With the beginning of a new year, the Nova Scotia RCMP is kicking off a month-long campaign to remind people about the importance of buckling up.

While seatbelt use has been mandatory in Nova Scotia since 1985, last year RCMP issued 2672 tickets in the province for seatbelt infractions.

When a driver or passenger is not properly belted into their seat, they not only put themselves at risk, but also jeopardize the safety of other passengers travelling in the vehicle. The force of an impact can propel occupants into the dashboard, the windshield or each other. When seatbelts are not used, occupants can also be ejected and crushed by the vehicle.

The driver is responsible for ensuring that passengers under 16 years of age are wearing a seatbelt. Children can use an adult seatbelt when they are nine years old or 145 cm (4’9′) tall, otherwise they must be buckled in using an appropriate restraint system (e.g. car seat or booster seat) according to their age, weight and height.

A vehicle’s seatbelts must be used properly and remain in good working order to be effective. This means that a seatbelt cannot be worn in a manner other than directed by the manufacturer (i.e. under the arm) or be structurally altered in any way. Improperly wearing or altering your seatbelt in Nova Scotia can result in a ticket the same as not wearing one at all.

Nova Scotia RCMP will continue to monitor and enforce seatbelt usage, and motorists found breaking the law should not expect a warning. Fines for not wearing a seatbelt start at $180. 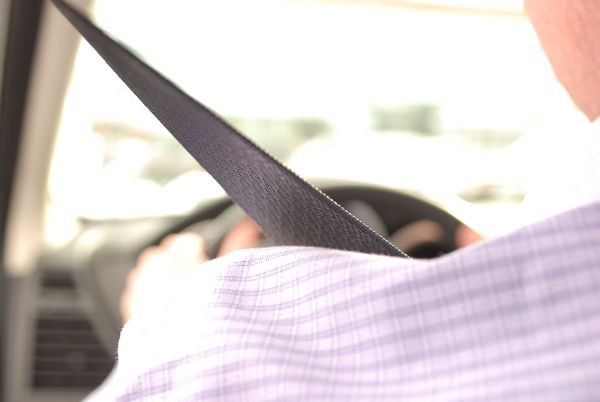 Seatbelts: A click can save your life, Dartmouth, N.S.
https://haligonia.ca/seatbelts-a-click-can-save-your-life-dartmouth-n-s-123579/