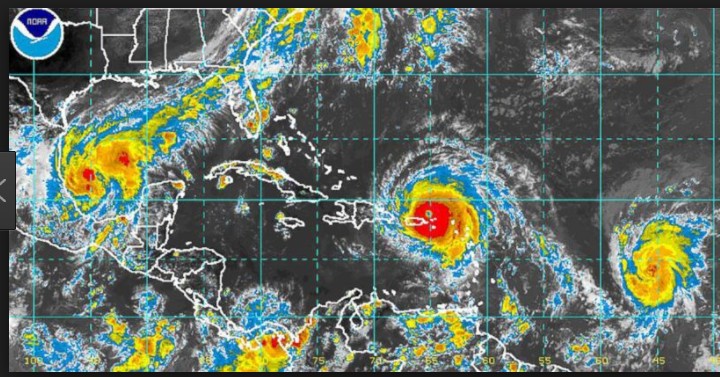 September may have been the most active month of hurricanes on record.  Meteorologists use an index, based on an energy calculation from the maximum wind speeds every six hours.  The Atlantic Cyclone Energy (ACE) Index in September 2017 was very high, given the number of major hurricanes that developed (Irma, Jose, Lee and Maria). 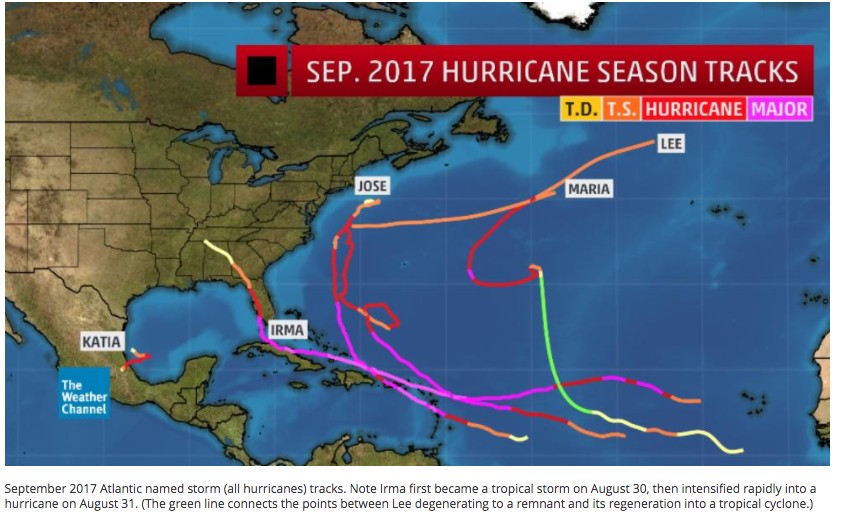 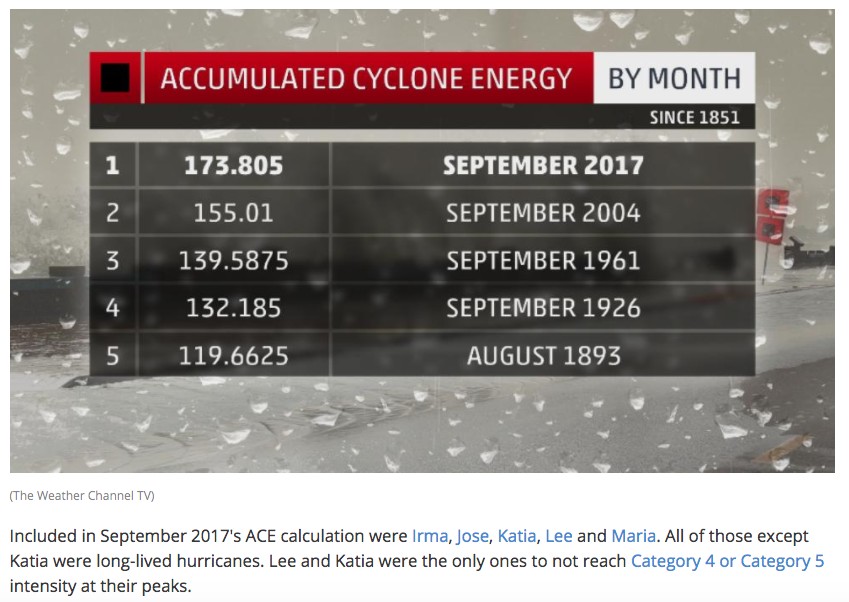 While there was a couple of enhanced rainfall events (e.g. 50-90mm in Nova Scotia from Maria moisture). the Maritimes were mostly impacted by persistent warm and humid tropical air during the month of September. 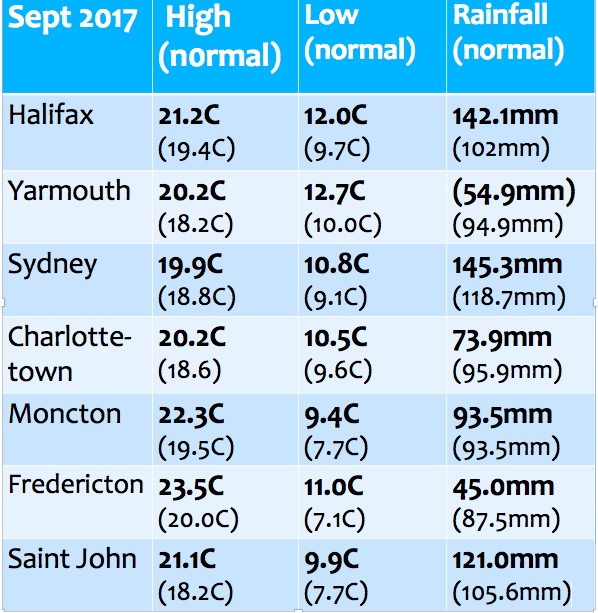 Temperatures were well above normal, with Fredericton being between 3 and 4C above normal for the month.  Precipitation was quite variable, with heavy tropical downpours contributing to the above normal amounts in Halifax, Saint John and Sydney.

Looking ahead into October, in spite of a cool start, there will likely be more tropical activity in the Atlantic, giving the Maritimes some warm and potentially damp weather.  Ocean waters remain warm (especially where hurricanes have not developed), and models do predict the likelihood of a warmer than normal October. 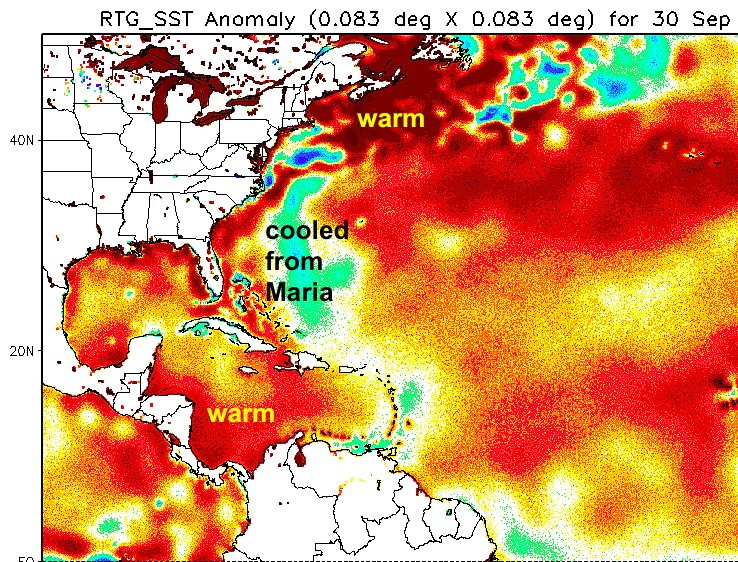 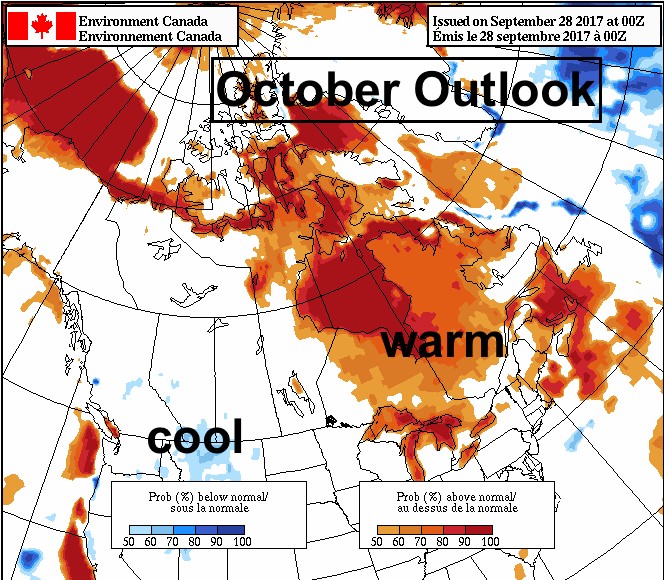