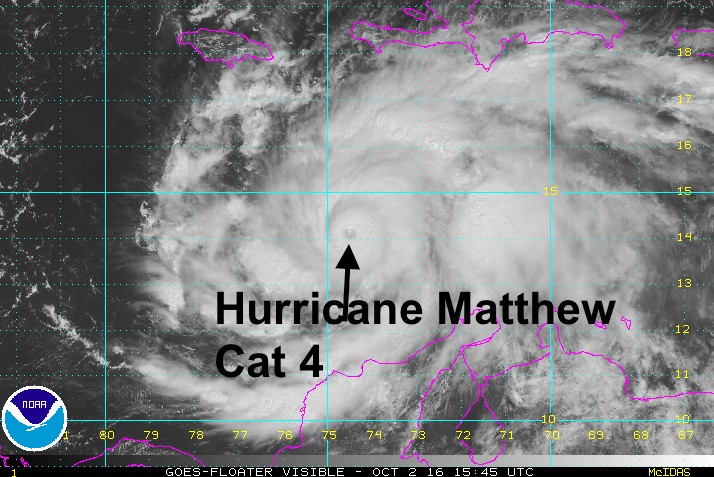 September continued the stretch of above normal temperatures across all three Maritime Provinces.  Furthermore, every major location had below normal precipitation.  The deficit in precipitation, especially in areas like southwestern Nova Scotia, is running around 200mm this summer. Groundwater, lake and river levels are well below normal, impacting availability of water for domestic use and healthy ecosystems. 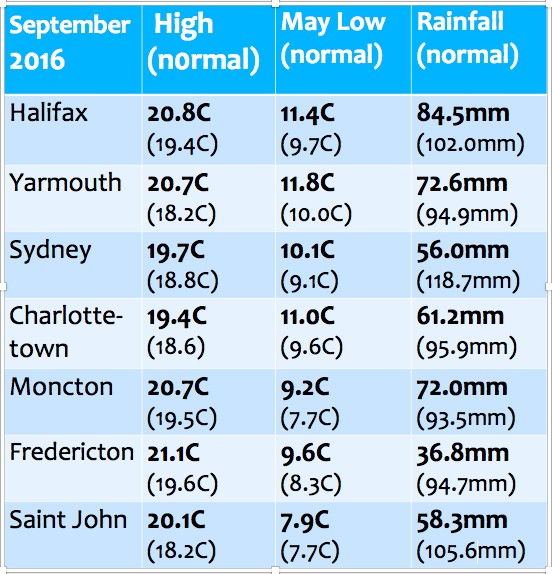 Looking ahead, the warmer than normal ocean temperatures are expected to maintain temperatures in October near or slightly above normal. 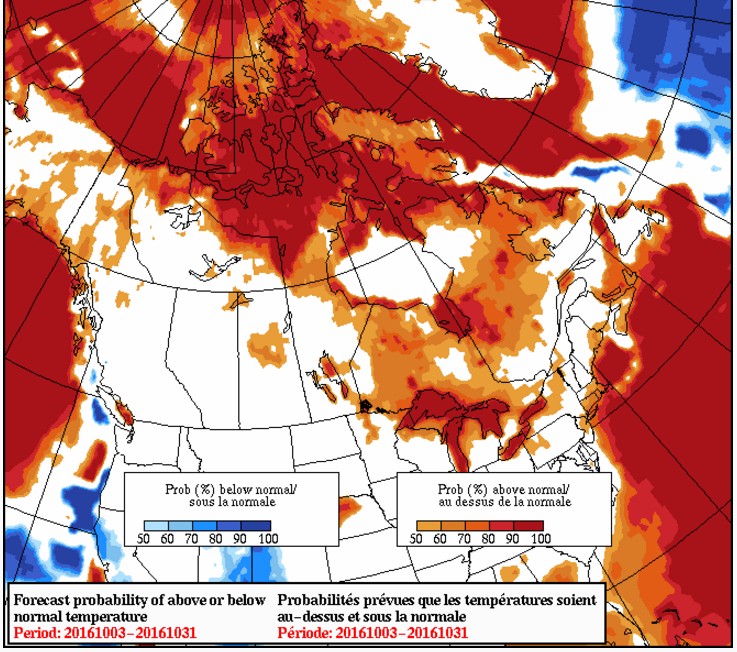 As hurricane season continues into October, we need to pay attention to activity in the tropical Atlantic.  Hurricane Matthew, a powerful category 4 storm is threatening eastern Cuba and western Haiti today and Tuesday as it moves northward.  This northward trajectory will continue this week moving it subsequently into the Bahamas.  Later in the week, the fate of the storm will be determined by its interaction with a trough of low pressure approaching from the Great Lakes.

Long range computer weather models have a spread of potential tracks for this storm for the Thanksgiving weekend.  Of course, Atlantic Canada finds itself within this spread… ranging anywhere between New England and the Grand Banks. 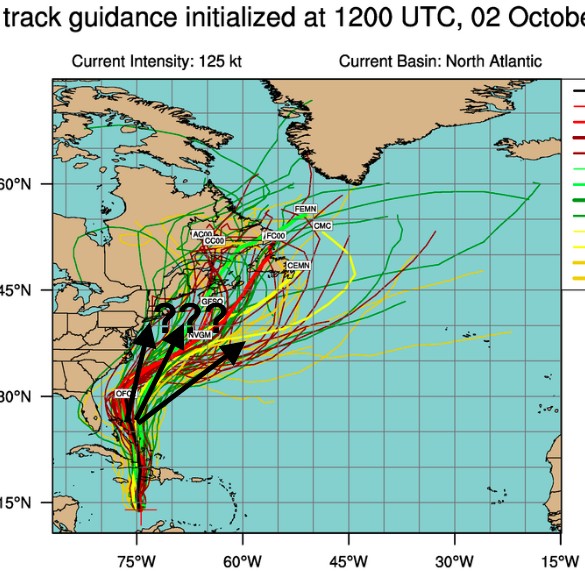 If the storm does threaten our area, it will likely change its characteristics.

By chance, the very long range US forecast model has the storm passing over the Maritimes in 7 days time.  Meanwhile, the European model still has the storm off the Carolina coast. Models have very large errors in their seven day forecast.  Nevertheless, it’s not too early to prepare for this possible scenario. 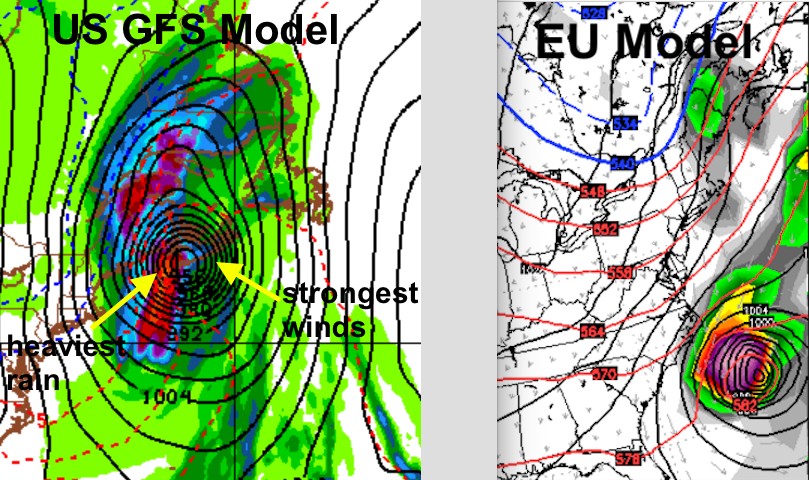 So stay tuned to Environment Canada’s Canadian Hurricane Centre forecasts and warnings should the storm threaten us.  Until that time, the weather will be quite pleasant.

September: Warm And Dry. No Hurricanes… Yet.
https://haligonia.ca/september-warm-and-dry-no-hurricanes-yet-165518/