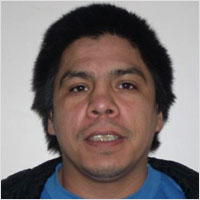 Poulette has been professionally assessed as a high risk to re-offend in a sexual manner.

Police are providing information to all citizens of Nova Scotia, particularly those residing in Halifax Regional Municipality, about a sexual offender living in our community.

Thirty-eight year old Benjamin Andrew Poulette has been released from a federal penitentiary after serving time for sexual assault.

Poulette has multiple convictions dating back to 1992 which include sex related offences.

He has been professionally assessed as a high risk to re-offend in a sexual manner.

It is believed that Poulette may access social agencies and/or transition houses in HRM and may visit First Nations communities within Nova Scotia.

As part of his release Poulette has been placed on a number of conditions. He is described as aboriginal with a medium complexion and black hair, 5′7″ tall and weighs 159 lbs.

THIS INFORMATION IS PROVIDED TO ALERT MEMBERS OF THE PUBLIC OF HIS RELEASE INTO THE COMMUNITY. ANY FORM OF VIGILANTE ACTIVITY OR OTHER UNREASONABLE CONDUCT WILL NOT BE TOLERATED.