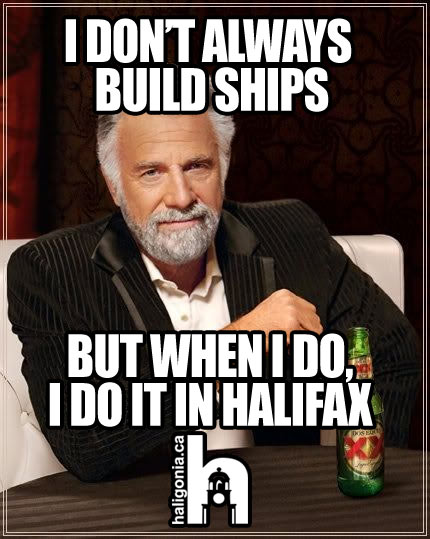 In an announcement made only a few moments ago on CBC.ca livestream federal Deputy Minister of Public Works, François Guimont had identified Irving Shipyard in Halifax as the successful bidder of the much anticipated $25-billion combat-vessel construction tender.

Over at the Nova Scotia government livestream dock-workers, union representatives and business leaders alike erupted into cheers and applause as the news came down. Premier Darell Dexter is currently giving a congratulatory response to all those who had a hand and a vision in the proposal process.

It was also announced that Vancouver won the smaller $8-billion contract for the non-combat vessels with the remaining $2-billion in tenders slated to be open for further bidding from other shipyards. Deputy Minister Guimont says the federal government's new shipbuilding strategy is a direct response to the need for greater efficiency and a more effective procurement process based on merit and the needs of the nation's fleets.

This tender is one of the biggest ever to be awarded to the province. Tell us what it means to you and how the economic landscape of Nova Scotia will be altered. Are we finally a 'have-not' province no more?