Con-ro’s are vessels that carry both Containers and have Roll on Roll off Capability. Once more frequent, these vessels are quite flexible, And Halifax is served by Several Regulars.

Oceanex Runs a twice weekly service from Halifax to St John’s Newfoundland with the Oceanex Sanderling.

Looking Much like a container ship, the huge Stern Ramp gives her away. She typically moves between Halterm and Autoport. Carrying Cars, Containers, Heavy equipment and even some traditional trailer loads. 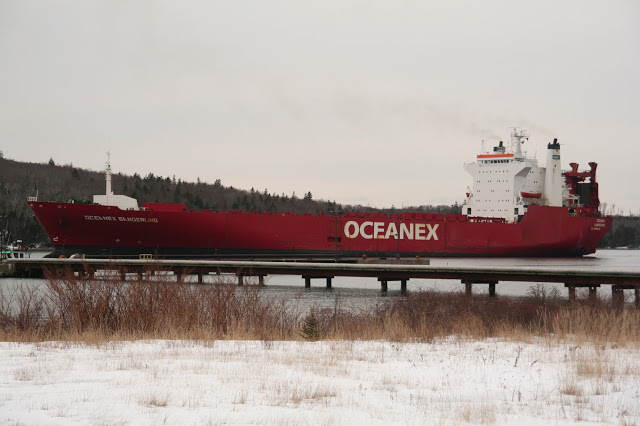 Oceanex also runs the Oceanex Connraiga, which offers a similar service, but from Montreal. Her stern ramp is built into the large block on the Stern. 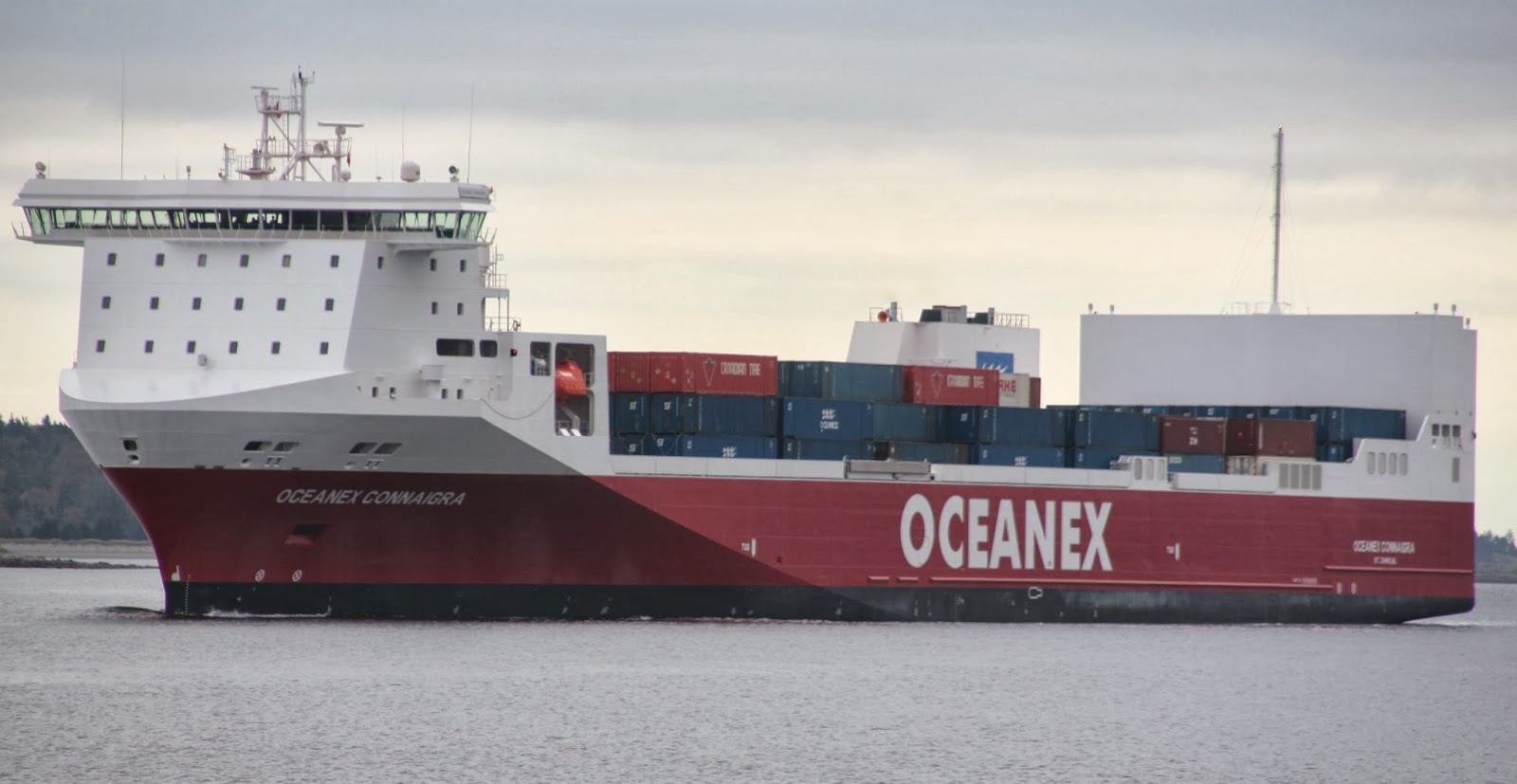 The National Shipping Company of Saudi Arabia, now operating as Bahri, has a fleet of New con-ro’s serving Halifax monthly. more space is devoted to Roll on Cargo, and containers are stored up front. The new vessels also carry 2 cranes for container, which is unique for a con-ro if this size. 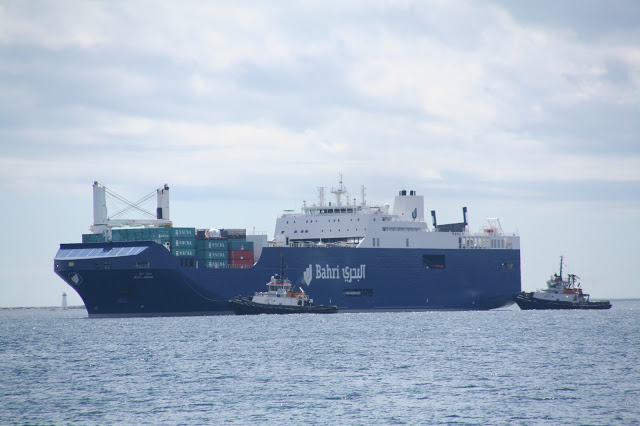 Atlantic Container Lines runs a twice weekly service between Halifax and Europe. Besides Containers, ACL frequently carries heavy equipment, Helicopters, and Assembled sections of Bombardier CRJ Aircraft in the RO-RO bay. These Vessels will be replaced by newer ones in the coming months. 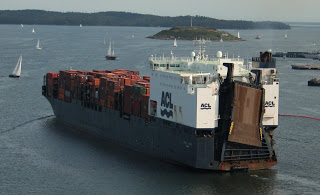 Fusion ran a weekly service to the French islands of Saint Pierre and Miquleon off Newfoundland. She can carry containers in a Hold or on deck, and features a stern ramp to allow trucks and other vehicles to drive on and off. Fusion was Replaced by the Larger (But near identical in Layout) Nolhanava 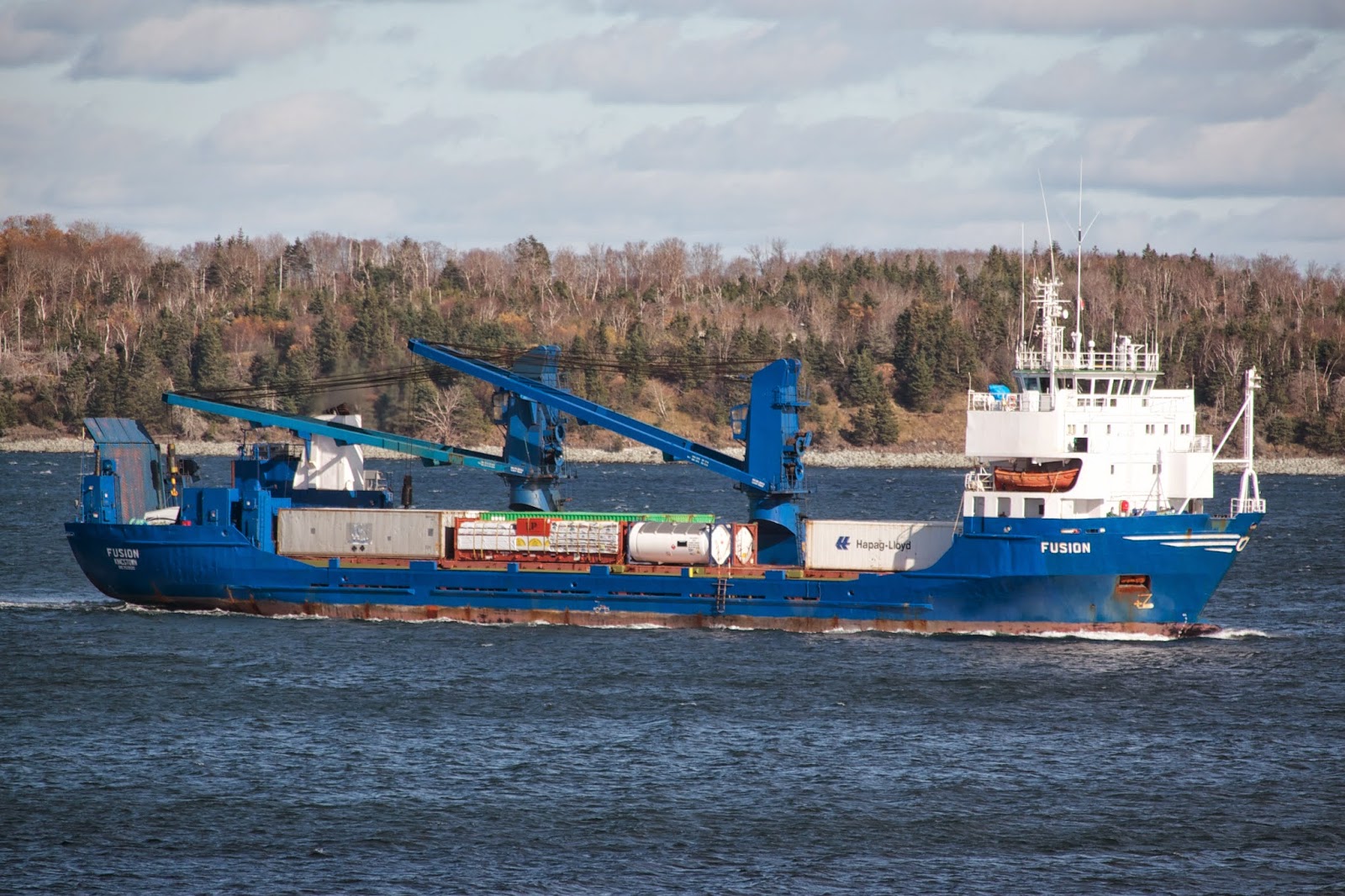