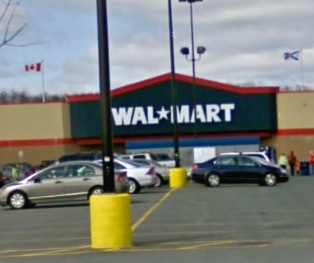 Police are looking for two suspects after an altercation at a Dartmouth Wal-Mart last night.

From HRPD:
Shoplifting/Assault with a Weapon

The suspects were both white males, and were approximately 25years of age. One was thin build with a shaved head. The other suspect had a thin goatee.