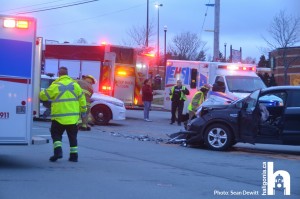 The province’s independent Serious Incident Response Team (SiRT) has begun an investigation into an accident Saturday evening in Cole Harbour between an RCMP vehicle and another car. 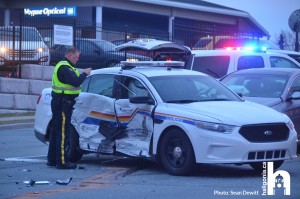 At approximately 7:30 p.m. a male RCMP officer was responding to a call regarding a young person in health distress. When he entered the intersection of Cole Harbour Road and Forrest Hills Drive his vehicle was struck by a car being driven by a female with two passengers. The police vehicle then struck a third vehicle. The female driver was taken to hospital with what is believed to be a broken ankle. The RCMP officer was also taken to hospital out of precaution. No other persons required hospitalization. 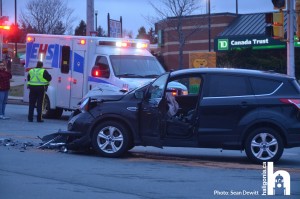 Upon learning of the injury, the RCMP contacted SiRT within an hour of the accident. SiRT assumed responsibility for the investigation at that time and attended the scene.

The Serious Incident Response Team is responsible for investigating all serious incidents involving police in Nova Scotia, whether or not there is an allegation of wrongdoing. Investigations are under the direction and control of independent civilian director Ron MacDonald.

The team can independently begin an investigation after a referral from a chief of police, the head of the RCMP in Nova Scotia or the Minister of Justice. It can also investigate after a complaint from the public.

The Police Act requires the director to file a public report summarizing the result of the investigation within three months after it is finished. 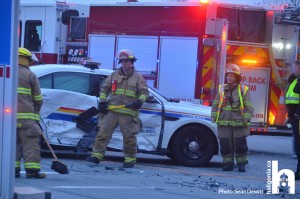