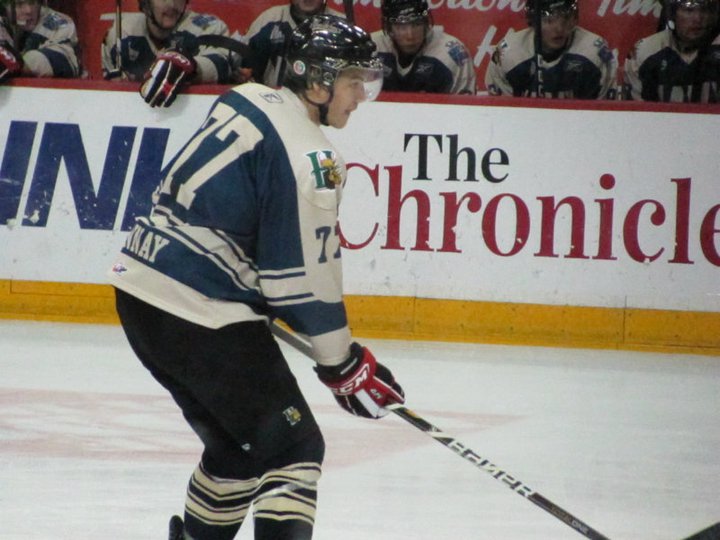 So, Do We Cut Sawyer Hannay Now?

Time to get rid of Hannay… Right?

Summerside native Darcy Ashley was the standout for the Mooseheads, as Mathieu Corbeil made 29 saves and the Moose cleared out the Chicoutimi Sagueneens 6-2 on Friday night.

Although they won by four goals, the final few minutes of the game were infused with badblood and a few nasty fights that saw a number of penalties and fights go down.

With less than forty-five seconds left on the clock, he dropped his gloves after the whistle and went after Vermette, getting an instigator penalty, five minutes for fighting and a game misconduct for fighting in the final five minutes.

And despite the 3-inch height advantaged, Hannay proved once again, that he is only good as a punching bag for the opposition.

My question is this: If the Mooseheads cut Garrett Clarke for taking dumb, needless penalties then what discipline should be given to Hannay when he has been suspended once and could see himself suspended once again for his latest bonehead move.

Hannay is probably half the athlete that Clarke was, has shown himself liable to bad defensive give aways and is facing his second suspension of the season.

So why let him stick around and take up space, when a player like Trey Lewis has proven himself a far more formidable fighter and far more responsible in his own zone.

If Bobby Smith and Cam Russell want to continue with their current path of logic, we should see Hannay packing his bags this week.

But then again this is Moose Country and anything can happen, right?

Henry Whitfield is an avid Mooseheads fan and you can find his thoughts on sports and more on his blog, or follow him on twitter @HenryWhitfield. You can also listen to him on air as a regular contributor to the Bill McLean Sports show on 88.1 CKDU.