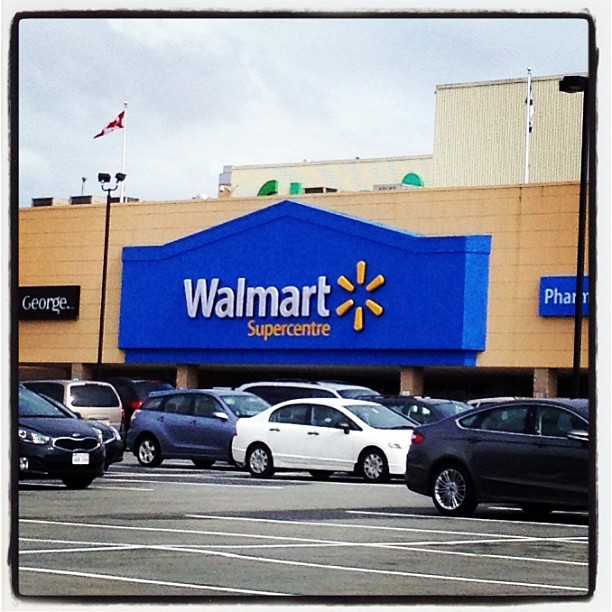 First off I have been in other Canadian Walmart Supercenter’s and this one can only be described as “Lite” , we won’t see the full onslaught until Bedford and Dartmouth Crossing open in October, This one seems quite focused on the produce and the freezers, there are quite a few aisles of freezers.

The Meat, Fish, Deli and Bakery are quite small 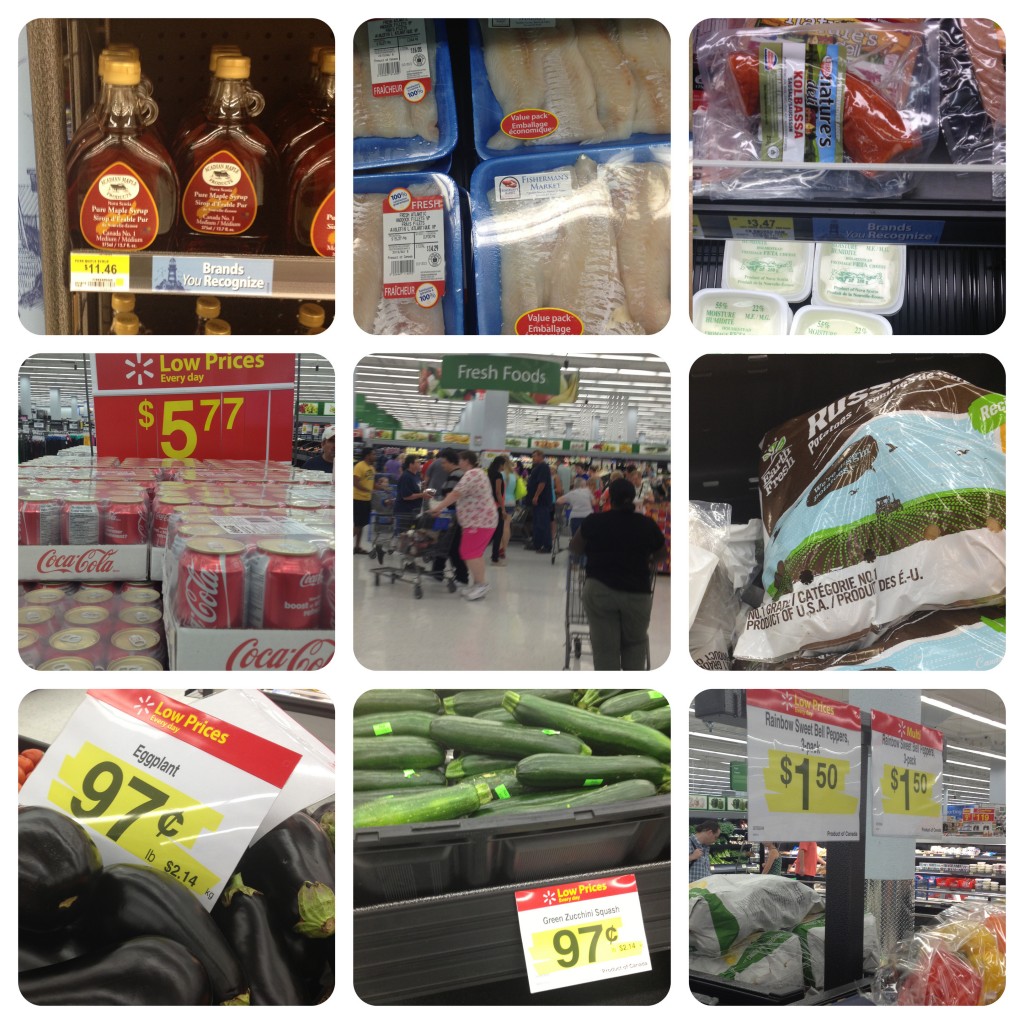 As you can see they have the “Brands You Recognize” program and they have Homestead Cheese, Acadian Maple, Fisherman’s Market as well as I saw Den Hann tomatoes. Though not completely focused as much of the other produce was from the US  but c’mon it should have been easy to get maritime potatoes. They do have lower prices on items (see chart). The people in there were behaving like this was the 1930′s and they we’re marveled by the modernist invention of a Supermarket. I even hear one couple fascinated by the size of the ham steaks, They were just Larsen Ham steaks you know the ones whose packaging hasn’t changed in 30 years. Where were these people buying food before?

I’m more upset with Sobeys who have one set of prices for the shoppers of the store above WalMart then they do for all their other shoppers, Sobeys maybe a NS company but that doesn’t make them local.  There were quite a few items in the Halifax Shopping Centre Sobeys that were labeled as “This Store Only”. While if you travel to other stores the prices we’re higher, which I know is often the case.

I don’t fear the WalMart I walked out without making a purchase. Those who already buy quality local product aren’t suddenly going to stop going to markets and independents. If I was going to head to Pete’s to get some groceries I’m not going to suddenly think of WalMart as an option. Though they may put pressure on larger farms, I think it will only affect other large stores.

So I Went to That New WalMart Supercenter Thing
https://haligonia.ca/so-i-went-to-that-new-walmart-supercenter-thing-80437/