Sobeys is acquiring Pete’s Fine Foods (Frootique). The word is that Pete’s will see no changes and operates as is, though you can only imagine there will be “Compliments” brand creep into the stores.

The more I read about the deal it seems Sobeys wanted Pete’s brain, he is on a 10-year consulting contract, expect to see some Pete ideas at your local Sobeys. It also gives Sobeys a model to launch smaller format stores in tony neighbouhoods.

The Portland Street Creperie has opened at 55 Portland, all responses so far have been very favourable.

October has been a bad month for Froyo in Halifax. Yeh! @ Pizza Corner has closed, joining Goji’s Bedford and Menchies on Barrington.
The Yeh! already has a new sign up  that says “Amazing Coming Soon”
The theme seems to be will it deep fry? There are also pictures of wings, pogos, dumplings, egg rolls & taquitos.

Lululemon is opening a second Halifax store, this time in Halifax Shopping Centre, a pop-up store will be open in the next couple weeks and then a permanent store as the mall continues with its renovations.

Black Sheep Restaurant is coming to Dresden Row in between Jincheng and P9 they describe it as brunch all day, cocktails and small plates at night.

Rebel Space Indoor Playground in Tantallon is closing tomorrow, but those of you with little ones may be pleased to hear another indoor playground is opening in Larry Uteck, beside a new golf simulator.

Pavia Gallery will be opening a cafe in the lobby of the Art Gallery of Nova Scotia.

I’m working on an infographic, but the top 3 NSLC‘s for sales for their last fiscal year were Bayers Lake, Tacoma and Forrest Hills. Tacoma is number 1 for beer sales and # 1 for spirits. However, Bayers Lake sold almost $2.5M more in wine. 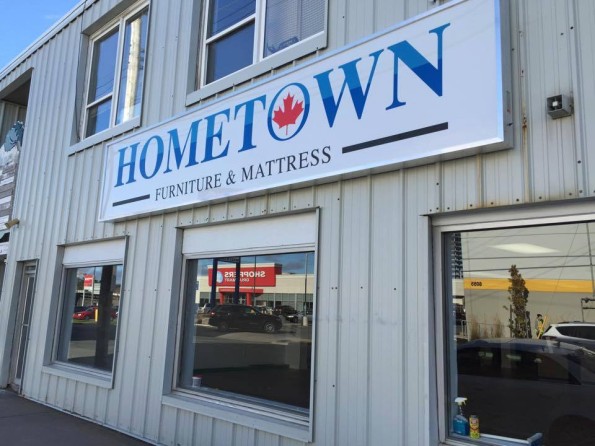 Do you remember a story of an international student who started selling mattresses out of his apartment while he was attending Saint Marys? Ended up running a furniture store out of his apartment and employing people and was planning to stay here but was told he had to leave because his student Visa expired. Well, he is finally opening a store front on Almon St.