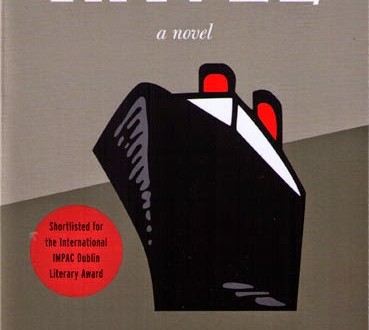 No time for Infinite Jest or The Goldfinch but you still want to read a good novel? No fear: we have compiled a list of great short books that are all under 150 pages:

The House on Mango Street by Sandra Cisneros (110 pages)

“This modern classic, about a Latina girl growing up in Chicago, has been translated and taught all over the world.

At 110 pages, it packs a punch all out of proportion to its size. Not surprisingly, given the compression and power of her work, Cisneros is also a poet”.

The Possession by Annie Ernaux (62 pages)

“In 62 laser-sharp pages, Ernaux zaps an obsessive, jealousy-fueled romance gone haywire. Is it truth or fiction? Probably a bit of both, and essential reading for anyone who’s ever messed up in love”.

In the Orchard, the Swallows by Peter Hobbs (139 pages)

“This recently released novel, about a Pakistani boy imprisoned for falling in love with the wrong girl, is both exquisitely written and surprisingly inspiring. At 139 pages, it weighs in as one of the giants of 2014”.

“For those who like their fiction hard-boiled, nobody did it better than Raymond Chandler. The prolific master of the detective story turned to writing after he lost his job with an oil company during the Depression. The Big Sleep was his first novel to feature his famous P.I., Philip Marlowe”.

“This novella, set in 1920s Harlem, is about the reuniting of two mixed-race childhood friends. One of them, Clare, is able to pass as white, and has even lied to her husband about her racial origin. This beautifully written book depicts the horrors of racism and the lengths that some people went to to not be considered “lesser than.”

“In 126 crystalline pages, Echenoz imagines the last ten years of Maurice Ravel’s life. The novel opens in 1928 as the great eccentric composer embarks on a grand tour of the United States. Echenoz provides not only a rich portrait of a flawed genius, but also illuminates the times in which he lived”.

For Colored Girls Who Have Considered Suicide, When the Rainbow is Enuf by Ntozake Shange (96 pages)

“Shange’s 1975 masterpiece defies category: It is performed as theater but reads like a gorgeously urgent prose poem. This passionate, courageous book vividly brings to life the experience of being a woman of color”.

“This book is about two opposing personalities (one good, one evil) battling inside one man (but it’s really about man’s dual nature–something that was particularly intriguing during the Victorian period)”.