In the last few decades, Canadian authors of South Asian descent have grown to prominence within Canada and internationally. Authors like Michael Ondaatje, Rohinton Mistry and M.G. Vassanji have become household names, their books frequently included on the short lists of the Giller Prize and the Governor General’s Awards.
So, in the spirit of the Flavorwire post, I’ve drawn up a list of Canadian authors with South Asian ancestry to further expand your reading options. The writings from these authors touch on the cultures and history of a number a regions, but the list is by no means exhaustive: feel free to contribute more names in the comments below.

Anita Rau Badami (M): Although now resident in Montreal, Badami’s website biography says “I have been a traveler since I was born. My father was an officer in the Indian railways and as a result we moved frequently. My geographies were in a permanent state of flux, I was always moving away somewhere, perennially settling in, and soon, change became my constant.” Badami’s books are largely set in India or Canada, and often explore the idea of place. Her most recent book is Tell it to the Trees, set in Northern British Columbia, the novel begins with a death, and unfolds to explore “a story of love and need, and of chilling secrets never told aloud.” (publisher’s description) 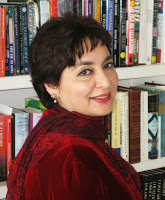 Shauna Singh Baldwin (M): Baldwin was born in Montreal, and currently lives in the United States, but her Canadian upbringing and Indian cultural background permeate her writings. Her first novel What the Body Remembers burst onto the scene in 2000 and won her the Commonwealth Writer’s Prize for Best Book in the Canada-Caribbean region. Her followup 2004’s The Tiger Claw was shortlisted for the Giller Prize. 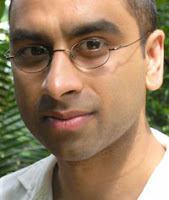 Randy Boyagoda (M): Born in Oshawa, Boyagoda’s parents immigrated to Canada from Sri Lanka about ten years before he was born. Author of two novels, frequent contributor to Canadian and US magazines, and currently a professor at Ryerson University, Boyagoda’s most recent book is Beggar’s Feast. The novel was inspired by a story he was told about a family ancestor and follows the life of Sam Kandy, born into poverty in a small village in Ceylon, who spends much of the 20th century rising above expectations from him. The publisher describes it as “a novel about a man who lives in defiance of fate.”
~ part 2 of this list will be posted tomorrow.