When I really stop to think about how long it has been since I have had a full night’s sleep, it gets overwhelming.  Honestly?  I can’t remember how long it has been.  The answer isn’t simply 6 months, 1 week and 2 days, because, let’s be honest, sleeping gets much harder the further into pregnancy you get.  All I do know is that it has been at least half a year since I slept through the night – probably (certainly) longer.

It really is a miracle how a body just adapts to motherhood.  I don’t know if it is the sleepless pregnant nights or the hours upon hours of labour that shocks a mother’s body into adapting to numerous wake-ups a night.

Before I got pregnant, I didn’t know how I would handle getting up in the middle of the night with a baby.  I was a sound sleeper and I needed my sleep.  As soon as my baby was in my arms, I somehow found the ability to wake up and take care of the baby and still manage to function during the day.

All of a sudden, all of the months of restless nights caught up with me.  I have been so tired.  So. Unbelievably. Tired.  Dangerously tired.

On Monday I went for a drive and almost made two critical driving mistakes.  I missed a red light, but was turning right and no one was coming so it wasn’t obvious.  I also almost managed to turn the wrong way onto oncoming traffic until I realized and quickly turned the other way.

My sleep deprivation had gotten to such a state that I was an impaired driver with a baby in the backseat.

I am certainly looking forward to the nights when I finally will get a full night sleep.  For now, I’m calling a time out.  There has gotta be a pause button my baby right?

I bet that third tooth that has already popped through and the fourth one that is coming is going to be some cute though. 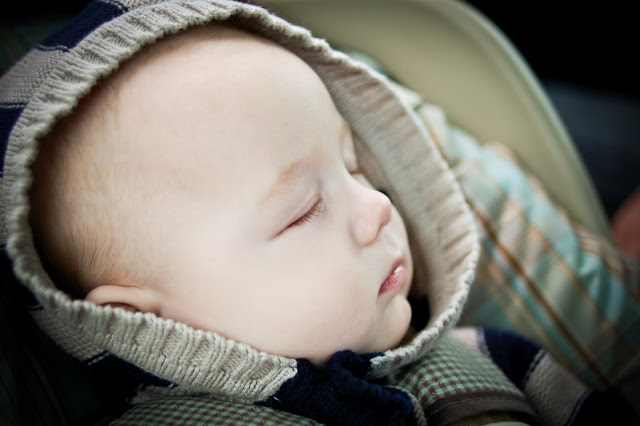