Is there any holiday more quintessentially ‘foodie’-oriented than Thanksgiving? A time to celebrate harvest, to give thanks and count our blessings, and to gather with friends and family to enjoy the fruits of several hours of labour, until our top buttons are ready to pop…

F. and I spent the holiday weekend in Montreal and Ottawa on yet another one of our whirlwind weekend trips. As such, we had a belated Tuesday-after-Thanksgiving dinner with my parents when we got home. I had gotten pretty used to being away from home for special holidays, but of all the comings and goings over the past few years, the one holiday I’ve consistently missed is Thanksgiving. It wasn’t until my mother reminded me, however, that I realized just how long it had been since I’d been home in October: Four years!

Luckily, while in Seoul in 2009 and 2010, I had the company old friends Mark and Cassie from St. Thomas University: friends who had a well-equipped kitchen, a deep sense of east coast hospitality, and who hosted a huge Canadian Thanksgiving dinner every year for Canadian, American, and Korean friends alike. So, in truth, I haven’t entirely missed out, but I haven’t been home for Thanksgiving in four years. I haven’t had my mother’s take on the dinner in much, too long and I haven’t been able to participate in the dinner the ways I’ve wanted to. So, yes, this year was definitely special, especially because I have so much to be grateful for: I’m still ironing out some career wrinkles (made infinitely wrinklier by coming home), but life is good and I do feel incredibly blessed to have such wonderful people and such delicious, bountiful food in my life. Admittedly, given that I didn’t have much time, my contributions to the dinner were minimal and my mother (bless her heart) did the lion’s share of the work. I came home from work on Tuesday to the smell of glorious, untold dishes piping away on the stove-top and that unbeatable aroma of a turkey roasting in the oven. With more preparation and experience under my belt, I fully anticipate spearheading the dinner by next year. Look out, turkeys of the world! 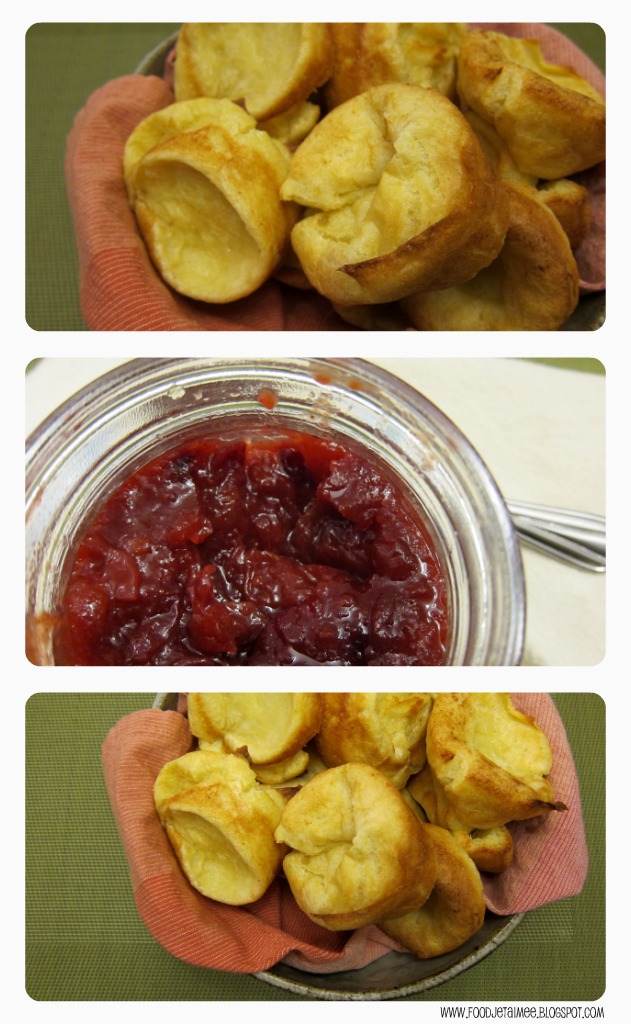 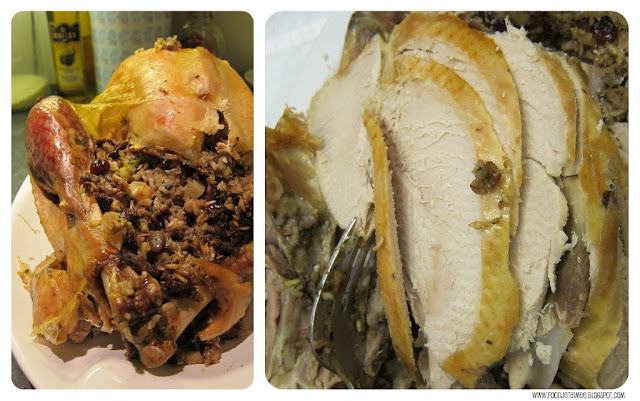 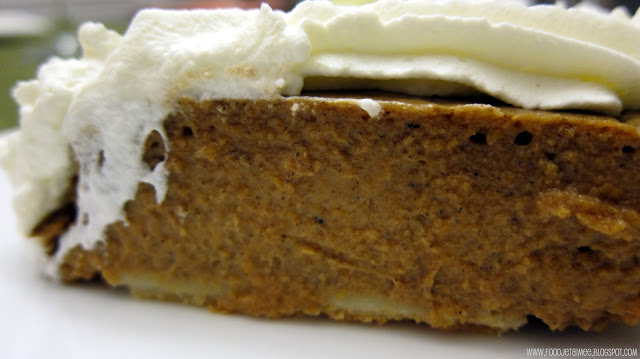 For my part, and for the time being, I took some advice from the Thanksgiving ideas offered by Aimée (great name!) on Simple Bites, and made one of her household staples: Yorkshire Pudding. Mine aren’t quite as pretty as hers, but it was my first try. They are the tastiest, I tell you, when piled with turkey and gravy.
I also made some homemade cranberry sauce, which was researched, devised and assembled the night before. After looking at several recipes – some basic, some not – I went with my gut and made my own version.

It was tart, flavourful, and a big hit at our table. It was really very easy to make and, for me, much more satisfying than anything found in a can. 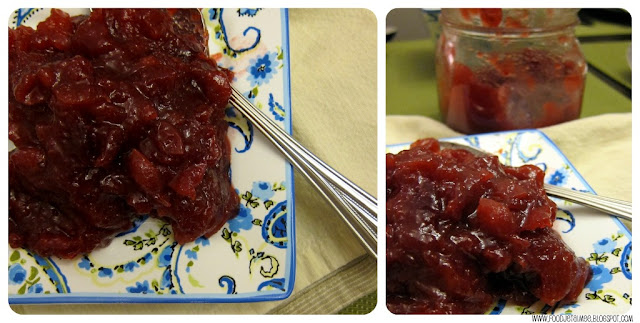 In a deep saucepan, over medium heat, mix sugar with orange juice and stir until dissolved. Add the cranberries, cinnamon, ground cloves, and ground nutmeg. Cover with a splatter screen and cook over medium heat, stirring frequently, for about 10 minutes until the cranberries pop and the mixture resembles jam. Add grated ginger and Calvados and simmer for an additional 5 minutes or until desired consistency is reached. Pour into a jar or bowl and allow to cool – about 2-3 hours – allowing the sauce to set. Cover and refrigerate overnight.

What are you thankful for? And which Thanksgiving dishes are your favourite?