The Nova Scotia Liquor Corporation (NSLC) is proud to be named the recipient of this year’s Lieutenant Governor’s Award for Conservation in recognition of 20 years of habitat
restoration through our relationship with the Nova Scotia Salmon Association. 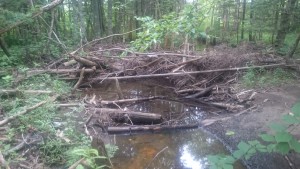 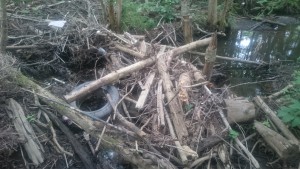 “The environment is precious and we believe it is important that we do our part to help keep Nova Scotia’s rivers and streams clean,” said Bret Mitchell, President and CEO, NSLC.

“We’re proud to accept this award and recognize the NSLC Adopt A Stream program is a success because of the hundreds of Nova Scotians who volunteer their time with their local conservation groups.”

Proceeds to fund our work with the program are raised by doing promotions in our stores in partnership
with our suppliers.

“We’d like to thank our suppliers and our customers for their ongoing support of this extremely important work,” Mr. Mitchell said.

“The work included removing garbage and woody debris that blocked water flow and the silt that had built up because of these blockages,” said Amy Weston who manages the NSLC program through the Nova Scotia Salmon Association.

“This further stresses our cold-water fish like trout and salmon,” Mr. Conrad said, making it hard for them to compete with warmer water fish and causing a shift and reduction in species in the river.
Since the NSLC has been involved with the partnership with the Nova Scotia Salmon Association, 35 community-based groups have restored 396 kilometres of fish passage across the province.