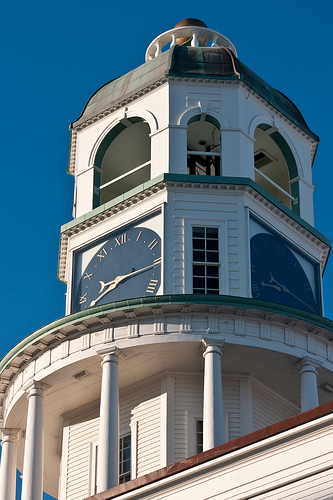 Loosing an hour of sleep is something I can live with because it’s a signal that warm summer days are ahead. If it means that I can get an extra hour to get stuff done during daylight hours, like biking, then that’s okay too.

Which makes we wonder, why do we change our clocks twice a year?

In the late 1700’s, Benjamin Franklin suggested the practice but it took a few years to adopt the idea. In fact, it all started in Germany in 1915.

1. It saves energy. When we’re awake, we’re more likely to have our TVs, dishwashers, and lights on (among other home appliances). By shifting the hours we’re likely to be awake to correspond with the daylight outside, we’re less likely to have the lights on, so we use less electricity.

3. It cuts down on crime. Crime tends to happen after dark. As is the case with accidents, people are less likely to fall victim to crime when their waking hours are synced up with the sun.

Moving clocks ahead in the spring can have an opposite effect. There can be more heart attacks in the week after springing forward — especially during the first three days of the week. Also, with the rise of use in air conditioners, that has to have an effect on things somehow.

In 1984, Fortune magazine estimated that a seven-week extension of DST would yield an additional $30 million for 7-Eleven stores. Slurpee’s?

Confused between Daylight and Saving?Atlantic Daylight Time is used during summer in Atlantic Canadian provinces (Atlantic Saving Time during the winter). Many other time zones alternate between standard and daylight as well.

I have to admit, I was fascinated with what I found while researching this post. I always thought DST had something to do with farmers. In fact, when Canada started Daylight Saving Time during the First World War, farmers disliked it.

As well as remembering to change your clock on Saturday night, don’t forget to change the battery in your smoke detector.