A sure sign that spring is just around the bend is the start of the Major League Baseball season. Rejoice! It’s almost here!  It has been admittedly been a few years since I was an avid baseball follower, but I’m still not immune to the season signs that opening day brings.

Major League Baseball has been struggling over the last few years with declining audiences, and this year the league is trying to get as much return as possible on opening season events. Their MLB website lists three separate regular season openers: the first regular season game on March 22 with a game in Sydney, Australia between the Dodgers and the Diamondbacks, Opening Night on March 30 with a match between the Dodgers and the Padres in San Diego, and Opening Day on March 31 with games happening across the US.

It’s been a few years since we threw out a post on baseball books, although we’ve been loading the bases with great baseball books all that time. While you’re waiting for your favourite team’s first game you might find one of these books is a home run.

Full Count: four decades of Blue Jays baseball (M) by Jeff Blair: I don’t want to get into too much partisanship with this post (the library has lots of books that focus on specific team — check for your favourite!) but this is a recent title on the only remaining Canadian Major League Baseball team. “In Full Count, Jeff Blair takes us back to the days when the Toronto Blue Jays were “the Cadillac of franchises,” and shows us exactly what they did right to become baseball’s premier club. Then he explores the disappointing aftermath, when the league’s fourth-largest market became an also-ran: seemingly destined to languish behind the big-spending Yankees and Red Sox and free-wheeling Rays–until the offseason of 2012.”

If you’re a baseball fan interested in players rather than teams, the library has a wealth of biographies that might interest you. We’ll highlight a few recent ones here but you can also search the catalogue under a specific athlete’s name or under the more general terms of “baseball players”  and “biography” to find stacks more.

If historical biographies are your interest check out Mickey and Willie: Mantle and Mays, the parallel lives of baseball’s Golden Age (M) by Allen Barra or The Dimaggios: three brothers, their passion for baseball, their pursuit of the American Dream (M) by Tom Clavin. 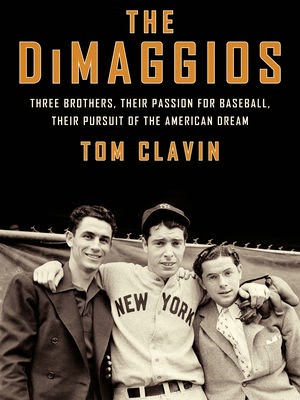 If more contemporary players are your interest try Long Shot (M) by Mike Piazza with Lonnie Wheeler, Wherever I Wind Up: my quest for truth, authenticity, and the perfect knuckleball (M) by R.A. Dickey with Wayne Coffey or The Captain: the journey of Derek Jeter (M) by Ian O’Connor.

If you’re a baseball player yourself, you might want to check out some books to help with your game, like High-scoring baseball: the complete guide to run production or Practice Perfect Baseball (M). Players and fans alike might want to brush up on the rules with  The Official Rules of Major League Baseball (M).

With so many fans and so much potential drama, it’s not surprising that Baseball shows up in the plots of so many novels, and it would seem remiss to not mention a few of those. The Might Have Been: a novel (M) by Joesph Schuster is a first novel about a struggling minor leaguer who finally gets his call to the majors, only to suffer and injury that ends his entire career. Kirkus Reviews called it “a damn fine read”. John Grisham isn’t a name you necessarily associate with baseball, but in 2012 he stepped away from the legal thriller genre and gave readers Calico Joe (M) which “follows the divergent paths of a rookie hitter for the Chicago Cubs and a hard-hitting Mets pitcher.” And I knew I couldn’t make it through this post without mentioning Chad Harbach’s The Art of Fielding (M), one of my favourite books of all time, which Publisher’s Weekly summed up as a “big-hearted and defiantly old-fashioned debut [that] demonstrates the rippling effects of a single baseball gone awry.”