There is an irony to labouring over words for this post about A Girl is a Half-Formed Thing by Eimear McBride.
Not because it doesn’t deserve attention, but because the book makes us examine the idea of accuracy. From a young age we learn about empiricism and the scientific method, colloquialisms like mind-over-matter, and such parental directives as think before you speak. But this book is a visceral account through the body. The Girl’s experiences don’t fit into a reliable grammatical structure. The urgency and trauma are unfiltered, like a word-sketch of a dance performance. I felt this book as much as I read it. And the feelings are not gentle or sweet. This book challenged me, and I don’t know how to recommend it except to acknowledge that it’s a powerful account of struggle, illness, abuse and identity. 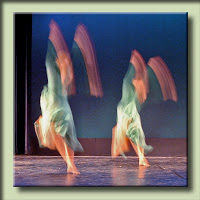 Eimear McBride was inspired by the work of James Joyce. She had been writing before, but started all over again after reading Ulysses. In an interview in the Los Angeles Review of Books, she said, “Stream of consciousness is where I came from, but I wanted to take it further. I wanted to take it back a step. So I’ve been saying stream of pre-consciousness, because it’s about gut reaction rather than processed thought, about before language has begun to form. The reader is right in at the very beginning of every experience the girl is having.”
Yes, the form is experimental, but it’s such a necessary part of the story, it’s hard for me to separate the two. After almost a decade of trying to get the book published, it has won numerous awards, including the 2014 Baileys Women’s Prize for Fiction. It is a story about family and religion and the chasm between public and private self. Read this when you want to look deeply. It offers truth that is not comfortable, in a world where so much is still not comforting.
Other books that may offer similar challenges and rewards through style and content are NW by Zadie Smith, Home by Toni Morrison and The Spinning Heart by Donal Ryan.

Staff Pick - A Girl is a Half-Formed Thing by Eimear McBride
https://haligonia.ca/staff-pick-a-girl-is-a-half-formed-thing-by-eimear-mcbride-110292/