While I was reading Behind the Beautiful Forevers: life, death and hope in a Mumbai undercity (M) by Katherine Boo, I had to keep reminding myself that is not a novel. Boo, a Pulitzer prize winning journalist, immersed herself for three years in a Mumbai slum, and working with translators, created a record of life in Annawadi from the perspective of three key families. Boo speaks through her subjects creating a reading experience that has the flavour of fiction.
Annawadi and its residents exist next to Mumbai’s international airport and is surrounded by luxury hotels. The slum is found behind a fence which bears the repeated slogan – Behind the Beautiful Forever. Thousands of residents live in crowded inadequate housing without running water and their chief economic activity is scavenging garbage and selling to recyclers. They lack basic education and their lives are permeated by official corruption.

Central to the plot is the feud between two families. Abdul is the teenaged (we assume he is teenaged, his mother is never sure of his age) son of Zehrunisa, a mother of many children. Her husband is ill and cannot work, although he can certainly produce children. Abdul is a garbage expert. He proves himself to be an excellent gatherer and sorter and becomes the family’s financial support. Zehrunisa, like the other slum dwellers, measures success in small gradations. She is doing well if she is doing better than her neighbour. Zehrunisa uses their income to improve their home and so begins the feud.
Fatima, or One-Leg, is their disabled neighbour. She was married off to an older man and throughout her life her circumstances may have been more desperate than others. Perhaps frustration and jealousy caused her to lash out at Zehrunisa’s family during the renovations and ugly words were exchanged. Fatima was irked enough to douse herself in a solvent and set herself on fire. She lived long enough to accuse Abdul, his father and his sister of the crime. The third party is this drama is Asha and her daughter Manju. Asha aspires to be a slumlord, the fixer of problems and a mediator between the residents and officialdom. Daughter Manju is innocence and hope. She pursues her education, memorizing (or by-hearting) english that she does not understand, much as the slum dwellers do not seem to understand the world in which they find themselves. 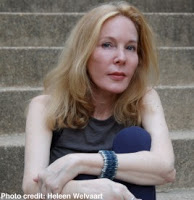 Behind the Beautiful Forevers has been nominated for the Samuel Johnson Prize for Nonfiction and I expect to hear that it has been nominated for more prizes before the year is out. This is a compelling and sometimes heartbreaking read. Boo allows her subjects to tell their own stories from their own perspective without editorial comment from her until the very end in an afterword.  She reflects on a society that does not band together to improve their lot and will sometimes pass by an injured or dying person and offer no help. Her conclusion is fear – fear of reprisals from police and a corrupt justice system that seems to care little for the truth and tries to squeeze as much money as possible out of these poor families.
Fans of Slumdog Millionaire (M) would surely be interested in reading this book.
Behind the Beautiful Forevers made me think of George Orwell’s The Road to Wigan Pier (M) in which he documented the lives of industrial workers in the north of England in the 1930’s. Orwell went down in the mines, lived in their shacks and ate their food. He documented the danger and misery they endured while he forced readers to question their resistance to socialist ideals.

Staff Pick - Behind the Beautiful Forevers by Katherine Boo
https://haligonia.ca/staff-pick-behind-the-beautiful-forevers-by-katherine-boo-67573/