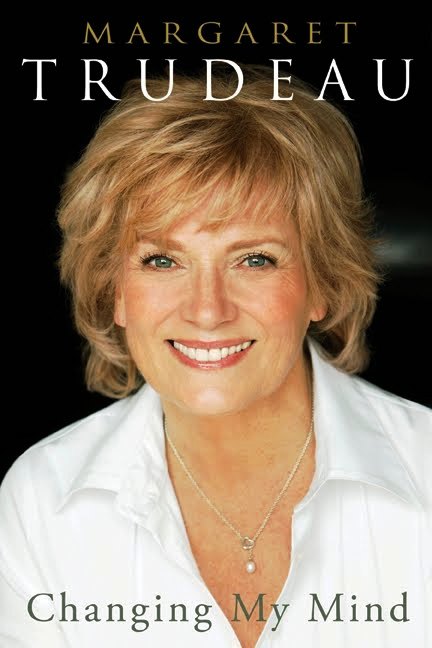 The recent election call got me thinking about the first time I became politically aware of anything. I remember hearing about a man named Pierre Elliott Trudeau who was our Prime Minister. Having grown up in a French-Canadian household Trudeau was much talked about and admired. Of course, when he married 22-year old Margaret Sinclair she also became the subject of much interest, not just in my home but everywhere she went.

As I grew up I watched her also growing and changing and from my inexperienced young eyes the changes were not always good. She sang a song to the wife of a head of state, she wanted to do things herself for her own children, and she infamously discoed with the Rolling Stones while her then estranged husband lost a federal election. What was going on with this woman?

What I didn’t see was what was going on inside her. Like many people suffering from mental health issues in the seventies, she went without a proper diagnosis and help for many years. Only after the loss of her third son Michel in an avalanche accident and the death of Pierre Trudeau did Margaret completely fall apart and find the help she had needed all along.

In her book Changing my Mind she is brutally honest and frank about her life at 24 Sussex Drive and after: she admits to an addiction to marijuana, to drinking too much, and to behaving in ways that were very unbecoming of someone married to a Prime Minister.

After reading Changing my Mind I admit that my feelings about her changed. I had always believed she was a good person caught in a series of life situations for which she was unprepared and so, so young! As I read along I realized that she was a woman who was ill and no one was coming to her aid. Today she is a strong, vibrant woman who has healed enough to explain and apologize for her past transgressions. Trudeau now battles for others fighting with mental illness.

During this current election, the name Trudeau is again on a ballot in Montreal. How must she feel watching her eldest son Justin and his family going through many of the same battles she fought? I’ll bet they’re glad Margaret Trudeau’s on their side!