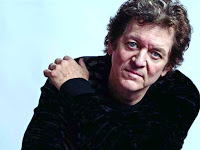 Rodney Crowell is a singer songwriter from Houston. Early in his career he was championed by likes of Emmylou Harris, Guy Clark and Townes Van Zandt. He later broke into the Nashville mainstream in1988, with a string five consecutive top ten country hits from his album Diamonds and Dirt. He later moved away from this lucrative mainstream country genre to create a body of critically acclaimed Americana music. He is was also well known for once being married into country music royalty, as the erstwhile husband of Roseanne Cash.

I first discovered Rodney Crowell during this second phase of his career His semi-autobiographical album The Houston Kid remains one my favourites. While reading his new childhood memoir, Chinaberry Sidewalks (M) I was quite struck with just how much of what he refers to in the book is alluded to in his songs.

His ragged childhood is the primary focus of this memoir, with only fleeting mentions of his later success as a performer. If you are looking for information about Nashville and/or his relationship with Roseanne, this is not the book. This memoir is really about his complex relationship with his parents.
His upbringing was brutal by today’s standards. He lived in a dirt floor shack with a serious leaky roof. His father was a heavy drinker, a frustrated singer and often turned violent. His mother was just as rough and tough, just as apt to hit rather than to hug her only living child. Despite all this, Crowell comes to truly love his parents. He tells us fabulous stories about his parent’s parties and his first use of a shotgun, about fiery preachers and lowdown sinners, neighbourhood bullies and epic battles with bows and arrows, and his first kisses and first guitars.
Although he had an awful lot to complain about, this is actually an uplifting book. Rodney Crowell has somehow managed to weather the storm with his dysfunctional family and ended up in in a place of love, respect and appreciation.

“Another Houston Kid. On a downhill skid. For Crying out loud.”
Well written, entertaining and emotionally moving. Highly recommended.