Jann Arden (M) has been a household name in Canada for about 20 years, yet I knew so little about her until now, having read her memoir Falling Backwards (M). It was written with the same voice I’ve heard in interviews – that open self-deprecating, funny Jann Arden which contrasts with her soulful and reflective songs. Her life reflects that same contrast between the tragic and the comic.

On one level there are descriptions of an idyllic childhood lived during the 1960s and 1970s in rural Alberta. It was a time that some of us can remember. Summer was spent outdoors with friends, only returning home when you’re hungry, filthy or it’s bedtime. The Richards family moved to rural Alberta when Jann was young and she managed to keep up with the boys, although she did grow up to regret the gopher-related atrocities. There were horses and sleepovers and relatively consequence-free high school parties. We see Jann Arden secluding herself in her basement, teaching herself to play guitar and the beginnings her hers songwriting and performing career.
There was also a dark side. Arden’s father was a alcoholic and this had a serious impact on the young family. Perhaps the most transformative event the Richards’ family life was not necessarily Jann’s fame, but her brother Duray’s legal troubles. Her elder brother has been incarcerated for more than 20 years and his youth was ruined by substance abuse and poor choices. Arden doesn’t present this information as a tell-all, but rather in a neutral matter-of-fact way. It’s a testament to the family unit that they remained together and supportive of one another despite their troubles.

The memoir covers Arden’s life up to the point of her burgeoning fame and Duray’s imprisonment. She tells about her time in British Columbia which may have been her lowest with her own issues with alcohol and promiscuity, followed by a restorative stint on a salmon trawler. Falling Backwards in an engaging memoir that has an easy chatty tone that is much like every interview I’ve seen or heard with Jann Arden over the years.
If you are interested in reading more by and about Canadian performers, you might want to consider Far and Away: a prize every time (M) by Neil Peart, Four Strong Winds: Ian and Sylvia (M) by John Einarson and Leonard Cohen: a remarkable life (M) by Anthony Reynolds. 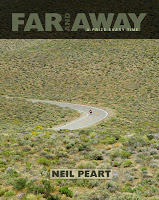