I was somewhat surprised to see that Roy MacGregor’s latest book, Northern Lights: the enduring mystery of Tom Thomson and the woman who loved him, has been shortlisted in the Crime non-Fiction category of the 2011 Arthur Ellis awards. (e book also available)

Who would have thought to think of this as a true crime book?

The nomination made sense to me once I delved deeper into the fascinating life of Tom Thomson. I had only known that he was an artist associated with The Group of Seven, and a Canadian icon. I had no idea that his death (and life) was steeped in such mystery, with such compelling and eccentric characters.

This title will appeal to many fans of biography, true crime and perhaps even a few mystery fiction readers.

Here is what the book reviewers say: 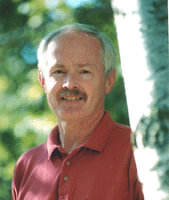 “Roy MacGregor, one of Canada’s top authors, unravels much of what is arguably the greatest Canadian mystery of all time in his latest book. . . . MacGregor has woven a convincing story.“
– Toronto Star

“It would be a shame to give too much detail from Northern Light because it is an intriguing, well-crafted piece of work blessed with all the natural elements of a great story: Fame, murder, lost love, shame, money, government deception and a drama played out against one of our country’s most magnificent natural backdrops. What more could a reader ask for?“
– Ottawa Citizen

Here is the publisher’s description: 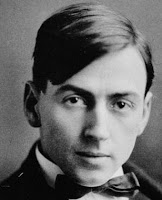 “Roy MacGregor’s lifelong fascination with Tom Thomson first led him to write Canoe Lake, a novel inspired by a distant relative’s affair with one of Canada’s greatest painters. Now, MacGregor breaks new ground, re-examining the mysteries of Thomson’s life, loves and violent death in the definitive non-fiction account. Why does a man who died almost a century ago and painted relatively little still have such a grip on our imagination?

The eccentric spinster Winnie Trainor was a fixture of Roy MacGregor’s childhood in Huntsville, Ontario. She was considered too odd to be a truly romantic figure in the eyes of the town, but the locals knew that Canada’s most famous painter had once been in love with her, and that she had never gotten over his untimely death. She kept some paintings he gave her in a six-quart basket she’d leave with the neighbours on her rare trips out of town, and in the summers she’d make the trip from her family cottage, where Thomson used to stay, on foot to the graveyard up the hill, where fans of the artist occasionally left bouquets. There she would clear away the flowers. After all, as far as anyone knew, he wasn’t there: she had arranged at his family’s request for him to be exhumed and moved to a cemetery near Owen Sound.

As Roy MacGregor’s richly detailed Northern Light reveals, not much is as it seems when it comes to Tom Thomson, the most iconic of Canadian painters. Philandering deadbeat or visionary artist and gentleman, victim of accidental drowning or deliberate murder, the man’s myth has grown to obscure the real view – and the answers to the mysteries are finally revealed in these pages.”