Raising Cubby: a Father and Son’s adventures with Asperger’s, trains, tractors, and high explosives (M) by John Elder Robison is an entertaining and insightful story of a father’s challenging journey in raising his talented only child.

The special twist in this story is that both father and son have Asperger’s syndrome, although both are undiagnosed for much of the story’s timeline.

This is Robison third book. He is probably best known for 2007’s Look Me in the Eye: my life with Apserger’s (M). His writing style is rather unusual in it’s matter of fact approach. So many times he casually mentions something that I found very intriguing – like building sound systems for KISS, purchasing a Rolls Royce at auction for only 10k, having a mafioso business partner – but provides only the scantest of details. But that is okay, because they aren’t central to the story. Hopefully he’ll expand on these topics in a later book?

The story is framed around Cubby being eventually tried as a felony in the State of New Hampshire, which provides a great tension building arc to the reading experience. In order to adequately tell how Cubby ended up in court as an 18 year old, Robison starts at the beginning. Robison describes his own difficult childhood, often reflecting in hindsight how obvious his Asperger’s now seems. Once John gets married to “Little Bear” and they have a Cubby, the story really gets going.  Much of Robison tale will be familiar to any parent of a strong willed child. But the complications of his own Asperger’s syndrome serves to make his parenting style unusual. 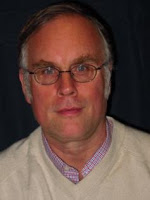 At times, I found myself thinking Cubby was simply spoiled and that his Apserger’s had little to do with it. And that Robison’s parenting approach was insensitive and bizarre. But as the story progressed, I found myself far more understanding and sympathetic to their actions. I became quite fond of both of them.

While the court case is really interesting and entertaining – featuring a DA straight out of a Hollywood B movie, it is the insight into lives of persons with Asperger’s syndrome that is the best part of this book. I feel that I have gained a meaningful increase in my appreciation and knowledge regarding Asperger’s syndrome.  It has inspired me to learn more.