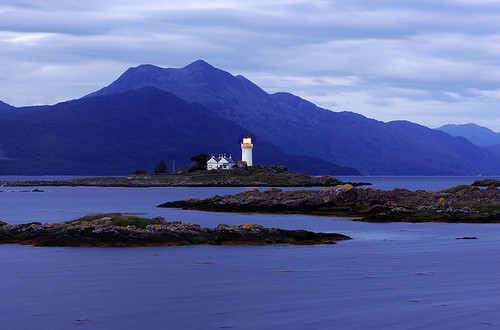 Share
“When you love someone and they die, it is as if part of you dies with them. Therefore all love, if you like, is a form of suicide”.–S.K. Tremayne

Not the overt kind of menace where the protagonist is feeling threatened by harm, but the insidious kind born of a mixture of mistrust, suspicion, social isolation and self-doubt.

Sarah and Gus Moorcroft once had it all. Careers they were good at and enjoyed, a nice house in Camden, a loveable dog, and beautiful and perfectly identical twin girls, Lydia and Kirstie. The girls were everything to each other, sharing a bond stronger than other sisters, with private jokes and their own special twin language. Then, when the girls were six years old, a tragic fall killed one of the girls. Their perfect life was shattered forevermore… You see the twins were so identical that even Sarah wasn’t really sure which girl died. At the time she thought it was Lydia. But now… she is not so sure. Have they mourned the loss of the wrong girl? The remaining twin exhibits character traits of both girls, and appears to be mourning her sister by claiming to be her… Almost as if they are ice twins melting, one into the other.

As a measure of getting on with life, the Moorcrofts decide to move to Scotland. Gus has inherited a tiny island in the Hebrides on the Sound of Sleat.

The cottage and the lighthouse on the island are in desperate need of repair as they have been uninhabited for years. There is no cell signal, no internet, and no television. The only way to access the island is by boat, with walking only possible at the low tide and then dangerous because of the sucking mudflats.

Once the Moorcrofts move to this beautiful and isolated spot, they hope that things will change and that life will hold some promise. But, it seems as though this isn’t to be. Their beloved dog ‘Beany’ seems to behave differently and doesn’t really like to be in the cottage which is perpetually cold and damp. There is a tension between Sarah and Gus that even the hard work required to live in this remote spot will not destroy. They both suffer from survivor’s guilt and fear for their remaining daughter’s welfare. When they enroll Kristie in the village school, her odd behavior – talking to an invisible someone and claiming to be Lydia – causes her to be ostracized by her schoolmates. When Sarah, in desperation for her daughter to have a friend, invites one of the little girls from the village over to the island for a play date, the day ends disastrously. Sarah secretly consults a child psychologist. She fears for her daughter’s sanity. The little girl seems to not know who she is and asks “Which one of ‘me’ is dead?”

Gus and Sarah themselves seem secretive and cannot recapture their previous relationship. The loss of their child has formed a rift in their family and this rift is filling with bitterness, deception and anger. There seems to be a huge question of what really happened the day of Lydia’s fall. Sarah herself cannot quite remember the sequence of events. Perhaps this is because directly after the fatality, Sarah was heavily medicated…

Set in a stunningly beautiful place, “The Ice Twins” is a novel with imagery second to none. The reader can almost hear the sound of the wind, the surf and the lamenting sea birds. As well, one could feel the vulnerability of being so dependent on the whims of mother nature. With the conditions becoming more and more bleak as winter approaches, the feeling of isolation is complete.

The narrative contained many red herrings, with suspicion and doubt abounding. The story was told mostly from Sarah’s point of view, but some passages were from Gus’s viewpoint. The atmosphere was creepy and the Moorcroft’s predicament distressing.

I was so invested in the story that I took my book everywhere I went and read during my coffee break and lunch at work. I appreciated the photographs contained within the novel as they brought the imagery into an even sharper focus. “The Ice Twins” was a genuine page turner that held my interest from beginning to end.

S. K. Tremayne is a bestselling novelist and award-winning travel writer, and a regular contributor to newspapers and magazines around the world. The author has two daughters, and lives in London.

“The Ice Twins” has been optioned by Alcon Entertainment.