I wonder if I’m alone in reading The King’s Speech (M) by Mark Logue before having seen the movie (M). This is one of those less common cases where the book follows the movie. It is not a novelization of the movie, but rather based on diaries and letters that were discovered once the movie project was under way. The story is a simple one. A man who stutters seeks the help of a speech therapist to improve his success with public speaking. What makes this story film-worthy is that this man reluctantly becomes king and his speeches set the tone for a nation at war.
The book version of The King’s Speech was written by Lionel Logue’s grandson, Mark and takes a deeper look at Lionel Logue, King George VI’s speech therapist. Logue’s story, while not as dramatic as the King’s, is equally interesting. Logue, an Australian, made his living teaching elocution in a time when how you spoke was more important and regional accents less acceptable. He had no formal training in speech therapy, but developed successful techniques working with shell-shocked soldiers returning home with speech impediments or unable to speak. Although the movie implies a shorter timeline, Logue worked with the King for several decades. While they undoubtedly developed a close personal relationship, there is no mention in the book of him calling the King Bertie, or of the King jumping about and swearing.

The book does not go deeply into Logue’s techniques, but certainly it is reinforces again and again that the King was successful because he worked hard and he worked hard for years. Others asked Logue if he could “cure” them as he did the King and he would reply, yes, but you have to work as hard as he did. Mark Logue expressed some concern that modern readers might find Lionel Logue’s letters to the King to be fawning, but in reality Logue had a deep and enduring respect for both the monarchy and for the man himself. I’m glad to have read the book first as I might have been looking forward to the drama and the emotion of the movie. What I did find was an engaging story of a man who became, almost unwittingly, an important player in a significant historical event, a warm and lasting friendship and a glimpse into a profession in its infancy. 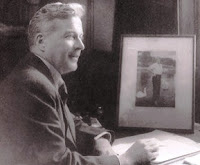 If you are interested in the details of King George VI’s life you might like to read King George VI (M) by Sarah Bradford. “King George VI’s “great wartime partnership” with Churchill, who ironically was very much his second choice for prime minister, helped sustain England through its darkest hour. An insecure man who approached his kingship with dread, he was forced as a child to become right-handed (he was born a leftie) and to wear wood splints on his legs to correct knock-knee. In this absorbing biography, Bradford ( Disraeli ) reveals the private side of a shy, beleaguered king who is often dismissed as a good but unremarkable man. She discloses his youthful affair with Phyllis Monkman, describes his historic visit to FDR in 1939, and provides a detailed account of his acrimonious running feud with his older brother, King Edward VIII (Duke of Windsor), who abdicated the throne to marry Wallis Simpson, whom George saw as a social predator. This exhaustively researched biography also gives a thorough account of Anglo-American cooperation to suppress damaging evidence of Edward VIII’s prewar pro-Nazi leanings.” – Publishers Weekly

And for another, and rather different, view of the relationship between patient and therapist try Timothy Findley’s Pilgrim (M). “Ageless. Sexless. Deathless. Timeless. Pilgrim is a man who cannot die, an astounding character in a novel of the cataclysmic contest between creation and destruction. It is 1912 and Pilgrim has been admitted to the BurghÖlzli Psychiatric Clinic in Zürich, Switzerland, having failed—once again—to commit suicide. Over the next two years, it is up to Carl Jung, self-professed mystical scientist of the mind, to help Pilgrim unlock his unconsciousness, etched as it is with myriad sufferings and hopes of history. Is Pilgrim mad, or is he condemned to live forever, witness to the terrible tragedy and beauty of the human condition?
Both intimate and expansive in its scope, with an absorbing parade of characters—mythic, fictional and historical—Pilgrim is a fiercely original and powerful story from one of our most distinguished artists.” publisher