The Paris Wife
by Paula McLain

This is the first book published in 2011 that I have picked up so far this year and I’m pretty confident it is going to be my favorite overall for this year. The Paris Wife describes Ernest Hemingway’s youthful marriage to Hadley Richardson and the years they spent in Paris. McLain depicts a very loving, but ultimately very selfish Hemingway. He spent his time in Paris soaking up the personalities and experiences of friends and acquaintances. He was on his way to becoming the monolithic personality we know as Hemingway today. He needed encouragement, praise and admiration. Although he was still young and finding his own way, he was on his way to becoming Papa. 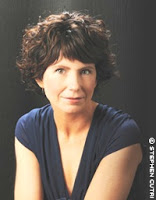 Paris, in the 1920’s, was the place to be. British and American writers and artists were drawn there by the inexpensive living conditions and a desire to be around one another and to share a bohemian life. In the years that followed the war, they lived self-indulgent lives. Alcohol, drugs and infidelity were rampant without much thought to the consequences.

Hemingway introduced Hadley to this lifestyle. She began life as sickly and overprotected, but with Ernest she grew resilient and strong. She was insecure in her role as woman behind the artist, but she wasn’t insecure in his love – at least not at first. She managed their home on very little money and she held her own with artists like Pound, Stein and Fitzgerald. Hadley was healthy, athletic and didn’t flinch at the bullfights which became Hemingway’s passion. Hadley had not yet found her own way in life, but dedicated herself to him and his work.

Whereas he was secretive and destructive, she was clear-headed about the end of their marriage. Hemingway’s faith in women was always on shaky ground due to this troubled relationship with his domineering mother and it took just one careless accident on Hadley’s part to diminish that faith further and ultimately signal the end of the marriage.

This is a lovely book, both elegant and atmospheric. It is a story I wished to savour, yet I had great difficulty in putting it down. This is a great read for anyone interested in character-driven literary biographies.

Other titles which come to mind while you are waiting for this one:

“Against the unforgettable backdrop of New York near the turn of the twentieth century, from the Gilded Age world of formal balls and opera to the immigrant poverty of the Lower East Side, bestselling author Susan Vreeland again breathes life into a work of art in this extraordinary novel, which brings a woman once lost in the shadows into vivid color.It’s 1893, and at the Chicago World’s Fair, Louis Comfort Tiffany makes his debut with a luminous exhibition of innovative stained-glass windows, which he hopes will honor his family business and earn him a place on the international artistic stage. But behind the scenes in his New York studio is the freethinking Clara Driscoll, head of his women’s division. Publicly unrecognized by Tiffany, Clara conceives of and designs nearly all of the iconic leaded-glass lamps for which he is long remembered.Clara struggles with her desire for artistic recognition and the seemingly insurmountable challenges that she faces as a professional woman, which ultimately force her to protest against the company she has worked so hard to cultivate. She also yearns for love and companionship, and is devoted in different ways to five men, including Tiffany, who enforces to a strict policy: he does not hire married women, and any who do marry while under his employ must resign immediately. Eventually, like many women, Clara must decide what makes her happiest—the professional world of her hands or the personal world of her heart. ” publisher

The Master
by Colm Toibin

“An international literary sensation, Colm Tóibín’s brilliant and profoundly moving novel tells the story of celebrated writer Henry James. While delving back into James’s past, the narrative’s present day takes place over the course of five significant years in the author’s life, during which he produced a sequence of major novels that came into being at a high personal cost. In stunningly resonant prose, Tóibín captures nineteenth-century European landscapes and the loneliness and longing, the hope and despair of a man who never married, never resolved his sexual identity, and whose forays into intimacy inevitably failed him and those he tried to love. Time and again, James, a master of psychological subtlety in his fiction, proves blind to his own heart. In The Master, Colm Tóibín has written his most powerful novel, one that enters the mind and soul of Henry James, the man and the writer, to give us a true portrait of the artist.” publisher

The Hours
by Michael Cunningham

“In The Hours, Michael Cunningham, widely praised as one of the most gifted writers of his generation, draws inventively on the life and work of Virginia Woolf to tell the story of a group of contemporary characters struggling with the conflicting claims of love and inheritance, hope and despair. The narrative of Woolf’s last days before her suicide early in World War II counterpoints the fictional stories of Samuel, a famous poet whose life has been shadowed by his talented and troubled mother, and his lifelong friend Clarissa, who strives to forge a balanced and rewarding life in spite of the demands of friends, lovers, and family. Passionate, profound, and deeply moving, this is Cunningham’s most remarkable achievement to date.” publisher