Daniel, a Jewish luthier, tells his Nazis captors that he is a carpenter and a cabinetmaker, thinking that this will make him more useful to them than as a maker of fine violins. He stumbles upon a musician playing badly and saves him serious punishment by speaking up and declaring the instrument to be damaged. He is tasked with repairing the violin and feels his humanity returning as he practices his craft once again. His success leads to a cruel wager. If Daniel builds a violin within a certain time frame the barbaric doctor will give the camp Kommandant a case of burgundy; if he his is unsuccessful the doctor will get Daniel for his insidious experiments.

The Violin of Auschwitz by Maria Angels Anglada is a beautiful little book that has tremendous emotional impact. Amidst the cruelty and arbitrary rules of the concentration camp, Daniel is able to focus on his talent rather than on the atrocities that surround him. His essential kindness is never lost and he remains compassionate to those around him. He takes comfort in the fact that his fiance and niece are in better circumstances than he. It is a story of contrasts. As he starves he imagines his fiance eating bread with butter. Despite the beatings, starvation, and torture in the name of medicine, there is music and craftsmanship. The prisoners live in an atmosphere of anxiety and fear. They know they will suffer punishment for unknown offences, they know that prisoners vanish and never return and they imagine much worse. Despite this Daniel retains his essential humanity and dignity. 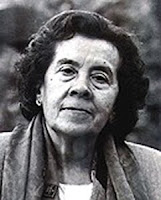 The Violin of Auschwitz was first published in Catalan in 1994. It has attracted international attention as it has been translated. The author, Maria Angels Anglada, completed this novel towards the end of her life, passing away in 1999. The film rights have been sold just recently and the potential film is being compared to The Pianist.

This subtle and lyrical story has inspired me to try other Catalan writers.

A Not So Perfect Crime by Teresa Solana – “Another day in Barcelona, another slimy politician’s wife is suspected of infidelity. Lluis Font discovers a portrait of his wife in an exhibition that leads him to conclude he is being cuckolded by the artist. Concerned only about the potential political fallout, he hires twins Eduard and Pep, private detectives with a supposed knack for helping the wealthy with their “dirty laundry.” Their office is adorned with false doors leading to nonexistent private rooms, a mysterious secretary who is always away, and a broken laptop computer picked up on the street. The case turns ugly when Font’s wife is found poisoned by a marron glacé from a box of sweets delivered anonymously. This is a deftly plotted, bitingly funny mystery novel. A satire of Catalan politics and a fascinating insight into the life and habits of Barcelona’s inhabitants, diurnal and nocturna.” – publisher

Pandora in the Congo by Albert Sanchez Pinol – “It is 1914. In the heart of the Belgian Congo, Garvey, a bedraggled British manservant, emerges from the jungle. He is the lone survivor of a mining expedition in which both his masters have died, and all of the party’s African porters have fled. With him, he carries two huge diamonds. From his prison cell in London, Garvey recounts his horrific and thrilling ordeal. Young Tommy Thomson, an aspiring novelist, is assigned to transcribe the story, and only he can untangle the extraordinary mysteries of the Garvey case” – publisher