The Incident Report by Martha Baillie has made the longlist for this year’s Giller Prize. (The judges this year include our own Alistair MacLeod.) The shortlist will be announced on Tuesday, October 6th, so stay tuned for that. 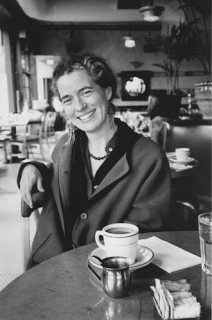 This novel is written in a series of incident reports recorded at a public library in Toronto. They are not like any incident reports that I have ever seen. Miriam Gordon, a young library employee, documents her encounters with library patrons of all varieties. The picture she presents of the public library is very one-sided, of course. Rational encounters with sane sober customers do not tend to get written up. Miriam begins receiving disturbing notes from an “admirer” which become increasingly threatening. Through her incident reports we learn of her troubled relationship with her father and her subsequent (consequent?) troubled relationship with her lover.
Photo © Christina MacCormick 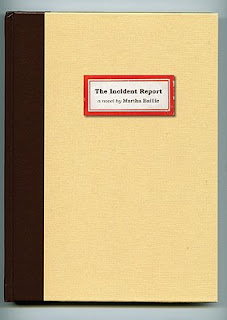 The Incident Report tends to be dark in tone with flashes of humour (picture the elderly man, dropped off daily by his efficient wife, gleefully unsupervised making his secret phone calls). Miriam has frequent harrowing encounters with unfortunate individuals who suffer from disordered thoughts. Most would find this frightening or at least distressing. Her co-worker, the longest serving employee, retreats to the staff room and cries. Miriam treats everyone with careful courtesy and compassion, always mindful of the library’s Rules and Regulations. She writes her incident reports with lyrical flair, somehow always remaining detached from the bizarre behaviour she witnesses. Her library reports are interspersed with her reports on her own life. Both are presented with the same detachment. 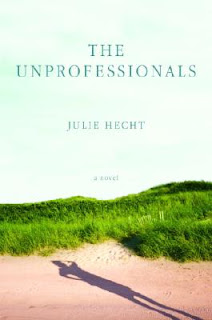 As well as being a love story and a mystery, the Incident Report is also social commentary. Public libraries in large urban centers sometimes become a gathering place for marginalized people.

The Incident Report brings to mind The Unprofessionals by Jule Hecht. Like Miriam and her lover in their sensitivity, the two loners in The Unprofessionals try to make sense of a world with which they are increasingly alienated. There is sense in both novels of bewildered individuals finding themselves in the center of chaos.