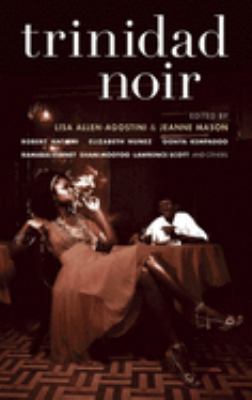 Noir Fiction is a loosely defined genre of crime writing that features gritty stories of the underside of society. Sometimes considered a subset of hardboiled mystery writing, sometimes considered synonymous with that genre, Noir Fiction traces its lineage back to the early 20th century. A quote attributed to George Tuttle in an article in Mystery Scene magazine in 1994, describes noir this way:

“…the protagonist is usually not a detective, but instead either a victim, a suspect, or a perpetrator. He is someone tied directly to the crime, not an outsider called to solve or fix the situation. Other common characteristics…are the emphasis on sexual relationships and the use of sex to advance the plot and the self-destructive qualities of the lead characters. This type of fiction also has the lean, direct writing style and the gritty realism commonly associated with hardboiled fiction.”

Classic crime writers like Dashiell Hammet and Raymond Chandler are considered by many to be Noir authors, as are more modern authors like Elmore Leonard and Walter Mosley.

I’m not a big reader of crime writing, but when I look back over the titles I have read, a lot of them fall into the Noir category. I like their realism and their to-the-point style, but more importantly for me, they generally have strong characters and (in a lot of cases) a distinct sense of place, which is something I generally look for in books.With that in mind, it’s not surprising that Trinidad Noir caught my eye when it arrived in the branch recently. It’s a collection of original Noir short stories all set in Trinidad . It’s actually part of a Akashic Noir Series that started back in 2004. (Akashic is the publishing house.) All the books in the series are centred around specific locations – neighbourhoods, cities, countries – and contain a collection of Noir stories set therein.

For this Trinidad version, Akashic has compiled stories from a number of authors with connections to Trinidad – some who reside there still and others who live abroad, including two authors with Canadian connections Ramabai Espinet and Shanni Mootoo. So in addition to some well crafted crime writing with a great focus on location, there’s a good chance you’ll uncover a new-to-you author or two.
If you’re interested in exploring Noir writing and like the idea of the neighbourhood focus, the library has a lot of the books in the Akashic series, including several volumes set in New York City, a London edition and a Toronto edition.