Statement from the CAO: Update regarding stadium proposal by Schooners Sport & Entertainment 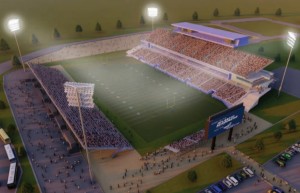 A proposal for a site-specific development that includes a stadium and a commercial district was first received by the municipality from Schooners Sport & Entertainment (SSE) on Friday, August 30, 2019.

SSE forwarded the latest version of its proposal on Tuesday, Sept. 17, 2019, following some initial questions and requests for clarification by municipal staff. 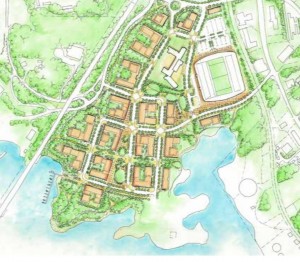 In the interest of transparency, the municipality sought approval from the proponent, SSE, to release the proposal publicly. SSE has consented to public disclosure of the proposal – with the exception of five appendices (A, G, H, I and O) containing information that is the property of a third party. SSE is currently working with the third party to review and redact information, as necessary, prior to releasing these documents publicly. Once any required redaction has been completed, and approval has been granted, we will be publicly disclosing the remaining documents.

Contents of the SSE proposal that have been approved by SSE for public release can be accessed via the municipal website.

Below is a high-level overview of the key aspects of the proposal as well as the next steps that need to be taken by the municipality in assessing the submission and preparing a report for presentation to Regional Council.

Key components of the proposal

The submission is comprised of a main body (approx. 35 pages) and a total of 15 appendices (approx. 430 pages), of which five cannot be publicly released until approval is granted by SSE.
The proposal content addresses a range of topics, including, but not limited to:

The SSE proposal assumes that some or all the funds for the municipality’s financial support would be generated from a tax incremental financing (TIF) model. As part of the Oct. 30, 2018 motion by Regional Council, the TIF model was identified as a potential means for the municipality to secure funding for the debt financing of a stadium.

Five funding options are outlined in the SSE proposal regarding the manner (timing, mechanism, etc.) in which the municipality may consider using the funds generated from the TIF to contribute to the stadium.

Option #1: Maximum Financial Contribution of $2M Per Year Over the Term of the Loan with TIF Revenue Going Directly to SSE

Option #3: Smaller Upfront Cash Payment with Committed Cash Payments over the Term of the Loan

Approach to assessment of SSE proposal

Over the coming months, the municipal project team will be analyzing the proposal through several perspectives, including:

•    Planning – A review of the development concept and form, site constraints, and the identification of a path forward to enable Regional Council’s consideration of new planning policy for the lands, including an appropriate public consultation program.

•    Municipal Services – Alignment with the objectives of the Integrated Mobility Plan (IMP); focus will be placed on reviewing the proposal in terms of impact on the existing transportation network, as well as the future potential opportunities for public transit and active transportation. It is important to note that the SSE proposal does not include a detailed transportation plan. As identified in the Oct. 30, 2018 staff report, expanded transit services will need to be considered as part of any potential plan to proceed with a multi-purpose stadium.

•    Finance – A comprehensive financial analysis to quantify the cost/benefit of the project both in the short and long term; confirmation of the total financial request from the proponent, both capital and operating; assessment of the deal structure, including evaluation of proposed financing options and associated risks for each; evaluation of the economic assumptions in the proposal, absorption rates and the impact on tax revenue projections as well as the potential benefit (incremental tax benefit) of having a stadium in Shannon Park; collaboration with multiple business units – including Transportation & Public Works, Planning & Development, Halifax Transit, and Parks & Recreation – to understand the impact of the proposal on municipal service costs and tax rate.

•    Regional Council Priorities – The proposal will also be assessed in terms of enabling the municipality to deliver on Council priorities.

General timeline for assessment and presentation of staff report

Per direction from Regional Council, the review by municipal staff must include evaluations on the need, cost-benefit, risk, economic impact, partnership opportunities and current cost estimates.  It is anticipated the CAO’s report with recommendations will be presented to Regional Council in late winter/ early spring.

Given the significant scope and scale of the proposed initiative, careful and extensive analysis is required on the part of the municipality. This will not only include an analysis of the proponent’s business model but also an assessment of all potential municipal business unit operational service impacts, capital requirements, etc.

Discussions must also be held with numerous local agencies, such as Halifax Water and Nova Scotia Power, as well as Canada Lands and government departments at the provincial and federal level before a report can be tabled for Council’s deliberation.

To provide Council with the thorough analysis and insights it requires to make a well-informed decision on this matter, the municipal project team must complete its due diligence. This reflects not only the respect owed to the citizens whose tax dollars we steward, but also the proponents who have committed many months to developing and compiling the information presented in the proposal.

Even after completing significant analysis as part of the due diligence, it is to be expected that Regional Council will have questions related to the CAO’s report requiring further investigation by staff as well as follow up with the proponent.

It is also important to point out that a decision by Council to proceed with the proposal would require the subsequent fulfilment of several conditions set out by Canada Lands before sale of the Shannon Parks site to SSE can be considered. These conditions include:

Statement from the CAO: Update regarding stadium proposal by Schooners Sport & Entertainment
https://haligonia.ca/statement-from-the-cao-update-regarding-stadium-proposal-by-schooners-sport-entertainment-268871/