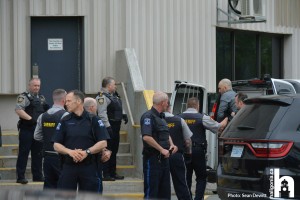 Steven Douglas Skinner, who was wanted for the murder of 20-year-old Stacey Adams in 2011, was extradited back to Halifax from
Venezuelan after being arrested on an international arrest warrant, made his first court appearance  in Dartmouth this morning. 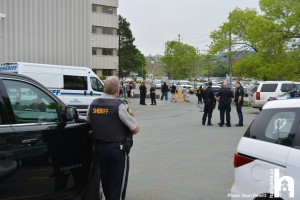 Heavy security surrounded the court as he arrived. A large crowd of friends and family of Adams stood near by, applauding as  Skinner was taken inside the courts.
RCMP had issued an international warrant last year for 43 year old Skinner after the 2011 death of 20 year old Stacey Adams in Lake Echo. 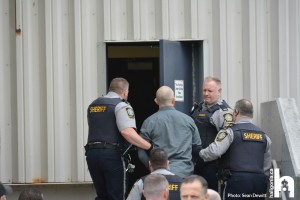