LA: So, I get it. Nautical stripes are a thing we’re all addicted to. But I think I’ve reached maximum stripe you guys. It’s isn’t just the tops anymore. And I’m pushing my matchy-ness into early-Betty Draper coordinates.

Get me a pillbox hat y’all, because I’m coordinated like you don’t even know and it is all stripes.

I made a New Year’s resolution to wear other patterns. And I swear I tried to buy others (there is a cute bird print t-shirt in my closet), but the universe makes it hard. Which is why this has happened. 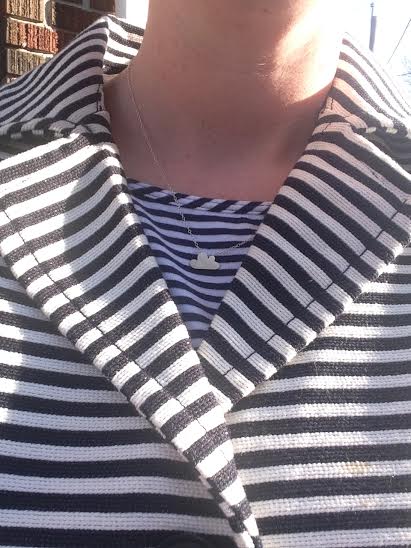 Not pictured is the striped headband. Although, in my defense, I did refrain from wearing the striped ballet flats. Because I wouldn’t want to overdo it. But then a few weeks later, I totally overdid it with these beauties. 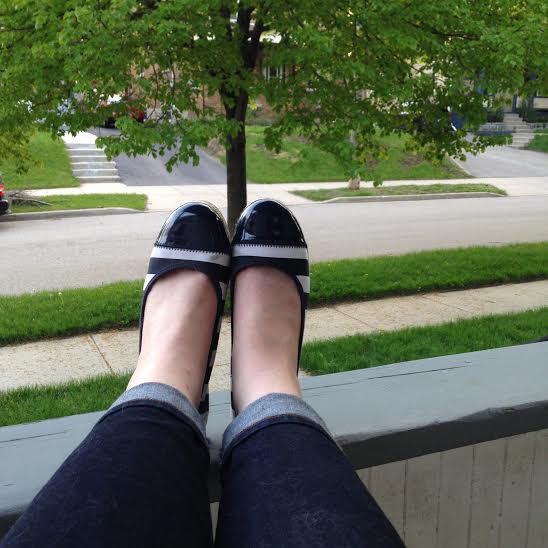 (Shoes: Nautica, found at Marshall’s; Cat fur, Hastings the cat – this is why Drake brings a roller to games)

While it might be a little too much, I figure I may as well just lean on in to my obsession for as long as I can. Because one day, mark my word, there will be no striped shirts. I know I’ve probably predicted this at least twice before (I have never claimed any psychic powers. Although I really wish I could), but if stripes were a commodity on the stock market (futures? Is that what it’s called? No idea), I’d start to bet against them at some point. Especially since I’ve recently seen some horrendous nautical stripes coming out of Northern Reflections. I mean, sure, a boat neck nautical stripe is all classic and shit, but if you’ve seen photos from the 80s and 90s, then you know there are periods in fashion history where people give zero fucks about what is classic/classy. Until then, I am going Sheryl Sandberg on my love of stripes. 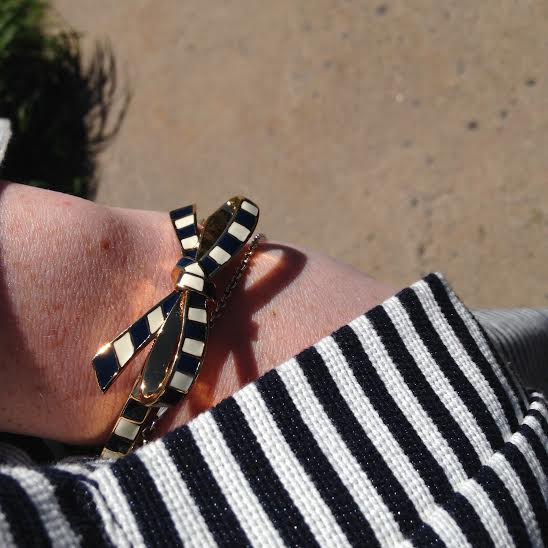 (Did I mention my work notebook is striped as well? Like I said. I’m leaning in).