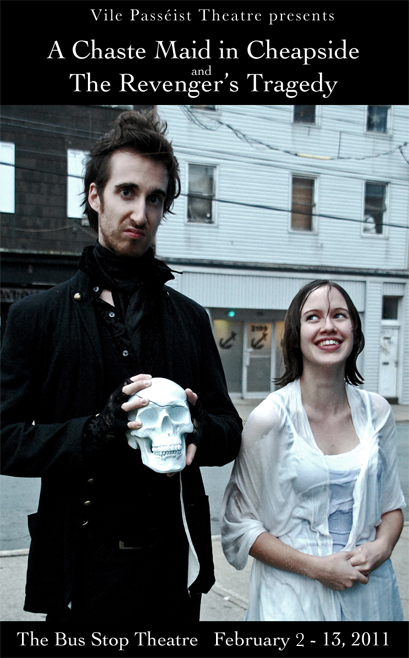 Stuck in the Middleton with you 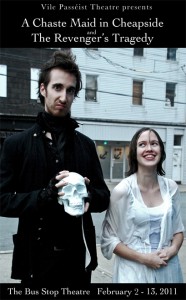 No, not the place where I once spent the longest Sunday night of my life watching my friends try to fix a broken car, but the Jacobean playwright.

The two productions they’re debuting sound ridiclous and fun. Check out these wild and crazy synopses:

A Chaste Maid in Cheapside presents three plots centered around the marriage of Moll Yellowhammer, the titular maid, who is daughter to a wealthy goldsmith. Moll loves Touchwood Junior, a poor gallant; her father, however, has betrothed her to Sir Walter Whorehound (WHAT), a philandering knight eager for Moll’s dowry. AHH!

The Revengers Tragedy finds Vindice returning to the Italian court to revenge his murdered bride after nine years of patience and meticulous planning. There he finds a world full of vice, evil, and sexual depravity, led by the very villain who poisoned his wife. HOLY CATS.

Now that we have established that these productions will be insane and amazing, want to win some tickets?

I’ll be blogging about VPT up until their premiere next week. Comment on this post, or any other theatre-themed post, with your favourite playwright, and you’ll be entered into a draw to win two tickets to a performance of your choice!

Another way to win is to tweet your preferred playwright with the hash-tag #eastcoastbychoice and include a link back to this post.

You better believe I’ll be front row centre for each of these plays. 17th century villainy is the best kind of villainy.