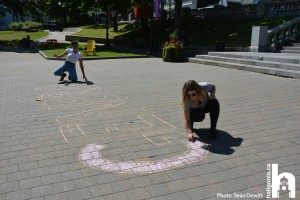 Food prices, rent, minimum wage and tuition dominated the topics written in chalk at Grand Parade today as students waged a chalk-in, a way to show their concerns through chalk art. 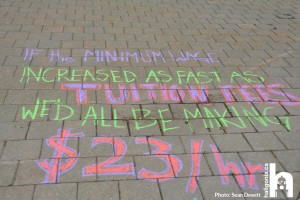 There were also strong reminders that elections matter to students, and there are many of them. 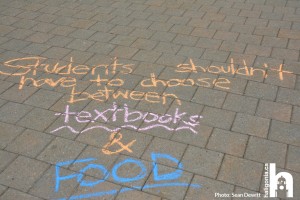 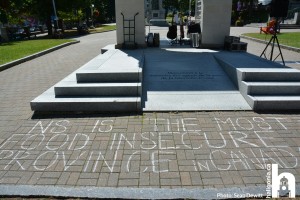 The Halifax Regional Municipality is home to approximately 35,000 university and college students, or 8.5% of the total population.