Today was the day.

I woke up to an alarm for the first time in months. Despite my propensity to wake up at any given hour with the baby, waking up to an alarm made me cranky. (How am I going to survive my first week back to work?!). Thankfully, I had showered the night before. I got out of bed, sprayed some grump onto any and all innocent bystanders (the husband), got dressed and picked out clothes for the baby.

Of course, getting the baby up, ready, and fed took longer than I expected so I was rushing out the door five minutes before we had to be there. We got in the car, drove off, and then did a complete 180 when I realized I left the cheque in the house. 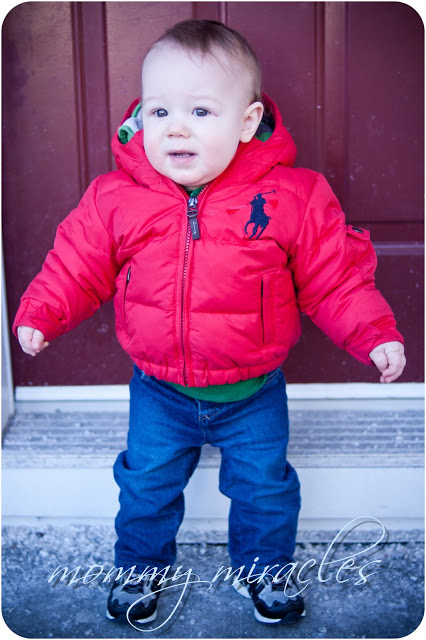 The obligatory ‘First Day of School’ photo on the doorstep.

Finally, we tore into the driveway 15 minutes late. I unbuckled the bub, grabbed his bag and speed-walked through the door.

So I left him.

And I went grocery shopping.
Alone. For the first time in almost a year. And I only spent $103.99.


When I picked him up an hour later, Cameron had a runny nose and a tear in his eye. He wasn’t having a melt down but he was clearly distressed. According to the daycare provider, it had been a good first day, considering. Cam was a little shy and wary of the other kids. He had spent most of the hour wanting to be in the daycare provider’s arms but then wanting down after realizing what he really wanted was Mama’s arms.

But Cameron, Mommy loves you. And I will never let you go. 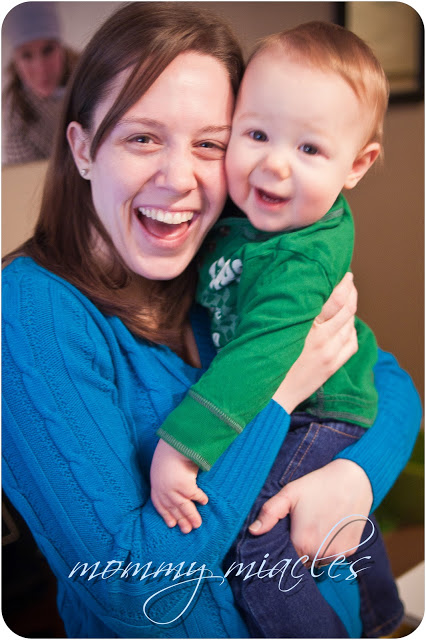 All photos taken today
11 months, 3 weeks, 3 days old
Laura (@LauraORourke) is a photographer who lives in Halifax, Nova Scotia. A wife to Dan and a mother to Cameron, she spends her free time blogging and reading. Her blog finds its home at http://miraclesofamily.blogspot.com. Her photography can be found at http://www.olalaphotography.com.