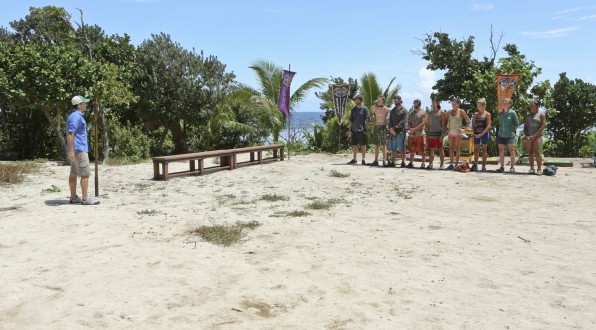 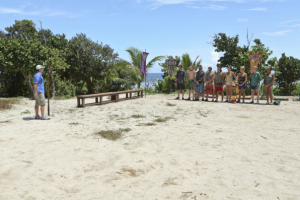 Wow! Has this season been filled with questionable blindside votes, or what? This cast has featured a few strong players, but I think they’re getting bamboozled by silly decisions made by loose cannons.

The drama began right when everyone got 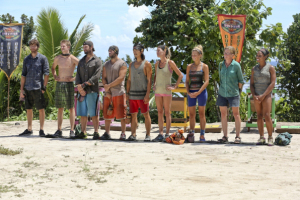 back from camp, and Tony was pissed about the vote. Hey guy! You didn’t get voted out. In fact, you’re kind of running the majority alliance. So cool your jets. Did Tony think that Spencer, Tasha and Jeremiah should have approached him to suggest voting out Morgan? Did I understand that correctly? Because that’s ridiculous.

That conflict made the result of the Reward Challenge all the better – Tony, Spencer and Jeremiah got to spend a spa day together. They chatted strategy, and Tony told them he might need them for a future vote. Back at camp, LJ, Jefra and Trish discussed keeping Tony calm until they didn’t need him anymore and going to the final three together.

I like Tasha as a player, but the way she approached LJ to talk strategy was a little odd. She gave him no incentive to want to talk to her  – how could she have swung him? At the time, he was sitting pretty in the majority alliance. He stood her up, because meeting with her would have made Tony suspicious. Poor LJ – sometimes you just can’t win.

The Immunity Challenge was a memory game, which Tasha won. The true brain from the Brains tribe!

With that, the plan was put in place to split votes between Spencer and Jeremiah. That would protect the majority alliance from someone playing a Hidden Immunity Idol. Easy peasy, right? It was the obvious move – Spencer and Jeremiah are both big threats for the end of the game, and good in challenges. It would make sense for everyone to want them out.

Tony cares about feeling like he controls the game. He cares about making big moves, whether they’re the right ones or not. He cares about moving a hundred miles per hour. I like that the guy loves to play Survivor, but he doesn’t know how to be patient. So instead of sitting back, getting rid of Spencer and Jeremiah, and then targeting LJ, he did it now. And he did it sloppily. 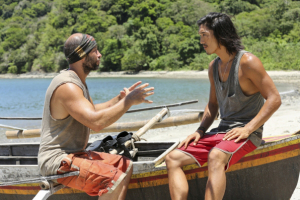 Tony decided that he’d convince everyone that LJ wanted Woo out. He didn’t need that story to get Tasha, Spencer and Jeremiah on board with the vote – all they care about is spending another three days in the game. Their four votes would have been enough to vote out LJ, because the other votes were split. But Tony used his story to get Woo (who proved himself, like Sarah, to be very 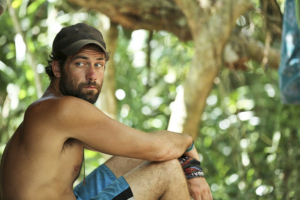 gullible) on board with voting out LJ. Then Tony approached Trish.

Trish is savvier than Woo. She didn’t want to stray from the plan for the final six. She didn’t fully believe Tony – only the day before, LJ had been worried that Tony wanted Woo out. Why would he say that if HE was the one who wanted Woo out? Trish’s only problem was that she didn’t think Tony would make the move. She should have alerted the rest of her alliance that Tony was going to flip. But the guy is such a wildcard, it was hard to know what he was going to do.

After the votes were cast, Spencer did not play his HII. I was worried, guys! I have him in the office pool and didn’t want to see him voted out. (My mom has Jeremiah, so I feared for both of us.) But Spencer didn’t need it! Tony and Woo both flipped, and LJ was voted out.

It’s too bad. I don’t know think it was Tony or Woo’s best move, so it was disappointing to see a great player like LJ ousted in such a way. If Tony makes it to the final three, who will vote for him? I think most players would beat him now.