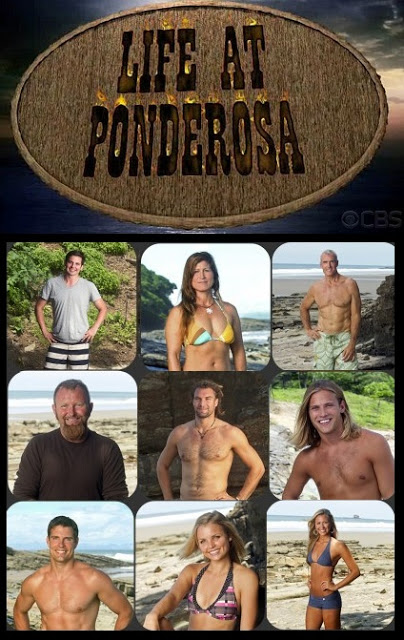 One thing was abundantly clear as I watched the “Life in Ponderosa” Survivor videos on YouTube over the past couple weeks – had Mike made it into the final three, he would have handily won the game. Matt and Grant would have had a pretty good chance, too.

Boston Rob made a smart decision in aligning with who he did, and he was lucky he didn’t end up in a situation where one of the three guys from Redemption Island could have won his way into the finals. Because although eight of the nine jury members voted for the player who played the best game, they did that because their buddies weren’t in it anymore.

It was interesting to see how warmly Grant was accepted by the folks at Redemption Island and at Ponderosa, considering he’d been an integral part of Rob’s alliance for most of the game. And I have to give all the old Zapatera players props for being nice to Andrea and Ashley as well. I’ve definitely seen people get chillier receptions at Ponderosa.

That said, no one seemed willing to pay them any compliments either. I don’t think anyone other than Rob played a great game this season, but I’ll give credit where credit is due – I think Andrea deserves some serious praise for beating out three big, strong men in the final quad-duel and I think Ashley deserves a tip of the hat for her back-to-back immunity challenge victories.

Maybe it just didn’t make the cut in the Ponderosa clips I saw, but I was also surprised at how little strategy talk there was. In other seasons, players rehash what happened in the game incessantly. But these people just seemed excited to be on vacation. I thought the members of Zapatera might ply Grant, Andrea and Ashley for more information on how their alliance had worked. I expected to learn a little more about whether Ashley had ever entertained the idea of flipping on Rob, or if Grant really thought he was going to the end with Rob. There was none of that, and so the Ponderosa videos were all a bit boring. And therein lies the reason that this season of Survivor wasn’t one of the best – Rob played a great game, but he has more strategic savvy in his left pinkie finger than they do in their entire bodies.

Did you watch any of the Ponderosa videos or extra footage? Did it change your opinions of any of the players?