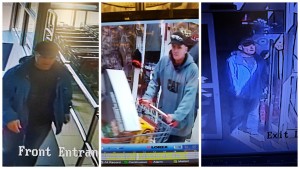 Halifax District RCMP is asking the public for help identifying two suspects involved in a mid-day theft of close to $2000 in merchandise from an open Canadian Tire store in Lower Sackville. 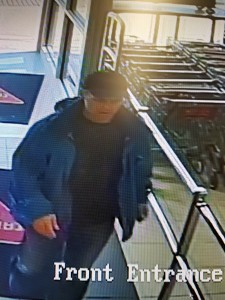 At around noon on October 22, two male suspects drove a black Dodge Caravan to the side of the Canadian Tire building at 796 Sackville Dr. A few minutes later the van pulls away and parks in the front parking lot. It appears the suspects cut the fence while parked at the side of the building. 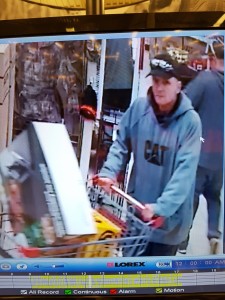 They proceeded in to the business where they filled multiple carts with merchandise including twoHusqvarna chainsaws, a KitchenAid Stand Mixer, a Minn Kota Trolling Motor (Endura C2 40, 36 inch) and a Shakespeare Glider Trolling Motor (36 inch, 55 lbs.).The suspects wheeled the carts outside to the garden centre, departed the business then proceeded to drive the van around to pick up the items through the opening in the fence and fled the scene. 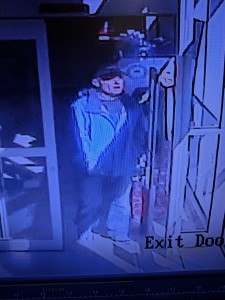 Suspect 1 is described as a clean-shaven white man between 40 and 50 years old. He was wearing a grey hoodie inscribed with the word “CAT”, black track pants, white sneakers, a black ball-cap with sunglasses on the brim.

Suspect 2 is described as a clean-shaven white man between 40 and 50 years old. He was wearing a green jacket, blue jeans, white sneakers and a black hat.

Anyone with information about this incident is asked to contact Halifax District RCMP or Halifax Regional Police at 902-490-5020. Should you wish to remain anonymous, you can also contact Nova Scotia Crime Stoppers at 1-800-222-TIPS (8477) or text TIP202 + your message to ‘CRIMES’ (274637) or submit tips by Secure Web Tips at www.crimestoppers.ns.ca. Calls to Crime Stoppers are not taped or traced and if police make an arrest and lay charges based on a tip, callers qualify for a cash award.