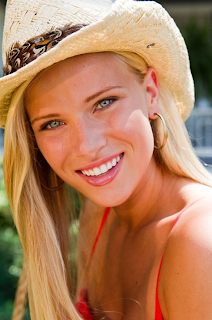 No seriously, stop it. Just go watch the show and come back later.

If you keep reading you’ll have no one to blame but yourself.

OK, here we go. I watched the finale of Sweet Home Alabama over the weekend, and I have to say I was pretty delighted by this series overall. I was really impressed with how Devin carried herself the whole time, and the low-key dates (or, as some people might say, low-budget) gave the relationships she formed a much more authentic feel.

By the final episode, Devin had narrowed her options down to two men, both country boys. However, as Devin herself pointed out, they couldn’t have been more different. Adam was a salt-of-the-earth type, very sweet, laid back, and a typical Southern gentleman. He was country country. Tribble, as Devin put it, was more “city-country”. The guy looks like a model, was the quarterback for a big college football team, and said and did all the right things. He seemed too good to be true, but he never gave Devin a reason to think he was there for The Wrong Reasons.

And Devin really seemed to have a great connection with both guys. If I’d had to guess, I would have guessed that she seemed more comfortable with Adam, but I really had no idea who she’d choose. Especially when Adam clammed up and got all nervous and awkward on his last date with Devin. 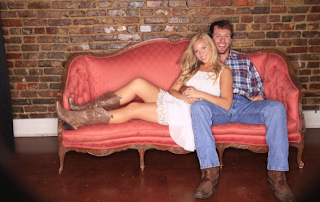 When all was said and done, Devin went with the good ol’ Southern boy, Adam. Sure, I found Adam’s weird, jaw-wired-shut way of talking kind of annoying. And I have no idea if a young, ambitious girl like Devin can make it work with a professional horse-whisperer. But I think she chose well.

Toward the end of the episode, I almost had a fit when Adam went shopping for a beautiful diamond ring. I might have screamed at my computer a little. I didn’t want him to propose! Devin is too young, and one of the things Sweet Home Alabama had going for it was that the show didn’t buy into the whole “This televised whirlwind romance will immediately lead to marriage” ploy The Bachelor(ette) tries to feed us. Luckily, that’s not what Devin nor Adam wanted anyway. It was just a promise ring, to be worn on a chair around Devin’s neck! Phew.

And in more good news, golden boy Tribble is going to be the star of the next season of Sweet Home Alabama. I definitely think he’s charming enough to carry his own season, and hopefully he goes through the process with as much class and charisma as Devin did. I can’t wait to watch!