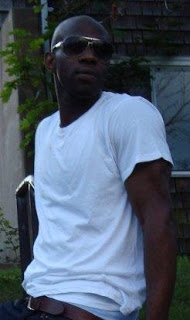 When the Halifax Rainmen need to bring in a tough, defensive stopper into the game, Coach Les Berry goes to St. FX alumni, Garry Gallimore.  Gallimore, who is one of three Canadians on the Rainmen roster, was selected to join the team as he impressed Andre Levingston at the team tryouts before the start of the season.  The Ottawa native also played with the Canadian (U25) National team along with current Rainmen teammate, Jevohn Shepherd.  I chatted with Garry about his adjustment to the PBL, his greatest accomplishment as a basketball player and his favourite spots in the city of Halifax.
________

Romy (Haligonia.ca): This your first season with the Halifax Rainmen, what has been the biggest adjustment you’ve had to make playing in the PBL?

Garry Gallimore: The biggest adjustment I had to make playing in the PBL would have to be learning the rules of the PBL. There are a few extra rules in the league that I have not been accustomed to playing with in the past. Once I learned and understood those rules the transition from there was “smoove”. Also traveling between games because sometimes there’s a very short turn around so I have to make sure that I am focused and ready to play whenever.

Romy (Haligonia.ca): What is your role off of the bench for the Rainmen?

Garry Gallimore: My role off the bench for the Rainmen is to be ready to roll whenever they let the beast out his cage. In other words, bring a lot of energy on the court. To be a spark and just go out there and compete and bring that tenacious defense that people seem to love about me. Also to be as productive offensively as I can when I do get the chance as well as rebounding the ball.

Romy (Haligonia.ca): The Rainmen have had an impressive start to the season, what has been the secret to this early success?

Garry Gallimore: The secret to the success we’ve been having is no secret really. We just have a lot of guys that know how to win and know what it takes to win. For the most part we have a solid group of guys coming off the bench as well as a good starting bunch that go out there and just get the job done. We want to win and we play on both ends of the court like we want to win. It’s really that simple. Shout out to the Wolf Pack.

Romy (Haligonia.ca): You’re no stranger to Nova Scotia as you played ball for the St. FX X-Men, what do you think about the basketball culture here in Halifax?

Garry Gallimore: Nova Scotia is definitely a basketball province. The whole province seems to be in tune with basketball. You can tell from the support we get at our games as well as the support given at the mini level, juvenile level, high school level, and university levels alike. There’s a very strong and diverse basketball culture in Nova Scotia. It’s definitely up there with some of the bigger provinces in Canada, basketball wise.

Romy (Haligonia.ca): The sport of basketball in Canada has grown at an alarming rate. In your opinion, who are some great up and coming Canadian ball players that we might not know about?

Garry Gallimore: To answer that question fairly I would have to visit a lot more places in Canada and familiarize myself with the local talents there. However, I am going to be biased and shout out everybody on the St. FX Mens and Womens basketball teams, also shout out to Farisai Meki from Ottawa’s Glebe Collegiate, a female who is looking for a university to play for next year. Another shout out to the Ottawa Phoenix basketball program ran by Andy Waterman and Adrienne Coddett. I think the above programs have a lot of young talent who are gonna do a lot for Canada in the future given the chance. There’s a lot of talent in Canada however a lot of them are moving across the border at an earlier age as well to chase the dream. So it’s kind of hard to keep up these days. Canada WOOOOOT!!!

Romy (Haligonia.ca): You’ve had an outstanding university basketball career, what has been your greatest accomplishment as a basketball player?

Garry Gallimore: My greatest accomplishments other than winning 3 AUS Titles and 2 time Defensive player of the year in Canada with St. FX, and St. FX Male Athlete of the year 2006, would be my two bronze medals with the Canadian National team at the Tournament of Champions in Argentina 2005 and FISU games in Thailand 2007. Also just to get the chance to travel the globe for free and experience different cultures and meet so many people is also great. 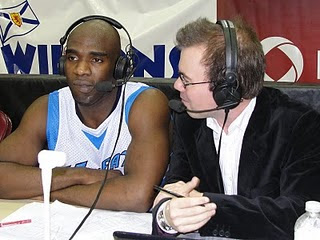 Romy (Haligonia.ca): You have been known for your toughness and defensive play on the court, if you had to put together a starting five of some of the greatest defensive NBA players of all-time, who would they be?

Garry Gallimore: That’s a tough question, however I would choose Ron Artest, Kobe Bryant, Michael Jordan, Kevin Garnett, Kareem Adul-Jabbar and of course Garry Gallimore because I think given the opportunity he could be a top defensive player in the NBA at the current moment despite anybody’s opinion. Hahaha!!!

Romy (Haligonia.ca): If you had to take a new teammate on a tour of your favourite spots around the city of Halifax, where would you take them?

Garry Gallimore: I would first take them to take in some of the historic sites of Nova Scotia like Citadel Hill at noon time just to see and hear the canon thunder throughout the city, obviously check out the sports hall of fame so they can see my university coach the Legendary Steve Konchalski. A stroll on the harbour front wouldn’t be bad either and check out ma man Theodore the Tugboat. Then we would break for lunch at Salty’s on the harbour front maybe even double back for dinner. After that take a trip up to Peggy’s Cove. Later on that evening, we would step out and check out the night life. Maybe head to Taboo or Mosaic to have some Long Island ice teas and if we were in the mood to boogie after that, then we would head to the Palace or Dome depending on where’s popping that night. After that have an after party at the Westin Nova Scotia. Yaaa diiiiiig???
________

Thanks again to Garry for taking part in our chat, be sure to check him out the Rainmen home games here in Halifax and on RainmenBasketball.ca  The Rainmen face off against the Buffalo Stampede on Sunday at the Halifax Metro Centre (game time 2:00pm)