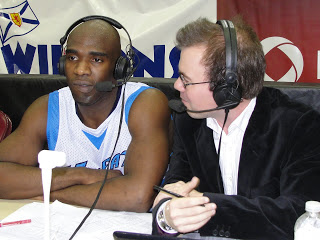 A huge thanks to Shaun for taking part in our Q and A, be sure to check him out during the live online broadcasts of Halifax Rainmen home games on Haligonia.ca!

Talkin' Hoops with the voice of the Halifax Rainmen, Shaun "Mavs" Gillis
https://haligonia.ca/talkin-hoops-with-the-voice-of-the-halifax-rainmen-shaun-qmavsq-gillis-11083/