On my first real Friday night out in Brisbane –  that is, when I wasn’t falling asleep at the table from the trip’s resulting jet lag – myself and M&J went to dinner at Pintxo, a little Spanish tapas place around the corner from the apt. It was an exciting day for me –  that morning, I had attended the Queensland Wine Show, and had the opportunity to meet some cool people and taste dozens of Aussie wines that I never even knew existed – selection in Nova Scotia is limited, after all… 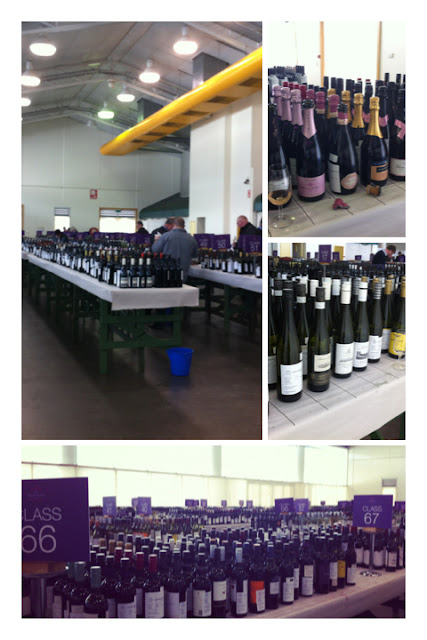 Due to a late reso, we were unable to get a table inside, so we braved the cold on the patio and warmed ourselves with a little Tempranillo.  Viva Espagna…! 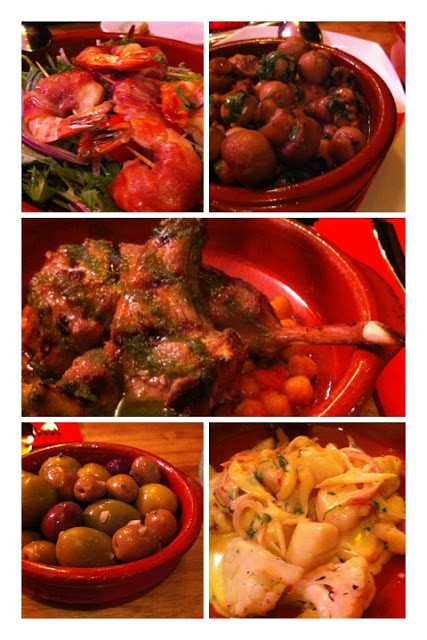 We started with a bottle of Calo Tempranillo from Rioja for $44. True to the Temp. style, this bevy was full of cherries, leather and spice with light acid and grippy tannin.  We ended up having two bottles!  For the tapas, we had to get some meat – there was a man involved, after all.  We chose a nice nibbly of cold Aussie and Spanish olives to start, which were the perfect salty snacks to salivate our palates for the plates to come. 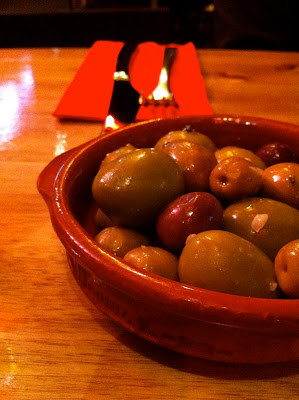 These button mushrooms cooked in garlic and olive oil were fantastic – I would have been happy with a bowl of these to myself.  The plump, meaty ‘shrooms were succulent and cooked perfectly; not oil sogged, but deftly caressed. 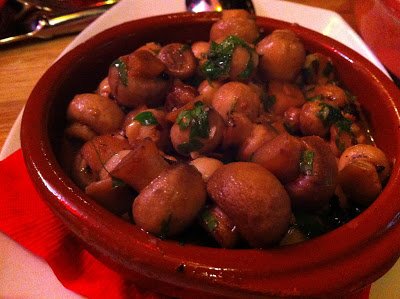 Not gonna lie – there was a funny taste to this dish.  The scallops were tender and well cooked and the cauliflower was nicely al dente…but something in the cream sauce made me move on to the next dish. 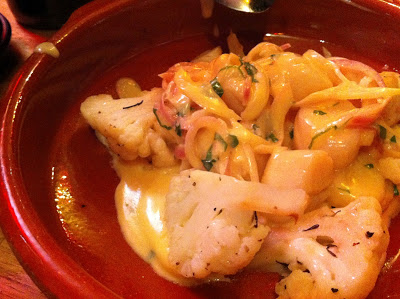 Ah, the lamb and chickpeas!  I could eat chickpeas everyday…especially when paired with tomatoes a nice rare piece of lamb.  This was a really nice dish with the meat being both slightly sweet and savoury and with a hint of smokey BBQ – a great pairing for our Tempranillo. The cassoulet-style of the chickpea/tomato mix was a nice addition creamy peas and sweet tomatoes, complimented by some olives in the dish as well, which added another layer of flavour. 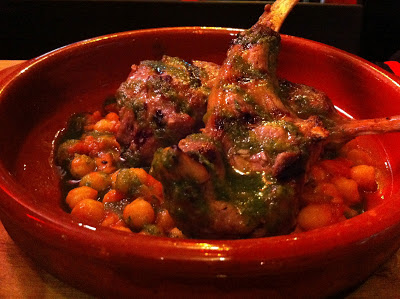 Who doesn’t love Serrano-wrapped prawns?  These are pretty self explanatory.  The dish was fab and being the veggemite that I am, I also consumed the nice little bed of greenery beneath. 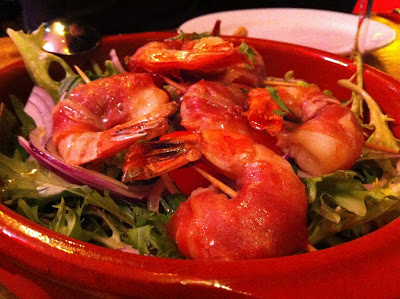 And from here, a night of club-hopping began, from which I thought I would never recover. Maria and I left Josh behind and explored the bar scene in New Farm…which may have ended with some greasy pizza…