[Oops. It was so busy last week that I neglected to put up a guest post! This next guest was one of the people who called in to the live chat on CBC Maritime Noon back in January. Here’s her experience of living on the East Coast.] 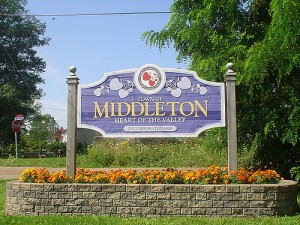 I am from Taiwan and met my husband there too. We had a liscened ESL school in Taiwan and had more than 230 students,until I sold it at 2008. My husband was born and raised in Ontario, he came over to Taiwan twenty years ago by chance, and we got married in 1994. We started our own business and had my first child the following year. Every summer and Christmas we went back to Ontario to visit his family.

In April 1999 my second child was born and four months later a huge earth quake hit Taiwan. Our apartment was right on the epicenter, with a magnitude of 7.3 on the Richter Scale! That night was a unforgetable night. After living in the tent for a couple months we dicided to bring our kids to Canada (as we planned for grandmother to meet the new grandson) while we were in Welland, Ontario my friend called me and informed me that our apartment got looted ,cause we weren’t there so we left my five years old daughter in Canada with grandma, and my husband and I took the six months old son back to Taiwan with us. Before we went back to Taiwan, by a really special chance we bought a cottage in Haliburton, Ontario. After we dealt with the earthquake issue, we stayed with my mother in Taiwan but went back to Ontario every summer, this is one of the reason I think if one day we move back to Canada, Ontraio would be the first choice.

My life in Taiwan was very comfortable,our business was making good money, my two kids both went to international school, we own couple real estate and most important thing was I lived close to my mother. I have so many friends around…but one day my husband came to me and told me that he wants to give our kids a better enviroment, he wants to move back to Canada, so our kids can become real Canadians.
Being a business woman for so long, my instinct told me my husband must be out of his mind! He wants to give up the good chance here and go back to Canada and start over again? I guess I just couldn’t say no to him , with the saying that my mother often tell me” Follow the man you marry,be he a goof or a crook—a woman shares the fate of the man she married, no matter what he is—this is not what he really wants, he is thinking to move back to Canada, cause he wants his children grow up in Canada.

2005 Christmas my husband and I took a trip to Nova Scotia, (while we were visiting in Canada again) to look at the house that his Real Estate agent found for him. The next thing I knew was my two kids and I were living there and my husband will flying between Taiwan and Nova Scotia.

We now living in the property that used to be a saw mill, there is a river running through and 30 acre land in the back of the house. Our house is quite old but in a good condition. My first year when just my two kids and I were here in the winter, living in a big old drafty house in the winter is a big challenge for me.
Many times I got lost on the high way or slipped out the road cause the snow, staring at the gas pump cause I don’t know how to self serve…my son’s first 13 stitches…my daughter’s midnight emergency for appendicitis.

I survived all the new challenges in the past couple years.I slowly fit in life here and I have made new friends, I learn new stuff and I watch my children growing up in a safe little town, and this is my story in the East Coast.

Teri Metler lives In Middleton, Nova Scotia where she lives with a dreamer, two wonderful kids, and three pets. Her blog, written in Chinese, can be found here.