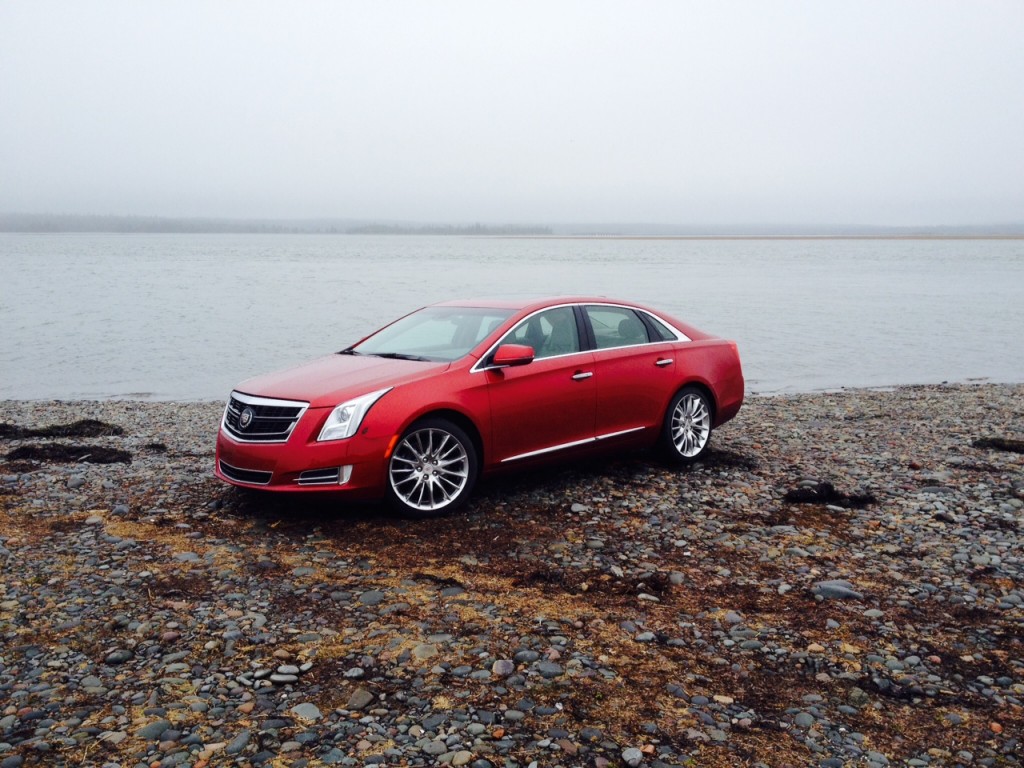 I recently had the chance to try the CTS VSport, which admittedly, is the first V-variant of Cadillac I have ever driven. About it, I said:

“…I’d even wager to say that the CTS V-Sport is as good or better than its German rivals at feeling planted, solid, sporty, fun, luxury-oriented and just plain perfect.

And it wasn’t even the CTS-V, just the Vsport which is a bit of a lesser version. Regardless, the letter ‘V’ is quickly coming my favourite letter of the alphabet.

So when I had the opportunity to try the XTS in Vsport form I was as excited as an audience member being told to “come on doooowwwnnn!” on the Price Is Right.

Does the XTS have what it takes to keep up with its little bro’s reputation? I drove one to find out. 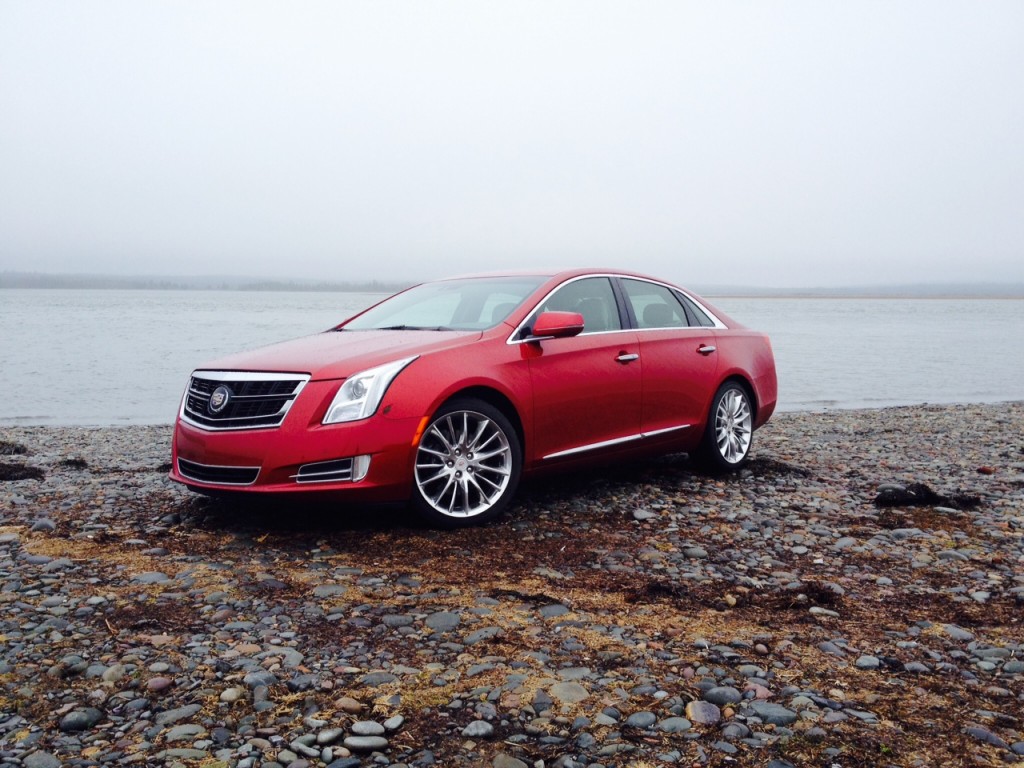 Firstly, the exterior of the XTS remains rather unchanged in Vsport Platinum guise. You get 20-inch platinum wheels, which admittedly look rather good, but then the rest of the design falls off for me. This is an oddly shaped car from it’s raked windshield and short hood to the bulbous-like side profile, to the rather short rear overhang and uninspiring LED tail lights. The angular “art & science” design theme of Cadillac does not come through as well as it does on other models, but that’s not to say that it’s ugly by any means. It just means you need a bit of time to get used to its proportions. Besides, chrome splashed about gives it some road presence as does the rather large black toned grille with LED daytime running lights. At night, the door handles light up to the delight of passengers. The only indication that you’ve ponied up the extra dough for a V is the tiny V badging located on the trunk lid. 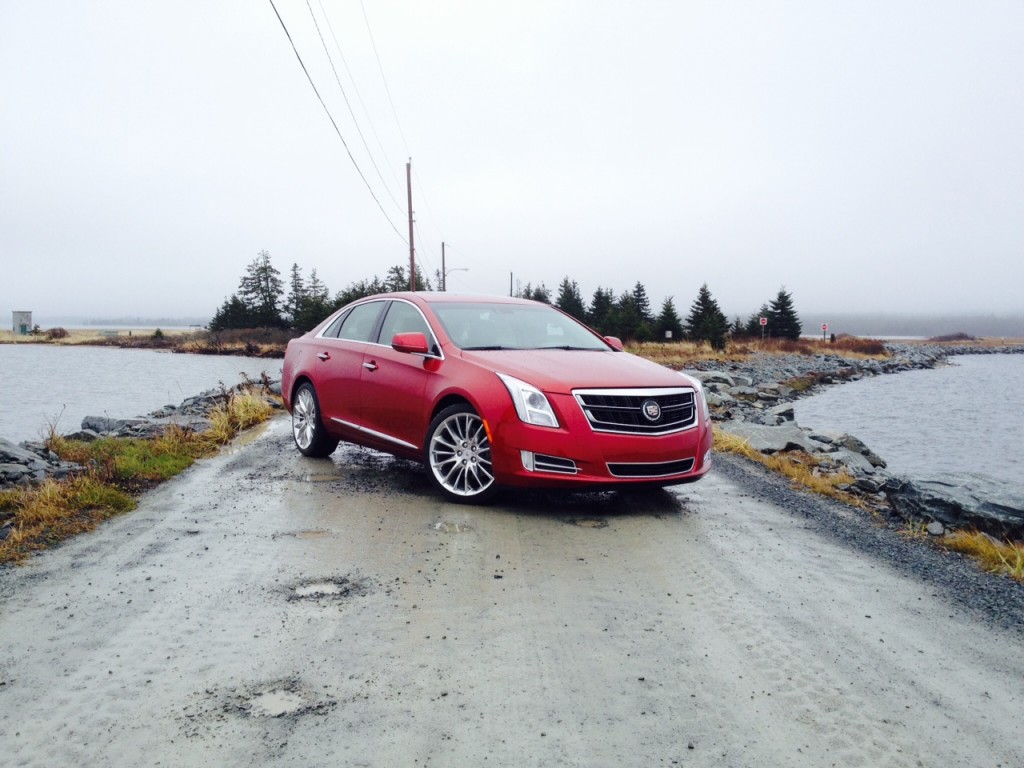 Inside there is little to indicate that this is a hotted up Vsport as well. No badging to be found, no wonderfully supportive seats, no drive mode to switch between normal and sport. Instead you get welcomed with the odd colour combination of my tester (since when does red, brown and cream go together?). 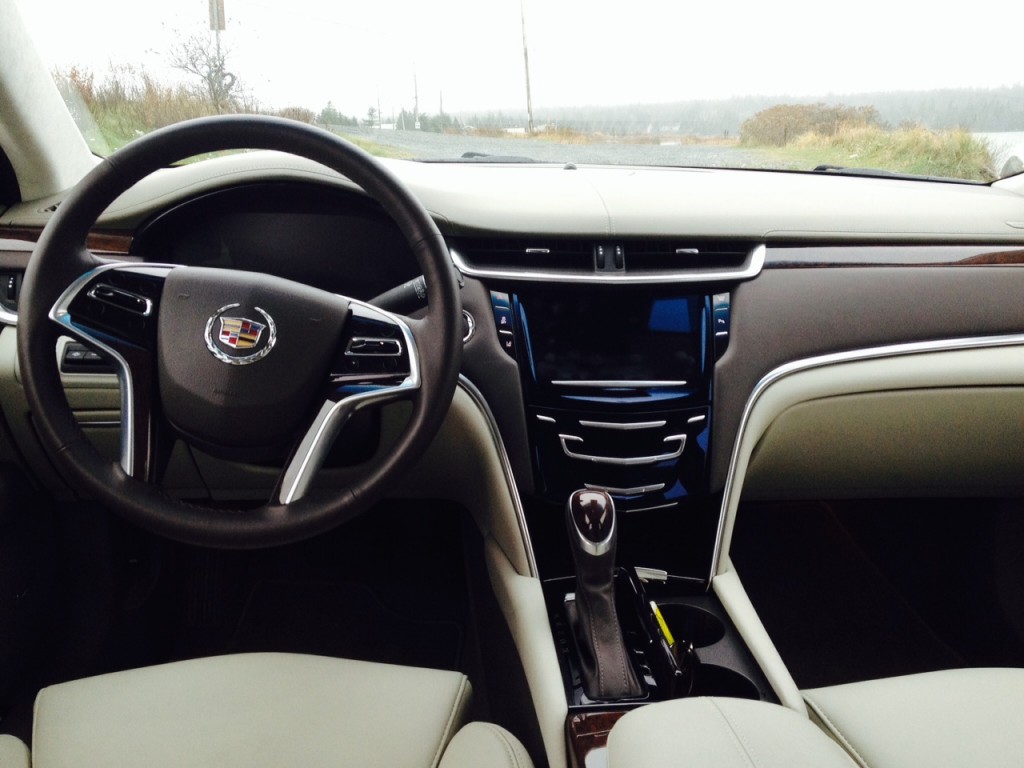 The XTS gets lots of great goodies like heated and cooled seats, a heated steering wheel (which could very well be the best car related invention ever), Cadillac’s cool hideaway cubby and an LED gauge cluster which comes to life with bravado once you hit the push start. On top of all that you get a rather nice head-up display and adaptive cruise control (another awesome invention) although there were a few notable instances when it didn’t seem to detect a car ahead of it and started to speed up like it was a kamikaze pilot. I had to slam on the brakes each time making for a rather jolting and terrifying ride for passengers. Adaptive cruise control is only a good invention when it doesn’t have a mind of its own. 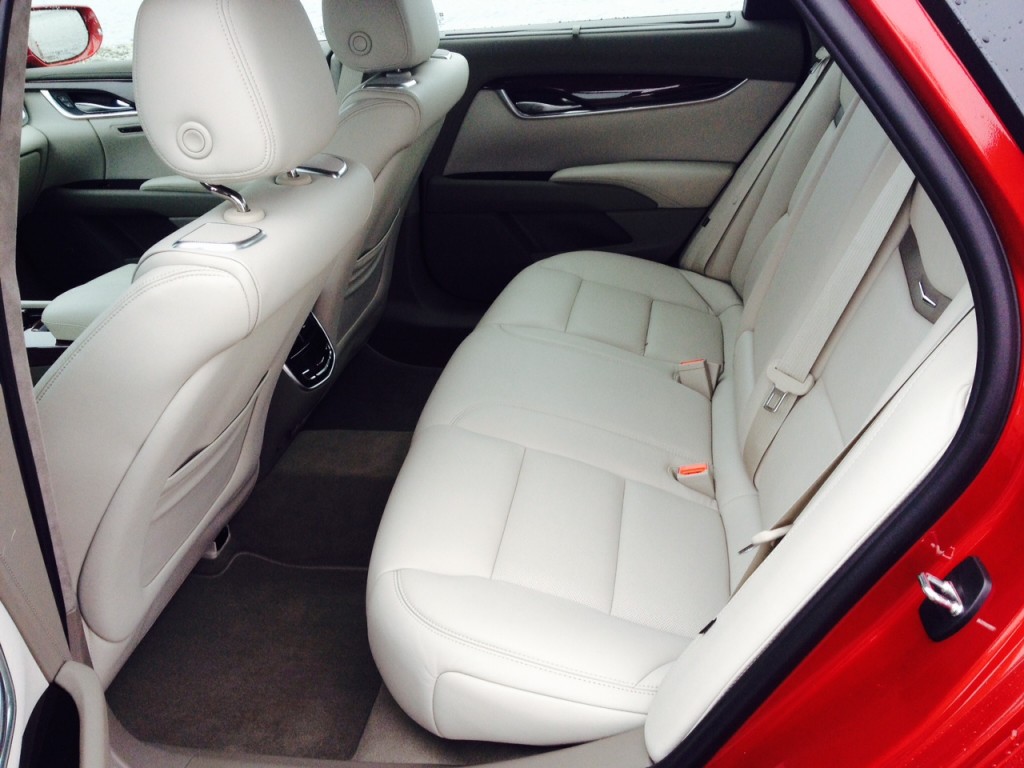 You’ll also get Cadillac’s CUE system which still has some catching up to do with Chrysler’s awesome U-Connect, but it does the trick adequately. Response times of the touch screen aren’t bad, but could be better. If you ask it to perform and command and you don’t feel a slight vibration once you hit the touchscreen, that means it didn’t pick up your command. This is an interesting way of highlighting the faults of the system but I suppose it helps to prompt you to try again. 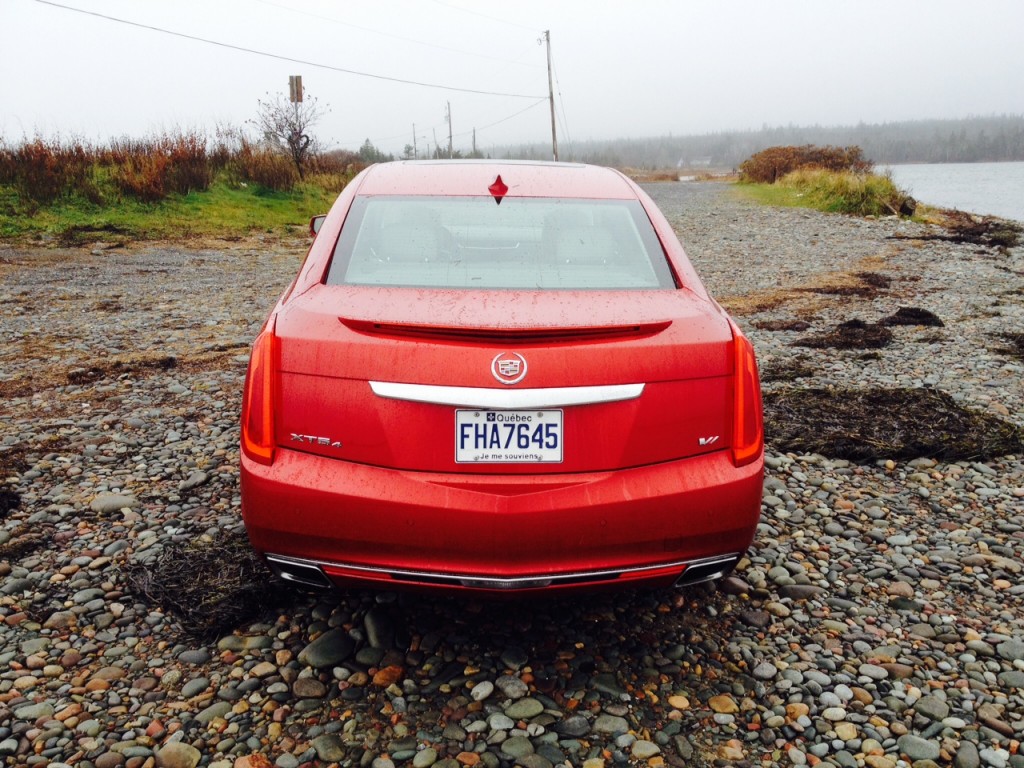 Cadillac is still going with no conventional buttons and I must say they respond better than the touchscreen does. I’m not one of those “give me back my buttons kind of guy”, I think it’s a bit chique and makes for a clean look. Besides, if you want traditional buttons, they can be found on the steering wheel to control most commands, however the buttons themselves are quite small and would be difficult to operate with a glove hand. But I suppose that’s why there’s a heated steering wheel. 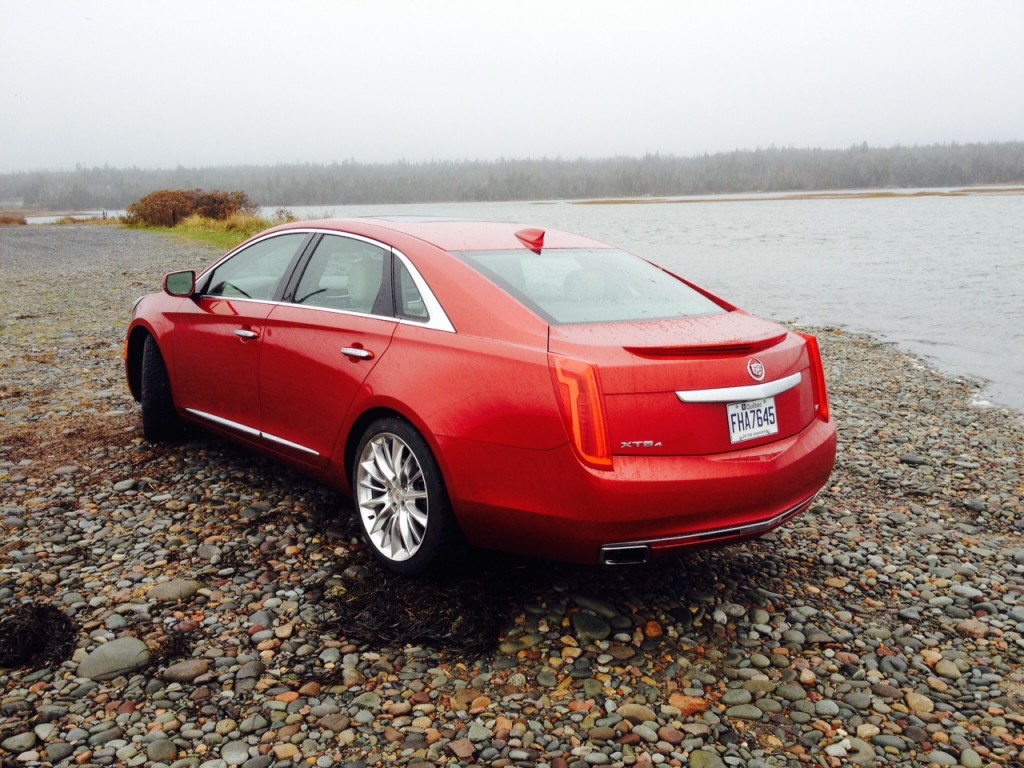 Behind the driver, passengers will be treated with oodles of leg room along with rear heated seats and the ability for passengers to control the climate themselves. This would make for an awesome limo cruiser, however there’s one thing. The passengers are given the ability to control the radio as well. That would get extremely annoying when you are shuffling customers around and they change the station to “Bang Bang” and crank it. The trunk will, however, swallow all of their luggage and then some. This thing is huge. What’s a bit disappointing is the rather shallow opening, so getting larger, awkwardly shaped objects in could be a challenge. 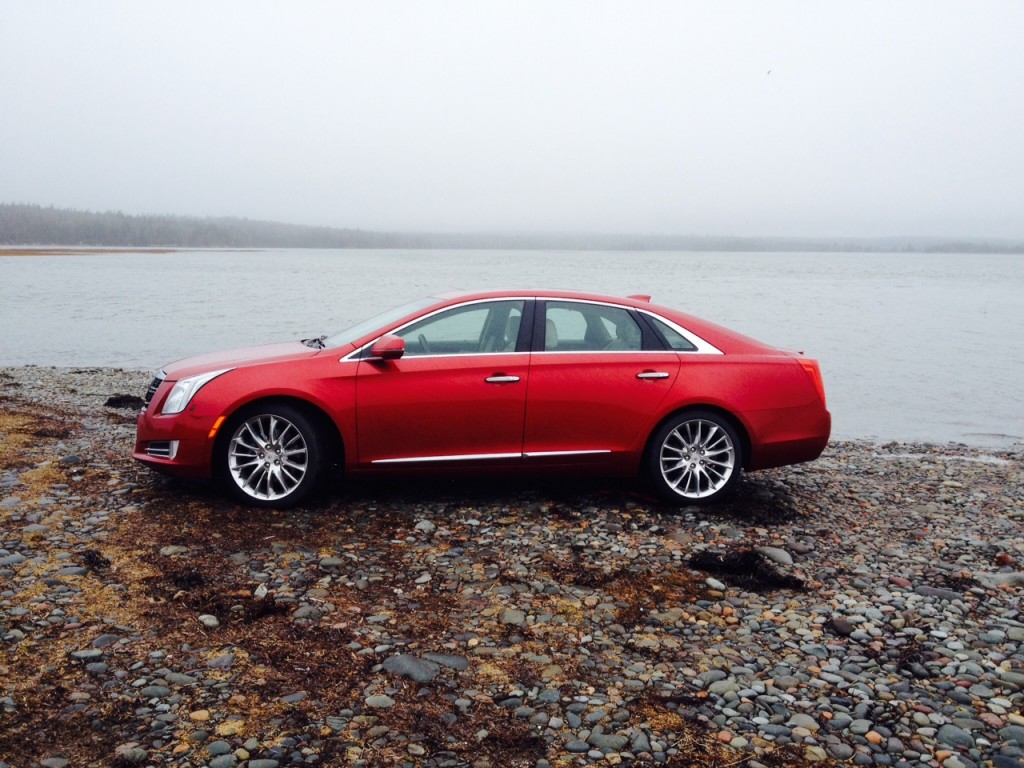 Under the hood you’ll find GM’s magnificent 3.6 litre V6. They strapped on two turbochargers to make it even better. This is the same unit found in the CTS Vsport, however it’s been de-tuned slightly. It makes 410 horses and 369 pound foot torque mated to a six-speed automatic. This engine is a gem and it works well with the automatic transmission. Shifts are smooth and linear and, while there’s no sport mode to select, the transmission seems to become geared as such with a good power band available before the next gear. There’s a manual shift mode where you can take advantage of the paddle shifters, but to be honest, you might as well just keep it in regular drive mode because manual shifts are noticeably delayed. But regardless, the XTS makes an awesome noise when pushed – something that never ends up getting old. 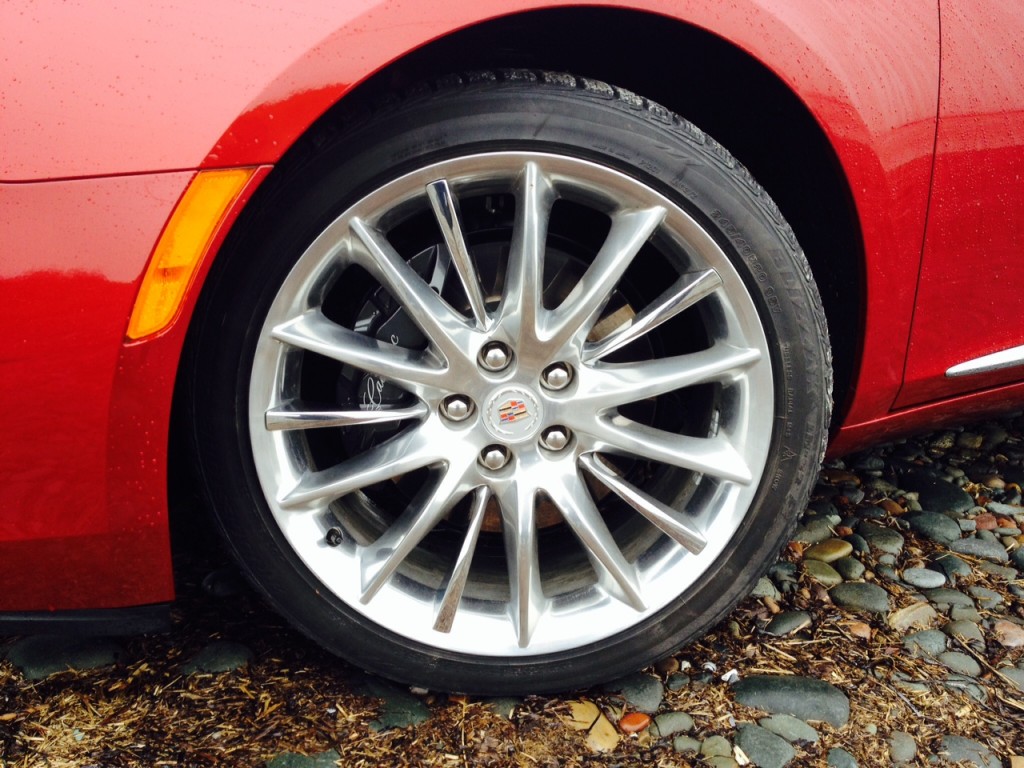 The XTS Vsport has a devious way of picking up speed. This is mostly because it drives like a big Cadillac does under normal driving, however it can get you from zero to hundred quite quickly when you put your foot down. 5.2 seconds quick to be exact. Passing on the highway is a breeze. And it really should be since this is a Vsport. 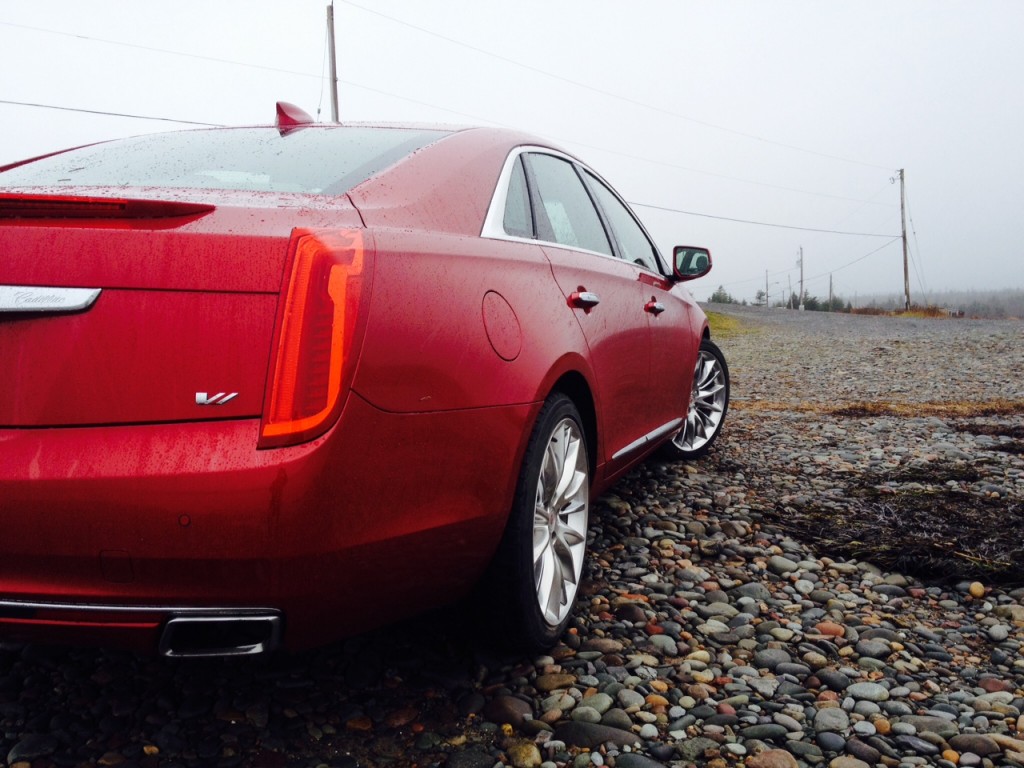 But being a Vsport, it should be impressive in other ways and this is where the XTS falls short. On the highway, the XTS’s steering does the job well, but when you really want to do some spirited driving, you get a sort of numb feeling through the wheel, unlike in the CTS Vsport. 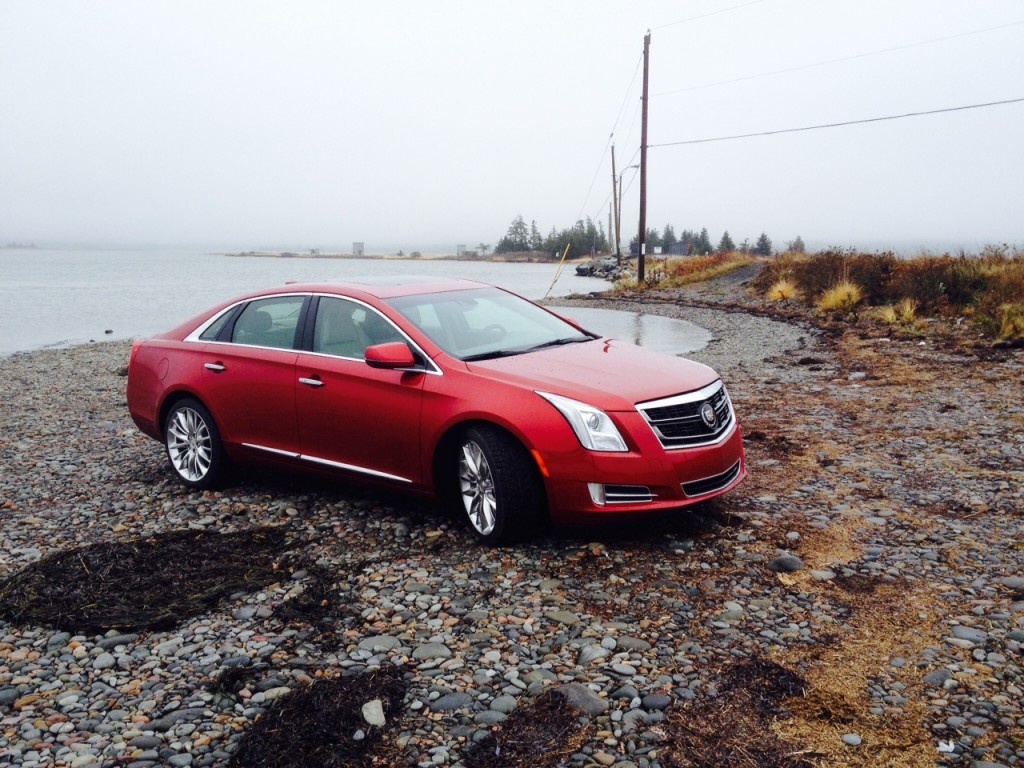 Shifting into manual mode tightens the suspension and supposedly sharpens steering feel but to be honest, it isn’t all that noticeable and for some reason the ‘M’ on the gear shift did not light up when it was selected which made me question several times if I was even in sport mode at all since it wasn’t immediately apparent through its driving dynamics. 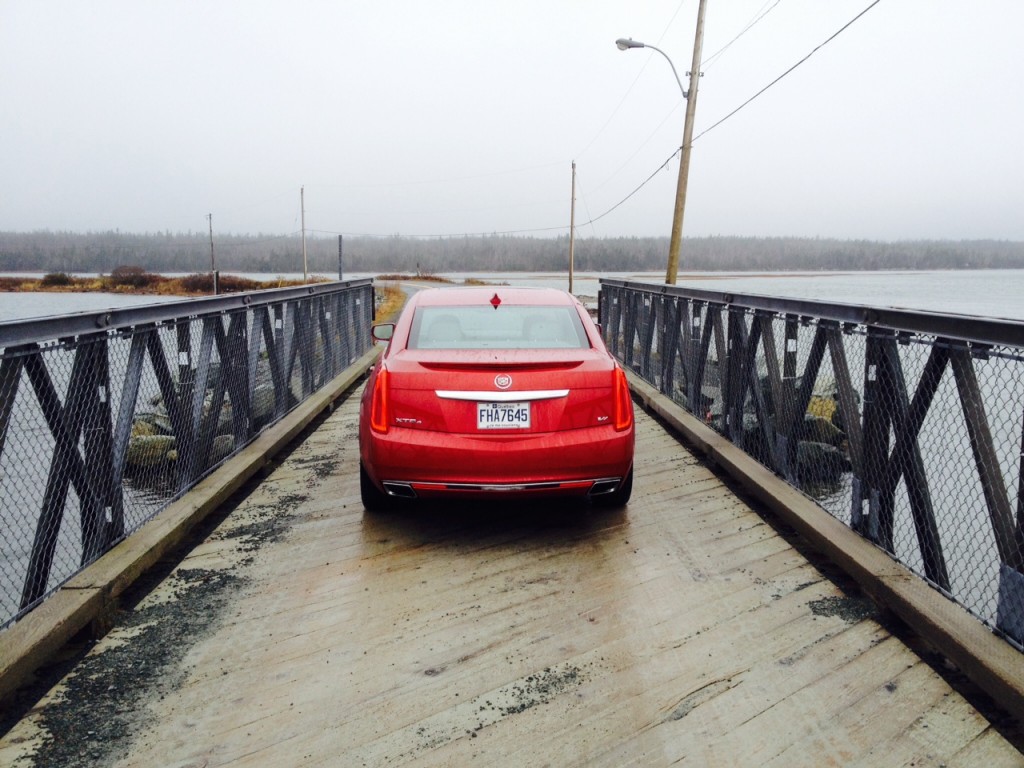 Handling? Well, let’s not forget that the XTS is a bug, bulky car. In fact, it’s a few inches longer than a BMW 7-series and not as wide so don’t expect CTS Vsport-like handling abilities. For the most part the XTS can stay composed in quick cornering, but if you push it hard you’ll notice a wafty feel in the suspension and of course plenty of under steer. I even noticed a slight bit of torque steer. It should be mentioned at this point that the XTS Vsport comes with standard all-wheel drive. This was not noticeable in cornering, however I’m sure it is very welcomed when it starts to snow. 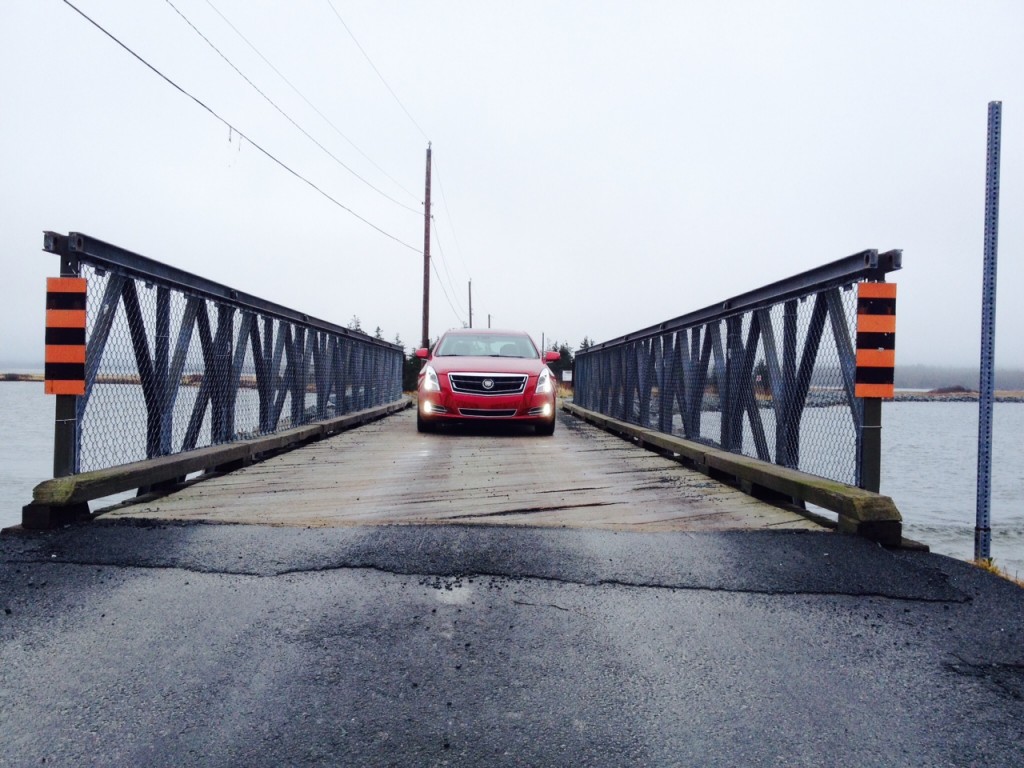 All-wheel drive on a car like this makes sense but I’m afraid a car like this itself doesn’t. I’m struggling to understand who exactly this car is for. Since it doesn’t nearly have the sports sedan credentials of the CTS Vsport, who exactly is this car for? Those wanting pure comfort, smoothness and luxury will likely opt for the Impala or a regular XTS. And if you’re looking for sport injected fun, the CTS Vsport delivers consistently, it has plenty of room, the same interior layout, same tech and can be had for thousands less. I’m afraid Cadillac has missed the mark a bit on the Vsport XTS, however, if you forget the letter V and you just concentrate on its worth as a car, it has a lot going for it. Those looking for something that will handle and drive the way and Audi S8 does should look elsewhere though.