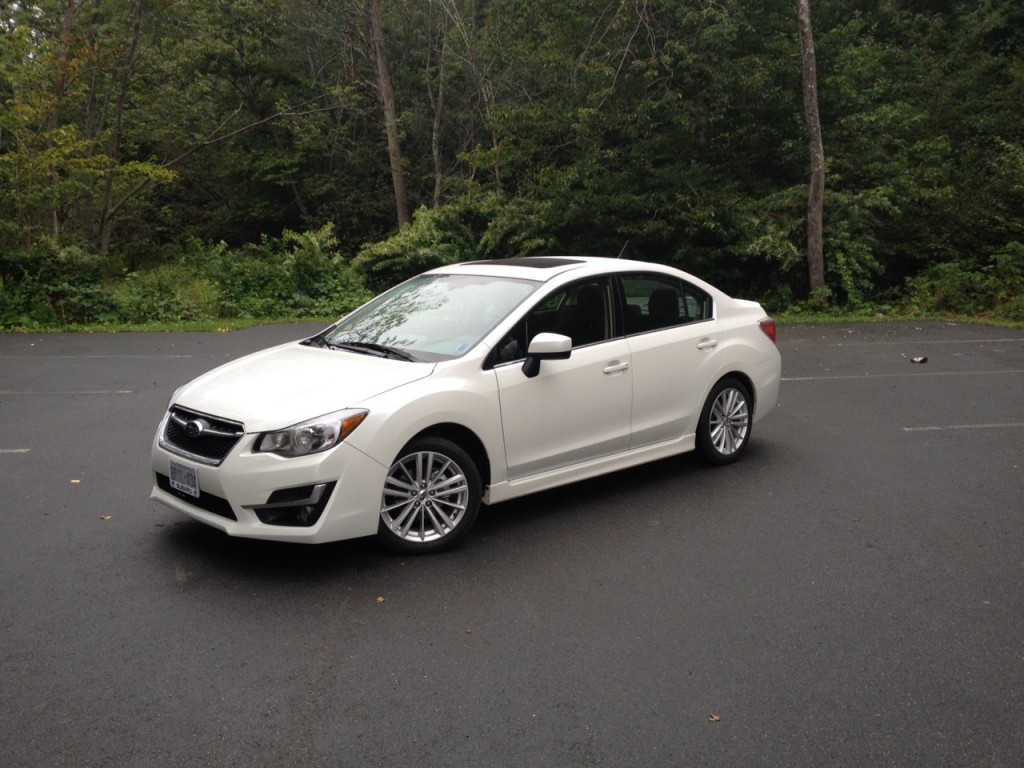 There’s something about Subarus that is inherently pleasing to automotive journalists and gear heads alike. The STI and WRX are favourites because who doesn’t like all-wheel drive performance cars with manual transmissions?

But even when you look past the two performance siblings, along with the Toyota sourced BRZ, Subaru’s ‘normal’ models have a lot of appeal too.

The Outback, Forester and XV Crosstrek have particularly captured the hearts of outdoorsy Canadians, while the Legacy continues to soldier on quite confidently in the ever popular mid-size sedan segment.

But whenever someone asks my opinion on what to look at in the even more compact sedan segment, they always seem a bit hesitant when I usually add the Impreza to the list. When I ask them why, they say that they really don’t know much about it. More familiar name plates such as the Honda Civic, Toyota Corolla and Mazda3 usually make people feel a little more comfortable because not only have they heard of them but their reputation is just as favourable.

That’s a bit strange considering the Impreza has been around since 1992 and it is the reason why we have the beloved WRX and STI today.

No matter the reason, Subaru has injected a mild refresh to its supposedly forgotten sedan in order to keep up with the likes of the Civic, which seems to get significant refreshes on a rather Apple-like two year cycle. 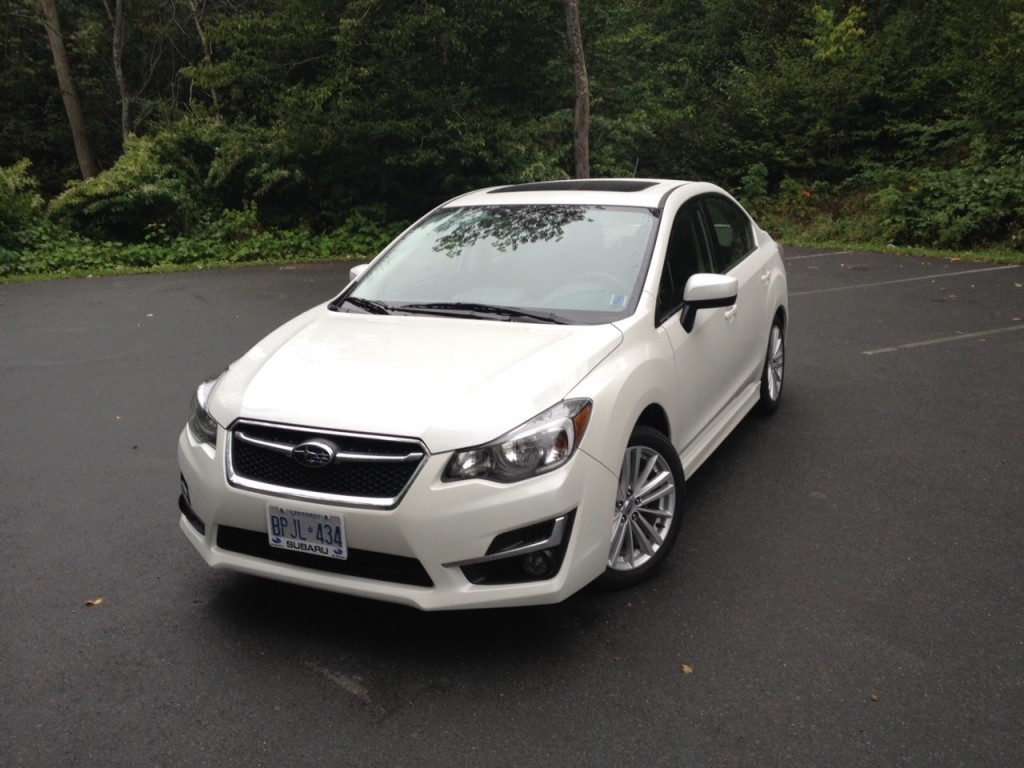 As mentioned, the refresh for the Impreza is quite tame. Look closely and you’ll notice re-worked bumpers, a new grille and added trim to the lower front fascia. Otherwise there isn’t a whole lot of difference between the 2014 Impreza and the ’15 visually. Subaru has been chastised before for making vehicles that some describe as ugly, but this author prefers to use the term quirky instead. However the Impreza, especially in my tester’s sedan body style, is fairly inoffensive in its looks. My tester’s sport trim gives it rather nice looking 17-inch wheels, side skirting and a lip spoiler to help it stand out from the crowd. 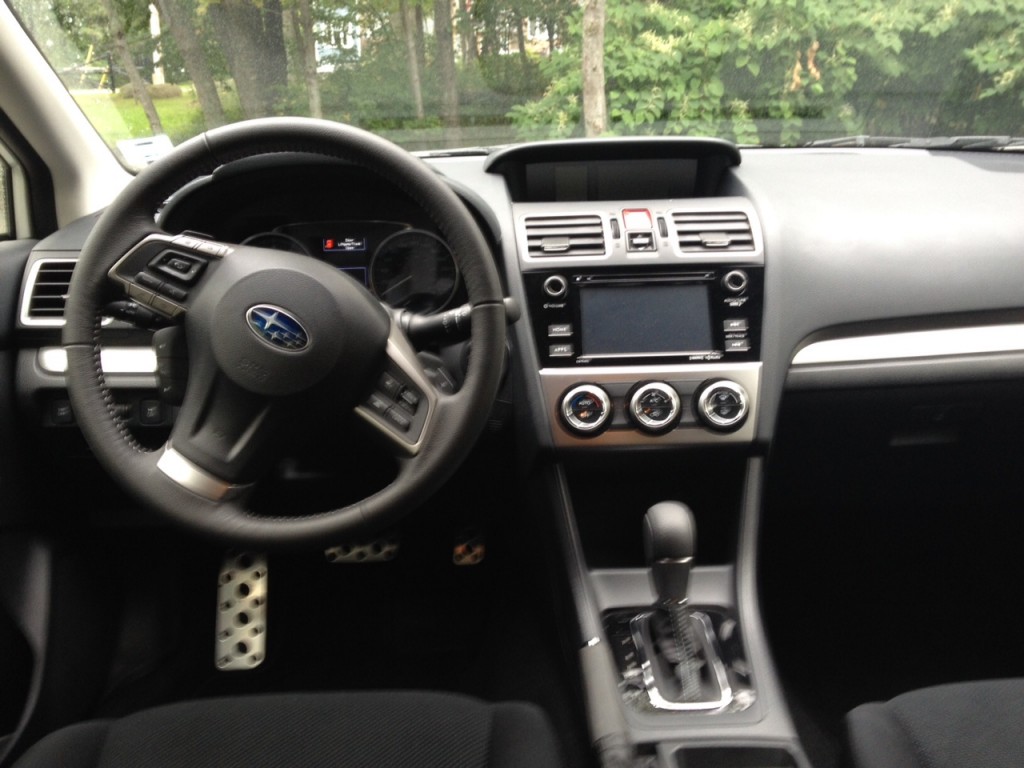 Inside, things are typically Subaru and that’s not necessarily a good thing. I wish I could use a nicer word such as ‘quirky’ to describe it, but drab is probably more fitting. However, credit where credit is due, the centre stack, while still a bit dreary, is at least much improved visually with an infotainment unit that no longer looks after market and a screen perched on top that displays everything from what the all-wheel drive system is doing to fuel consumption figures. Most people will find this interior adequate, however if more of a luxury feel is your thing, you may be slightly disappointed. 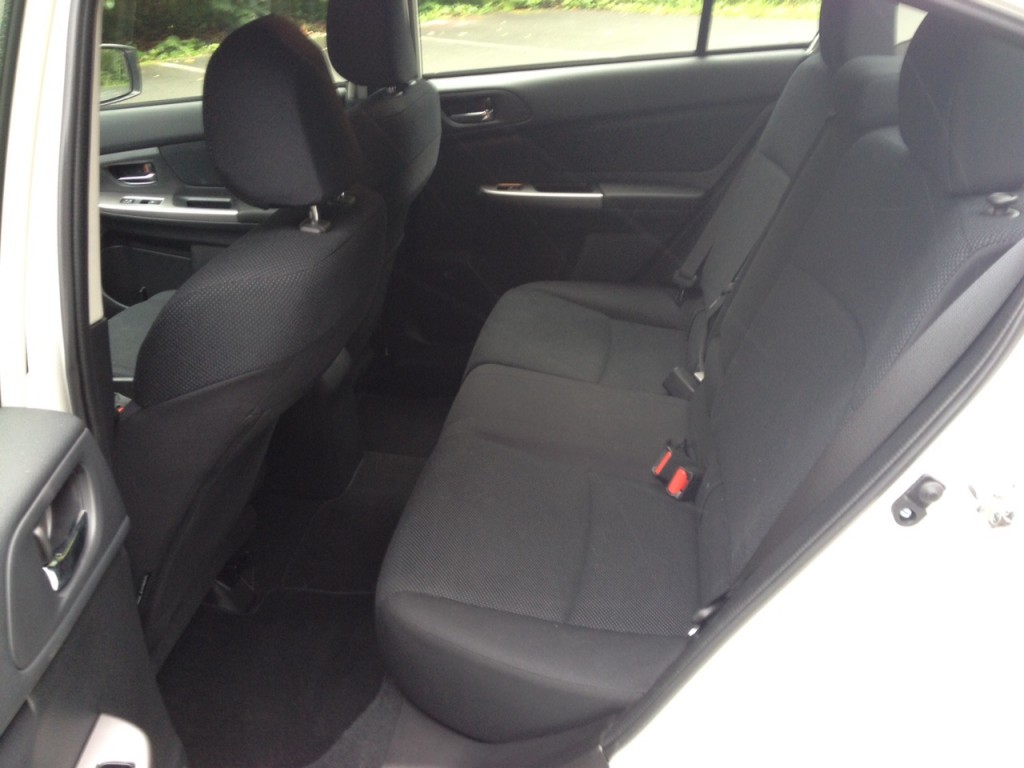 That said, you won’t be disappointed with seat comfort as the seats are surprisingly comfortable. Interior space is equally imprez-ive (apologies for that awful pun, it’s only time I will make it, I promise). The rear seats have good leg room thanks to the sculpted front seats and head room is in abundance as well. Trunk space is good, but if you want to haul even more stuff you’d likely be better off opting for the hatchback version of the Impreza. 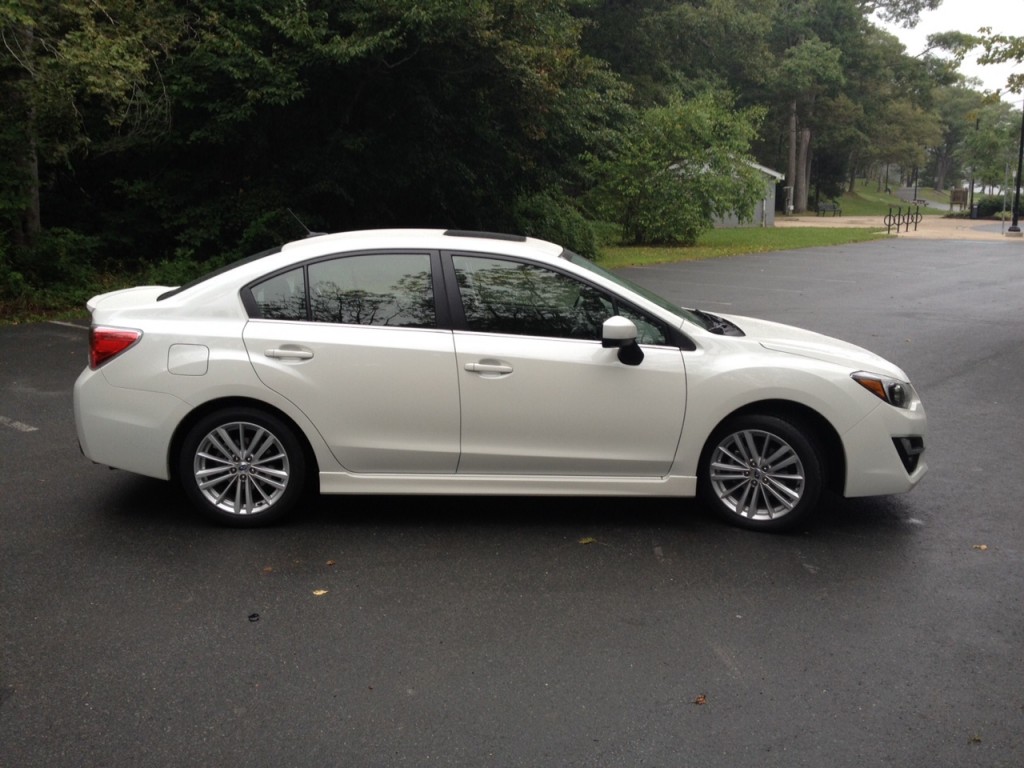 My tester came with the $1,200 technology package which essentially gives you Subaru’s Eye Sight system. Basically, as the name suggests, you get a second pair of eyes watching the road ahead. The system constantly monitors for potential issues and will react appropriately with abilities such as pre-collision alert, brake assist, lane keep assist, adaptive cruise control and lead vehicle start alert. The system is quite good and normally this sort of technology is found on more premium brands. Safety is always worth the investment so I would recommend this package when you are spec’ing out your Impreza. 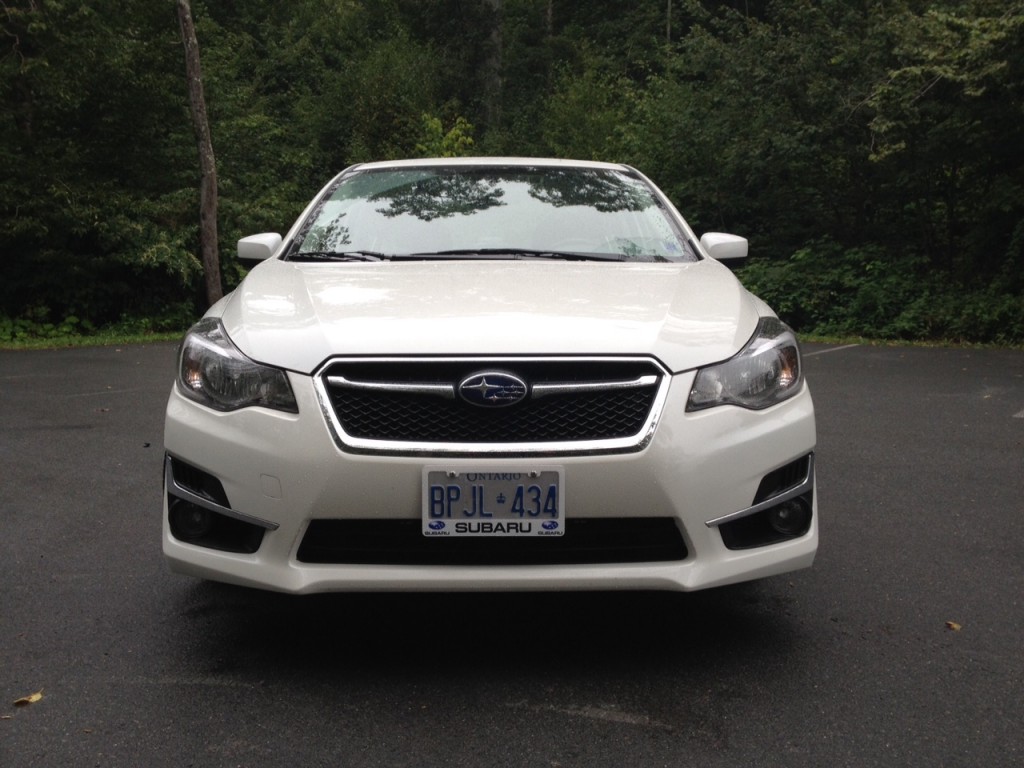 There is only one option to choose from in the form of an engine and luckily it’s a good one. The 2.0 litre 4-cylinder produces 148 horsepower and 145 pound foot of torque which can be mated to a five-speed manual or an optional continuously variable transmission (CVT). My tester was fitted with a CVT which would normally be a bigger buzz kill than Stephen Harper signing cover songs at a local pub, but Subaru has been perfecting CVT’s for some time now and the results speak for themselves. Not only is it fairly quiet and refined, but it also lets the driver get decent power off the line. On top of that, Subaru has added in gear simulation which you can shift manually via the paddles shifters. 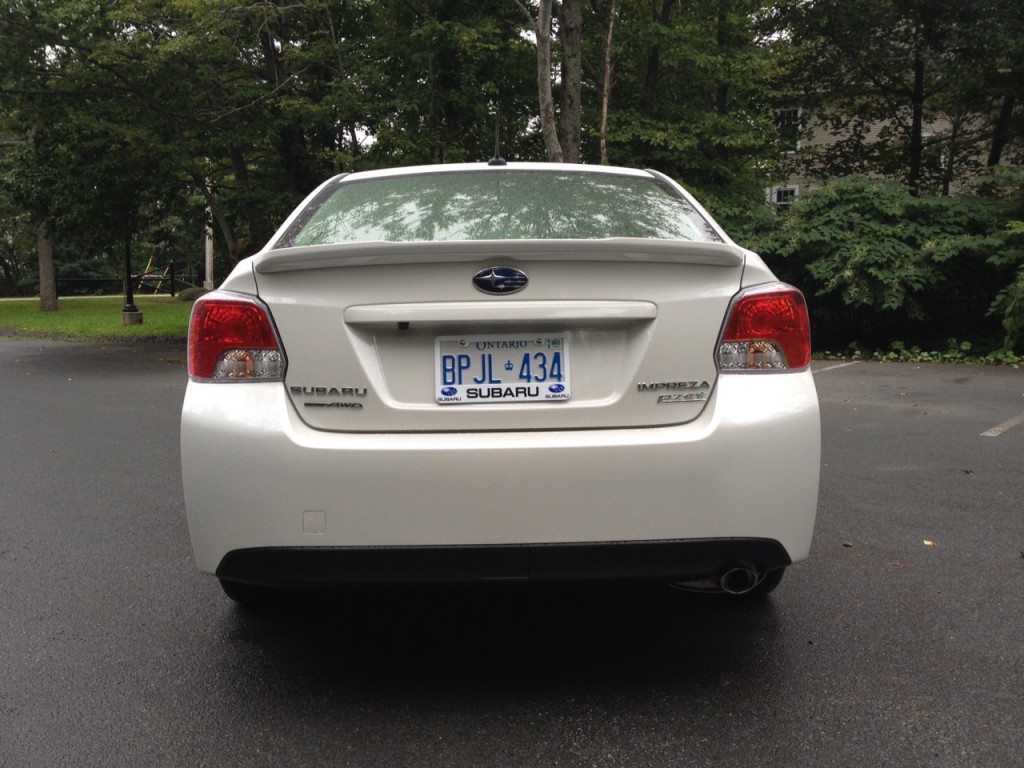 The engine itself is actually quite good for the environment as well. Now standard on all Impreza trim levels is being rated partial zero emissions (known as PZEV in Subaru speak). PZEV rated Impreza’s used to be an option so it’s good to see Subaru making our environment a priority by making them standard. 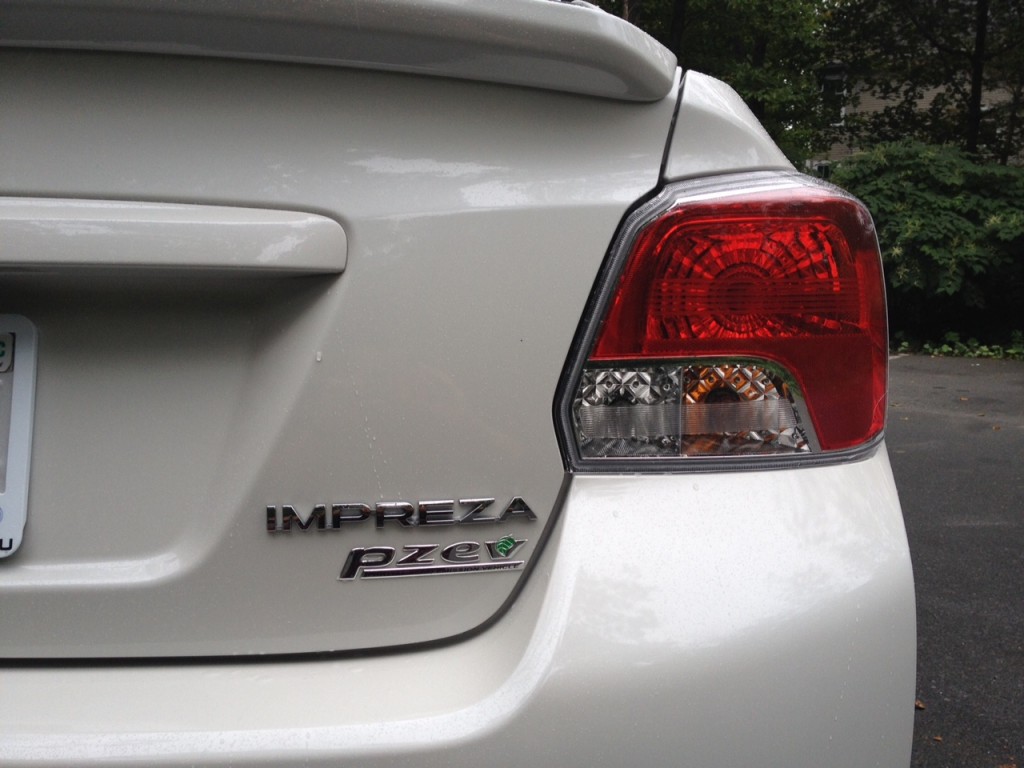 But perhaps the best part of the CVT is its ability to get this all-wheel drive sedan to sip rather than chug. It’s officially rated at 8.5 /100 kms city and 6.4 L/100 kms highway. My real world fuel consumption landed at 8.1 L/100 kms in mostly city driving. Not bad at all, especially considering the all-wheel drive system generally adds weight which can affect fuel consumption. 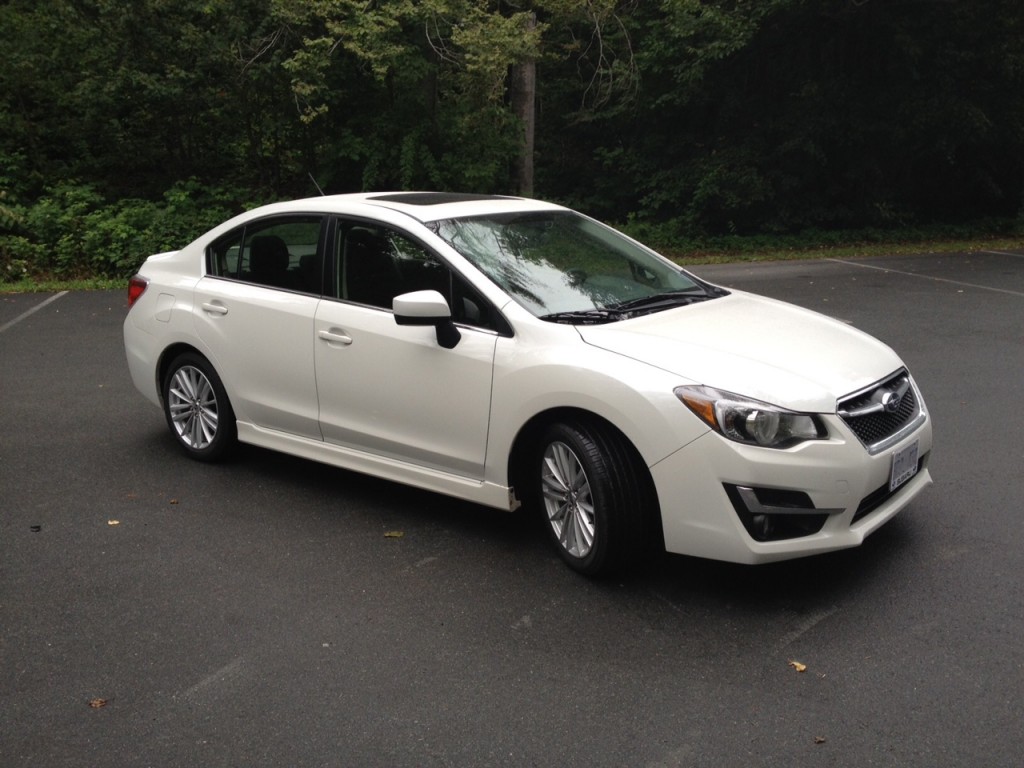 The handling abilities of the Impreza aren’t too bad either. Feedback to the driver is decent however I still would prefer a bit more to be dialed in but the Impreza held its own on on-ramps and aggressive cornering; something the likes of the Toyota Corolla can’t do as well. The Impreza’s overall ride is adequate but you do end up feeling some of the imperfections on the road. 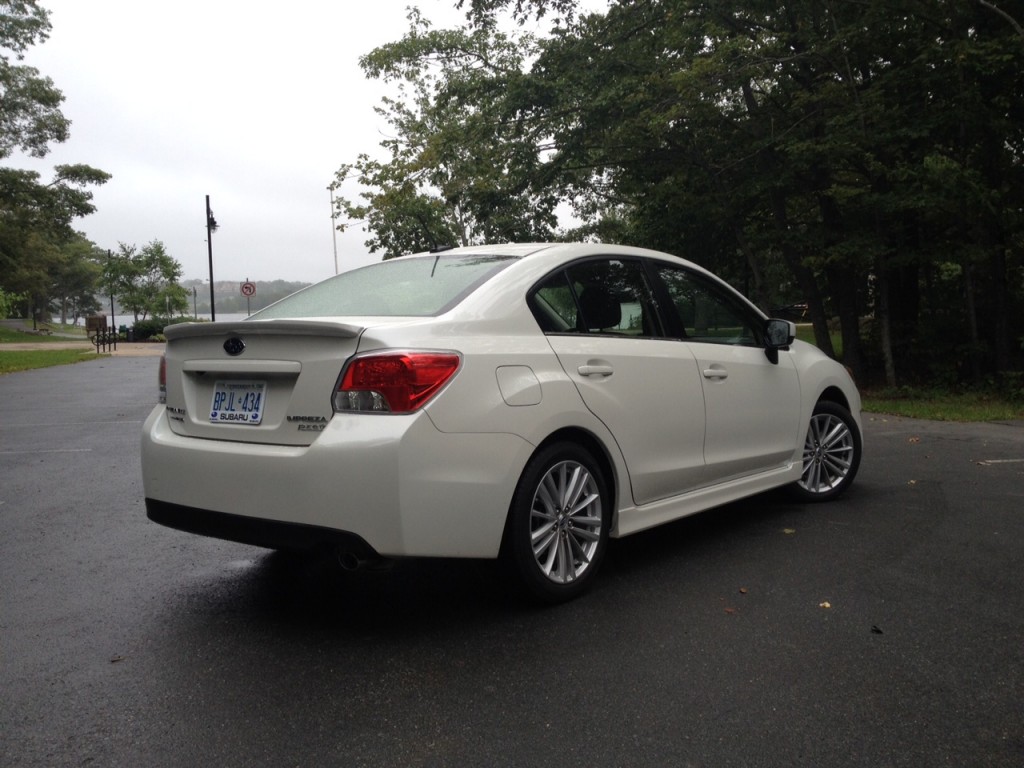 But the Impreza really is a decent car overall. Aside from a few minor points that I’m sure Subaru can and will address for future models, it’s got a lot of things going on and one of those things is value. To be able to get eye sight technology, all-wheel drive without paying a penalty at the pumps and endearing quirkiness, all for well under 30 grand is pretty good. Not to mention that you’ll be driving something that you don’t see every two blocks. If I were shopping in this segment, the Impreza would easily be in my top three and I would hazard to say it could even take the number one spot. 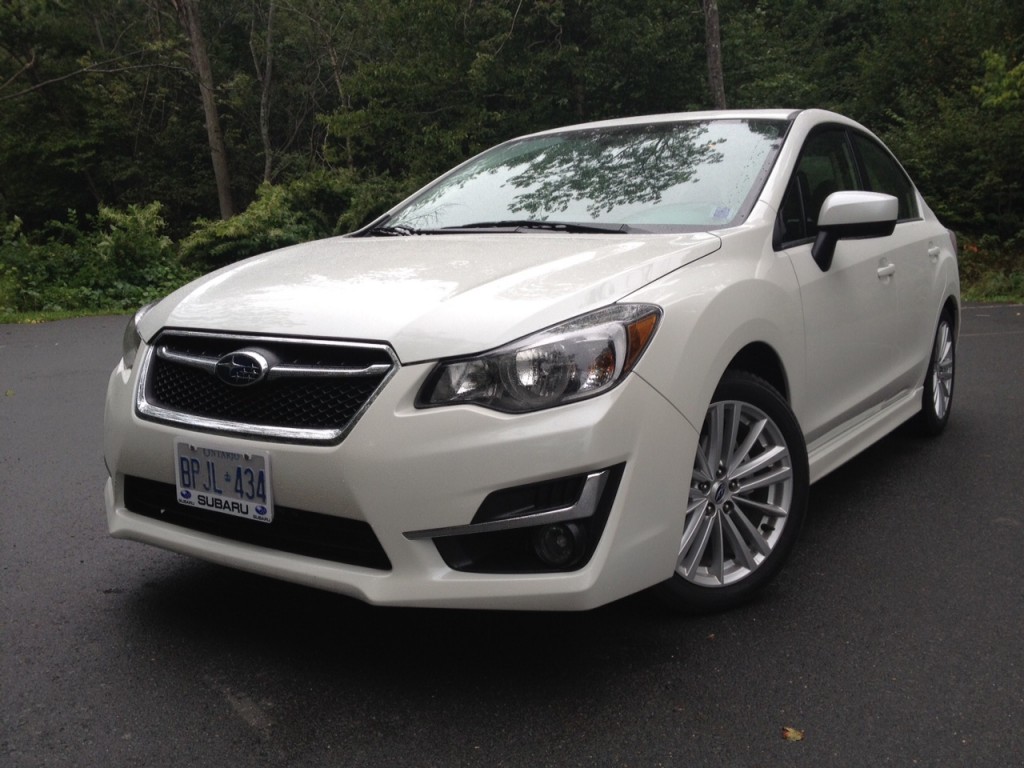