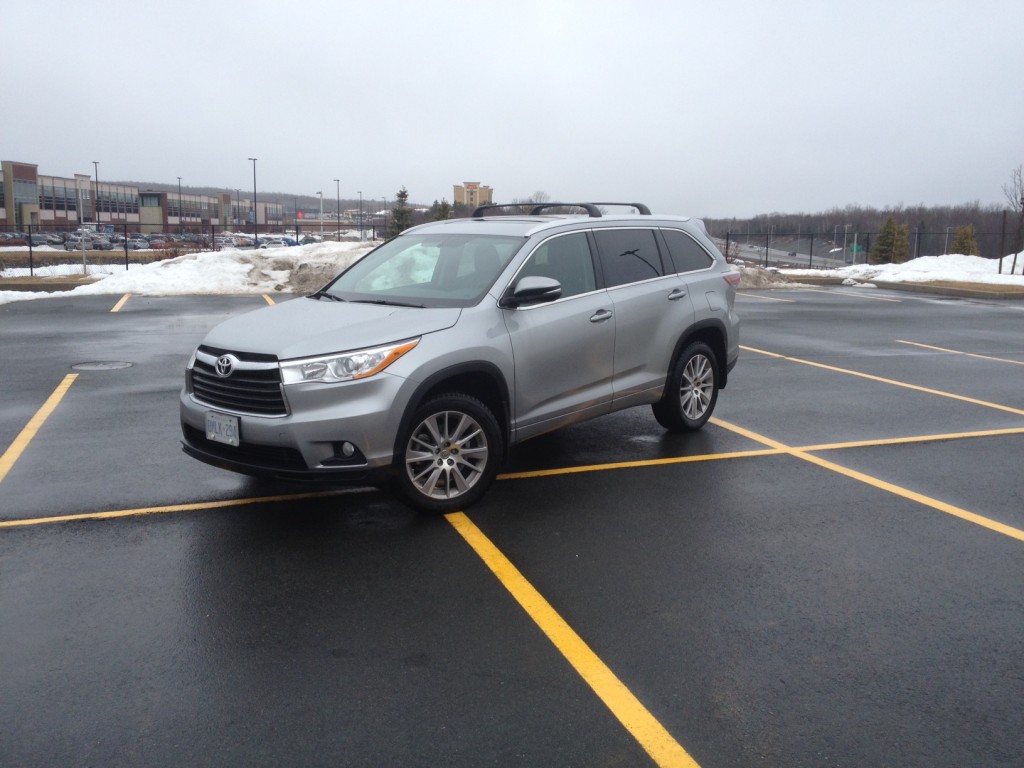 It’s interesting how new segments can emerge within the auto industry. Who would have thought, 20 years ago, that in order to be a true player in the market, you needed to have a mid-size crossover.

Think about it. All the major players have one. Honda, Volkswagen, Hyundai, Nissan etc.

Toyota’s entry into the fray came in 2000 with their Highlander crossover. Back then the RAV4 still had compact dimensions and the full-size Sequoia took care of those who needed something a lot bigger.

So the Highlander’s birth seemed to make perfect sense, and for a very long time it did. It sold well, looked good, performed the way a Toyota should (and then some) and it even spawned a hybrid variant.

Now, on its 15th birthday, I’m actually starting to question the Highlander’s relevance on the automotive scene. The Highlander’s baby brother, the RAV4, isn’t really a baby anymore. As mentioned, it has grown in size with each passing redesign and it’s at the point where it is about the same size as the Highlander in terms of interior room and cargo capacity.

For the 2015 model year, Toyota has breathed new life into the Highlander though. Does it have what it takes to keep the sibling rivalry down? 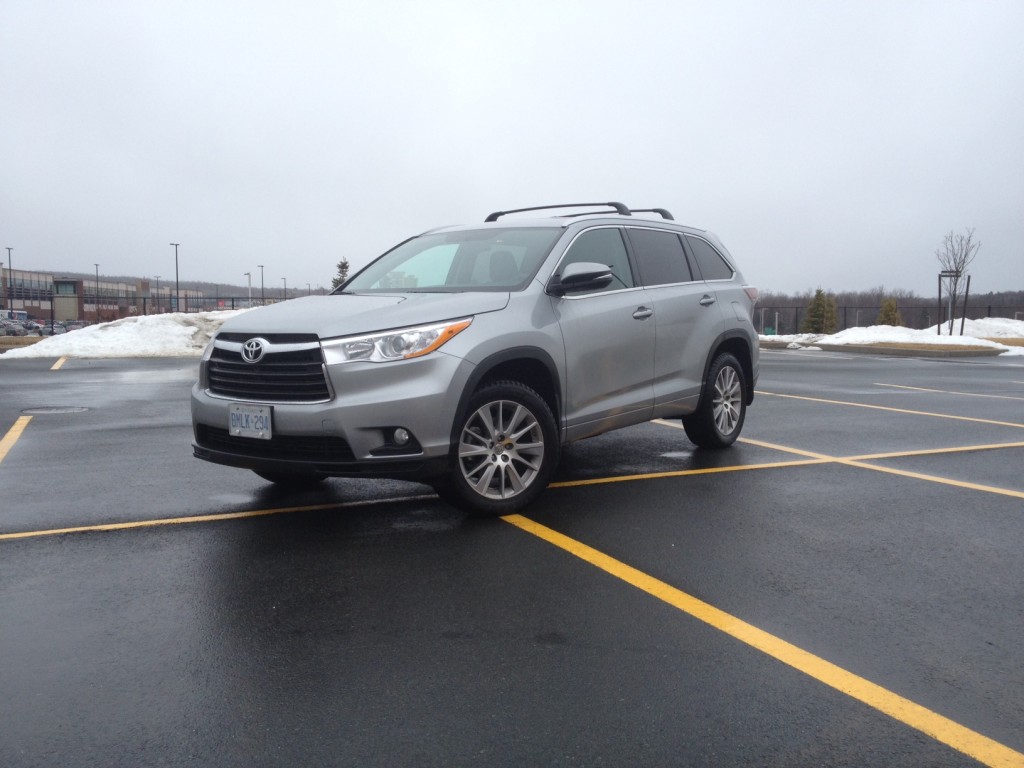 Firstly, the exterior design of the Highlander was never ever put into question and I suspect the same will occur with this redesign, despite having a much more aggressive look. Personally, I find it to be a handsome vehicle and the bold, wide grille helps to keep the Highlander in line with Toyota’s new corporate look. The side profile is pretty typical, though the bulging rear wheel arches adds good character and it is nicely finished out back with classy wheel designs and a rather inoffensive, if a bit uninteresting tail light design. The bottom line is this look will offend few and please many. 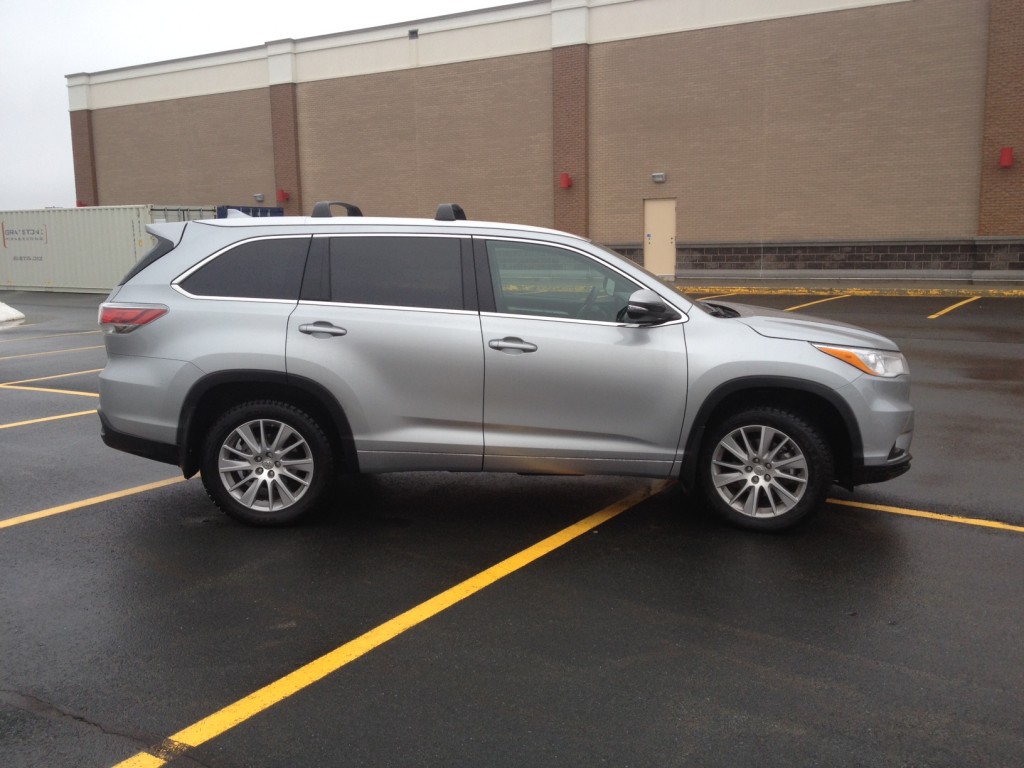 Inside, the Highlander gets another complete redesign. Not that one was ever needed. Toyota has always come up with quality, plush feeling interiors and the new Highlander is new different. It now sports a more corporate steering wheel and the controls are logically laid out and easy to get used to. 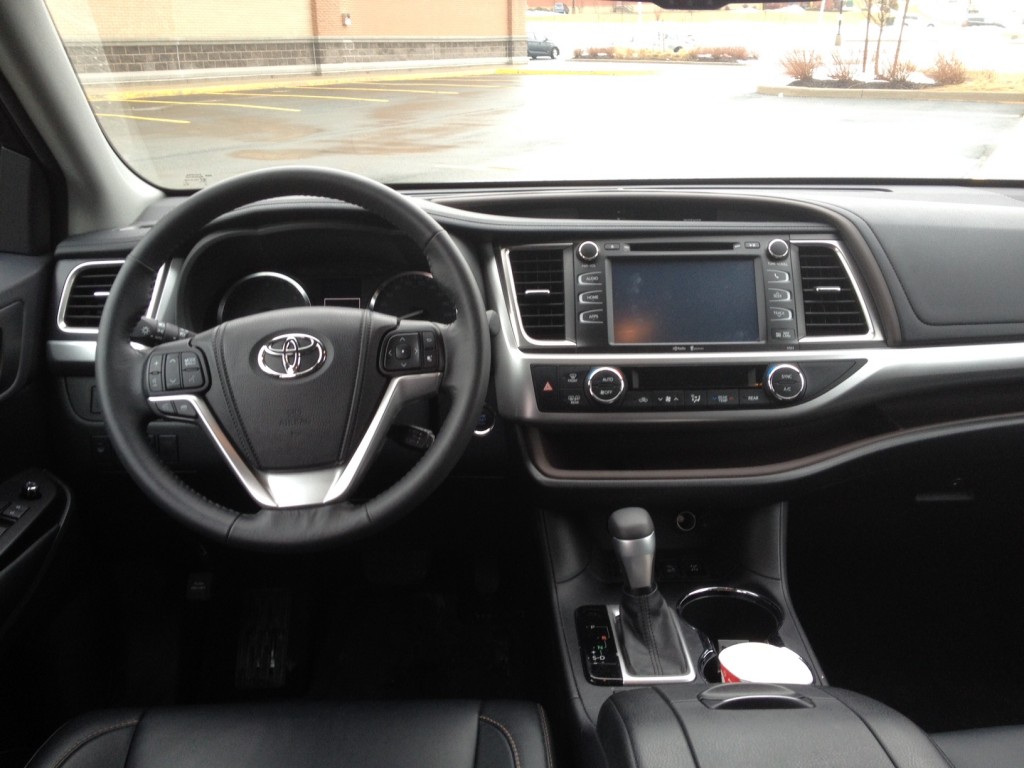 Toyota has incorporated its new Easy Speak function is proof that there is still smart innovation going on at Toyota Headquarters. Basically it allows you to speak to your passengers in the second or even third row seats without straining your vocal cords. This is done through the speakers and it is great for communicating with bratty children or those hard of hearing as the volume can be adjusted. 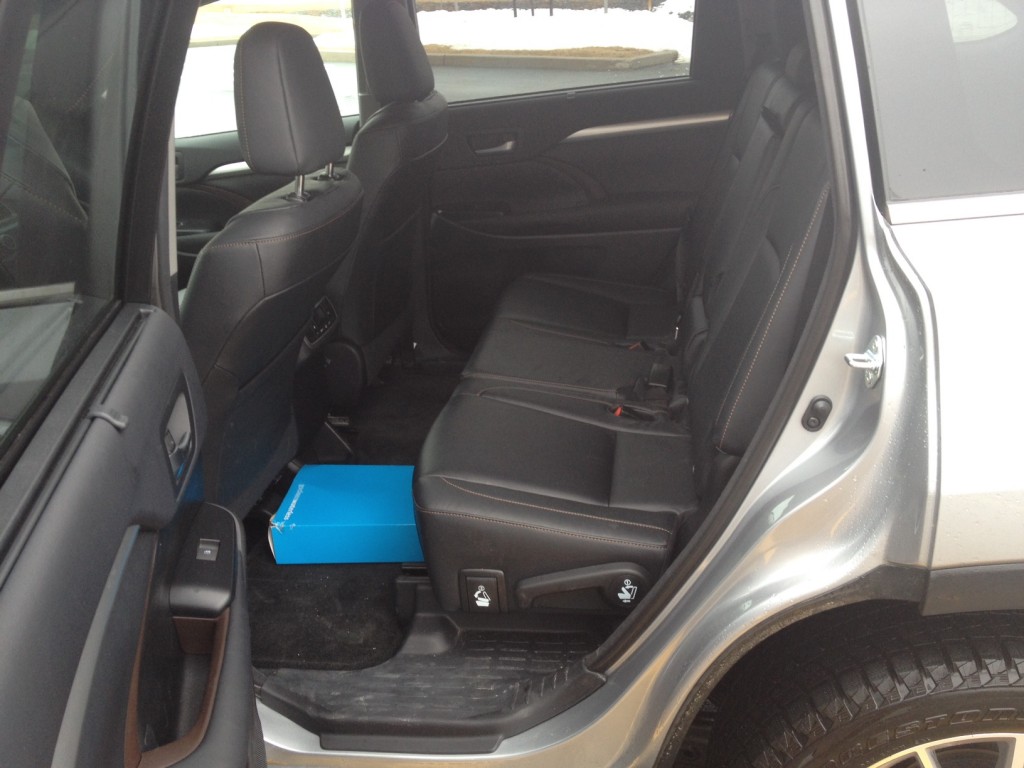 The second row of seats are comfortable and few will find any issues with head, leg or knee room. The third row will fit two, although it will be a tight fit, and I can’t see how three could be seated back there, even though Toyota claims it’s possible.  Entry and egress is fairly easy though. 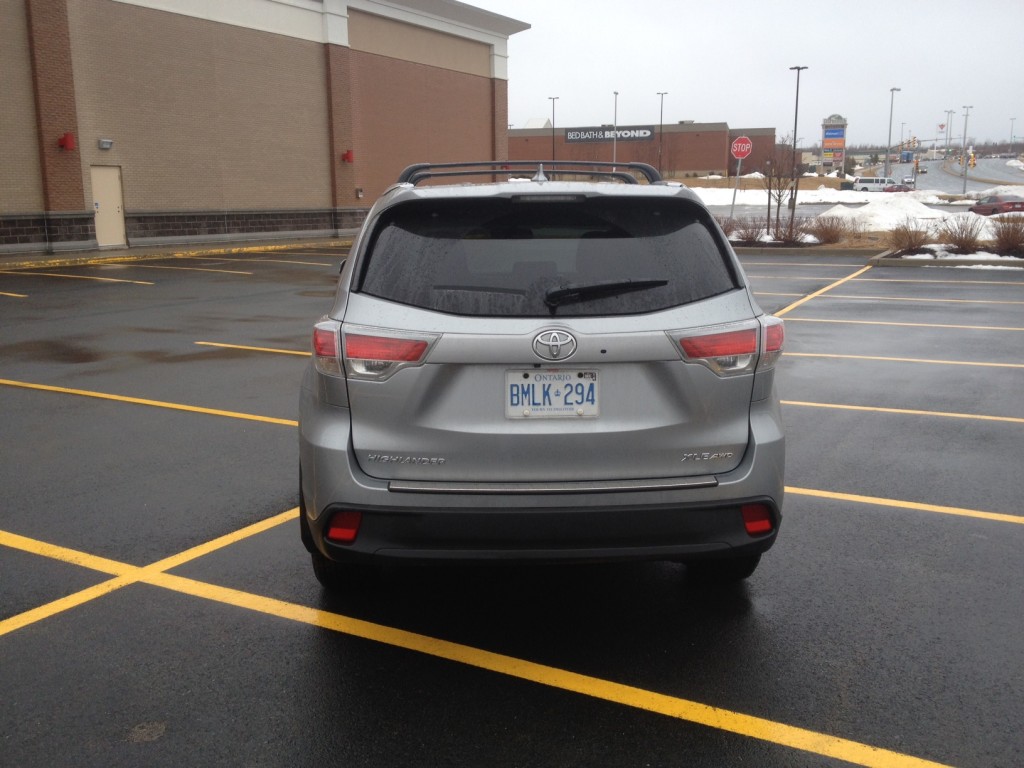 If you fold all the rows down, you’ll get a tremendous amount of cargo room, over 2,300 liters of space to be exact. That’s already more than the impressive 2,000 litres of cargo room of the RAV4 – although you would still expect it to be more spacious being a mid-size crossover. That said, you’ll be hard pressed to find anything that won’t fit and folding the seats down is an easy task. 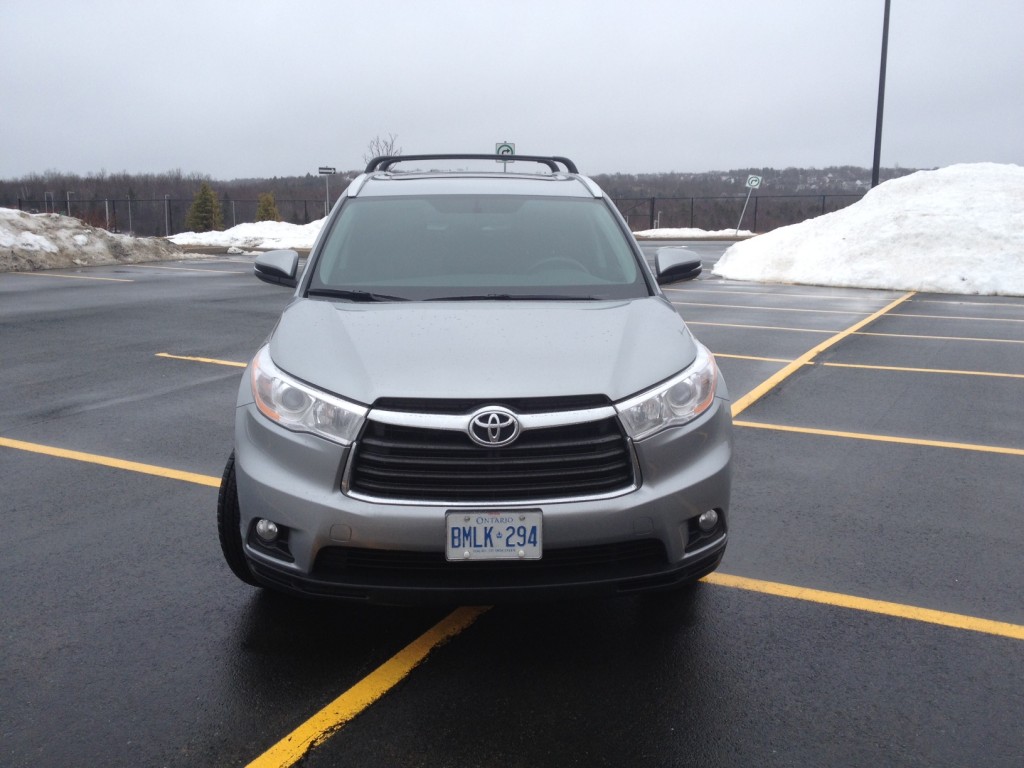 Under the hood you’ll find either a 4-cylinder engine or a V6 depending on the trim level you opt for. My tester came with the V6 which is a 3.5 litre naturally aspirated unit producing 270 horsepower and 248 pound foot torque which is good enough to tow about 5,000 pounds. This unit gets the Highlander off the line more than adequately – but perhaps more importantly – it does so with little gusto. I say importantly because I’m guessing those who are in the crossover market don’t look for the same sort of thrills as performance enthusiasts do, so might as well have a nice quiet cabin for the ride. Part of the reason for this is the sophisticated 6-speed automatic transmission which does its job well with little fuss and as smoothly as possible. 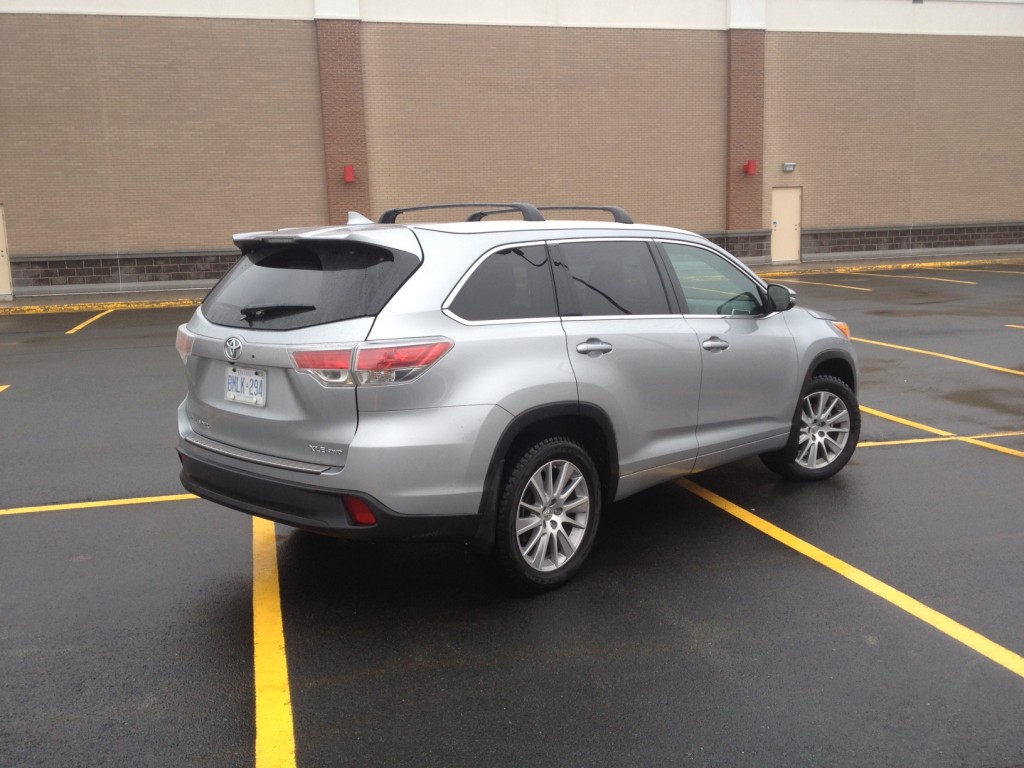 And speaking of the ride, it’s magnificent. It’s quiet, smooth and unassuming. It feels like a large vehicle when you are in a parking lot, however on the road, it feels a bit smaller than its size would suggest, and that’s very much a good thing. It won’t take corners like a tack star, but it also won’t take corners like a Sequoia and, crucially, it feels rather planted. It doesn’t have the typical bulky feel of other crossovers in the segment. 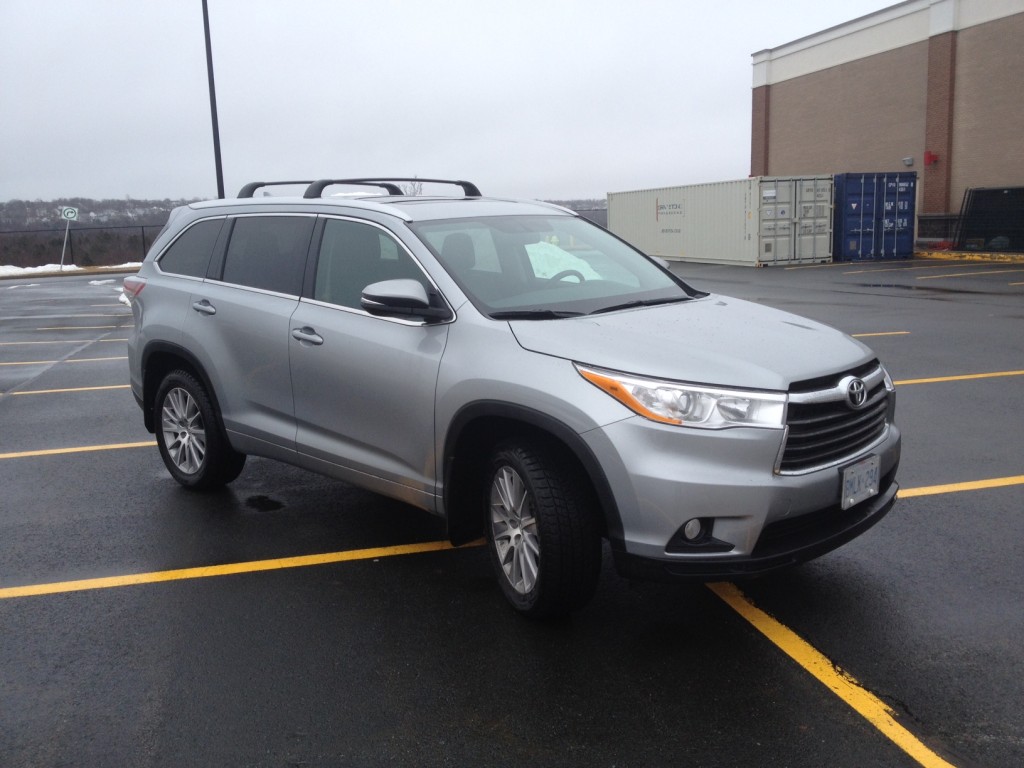 In fact, the Highlander’s pseudo-luxury-like feel and quality is really what sets it apart from the RAV4. If you want to treat yourself and your family to a good, quality, premium feeling crossover, the Highlander can’t be beat. If you want something smaller, a little better on gas, but is still just as capable, then the RAV4 is your guy. 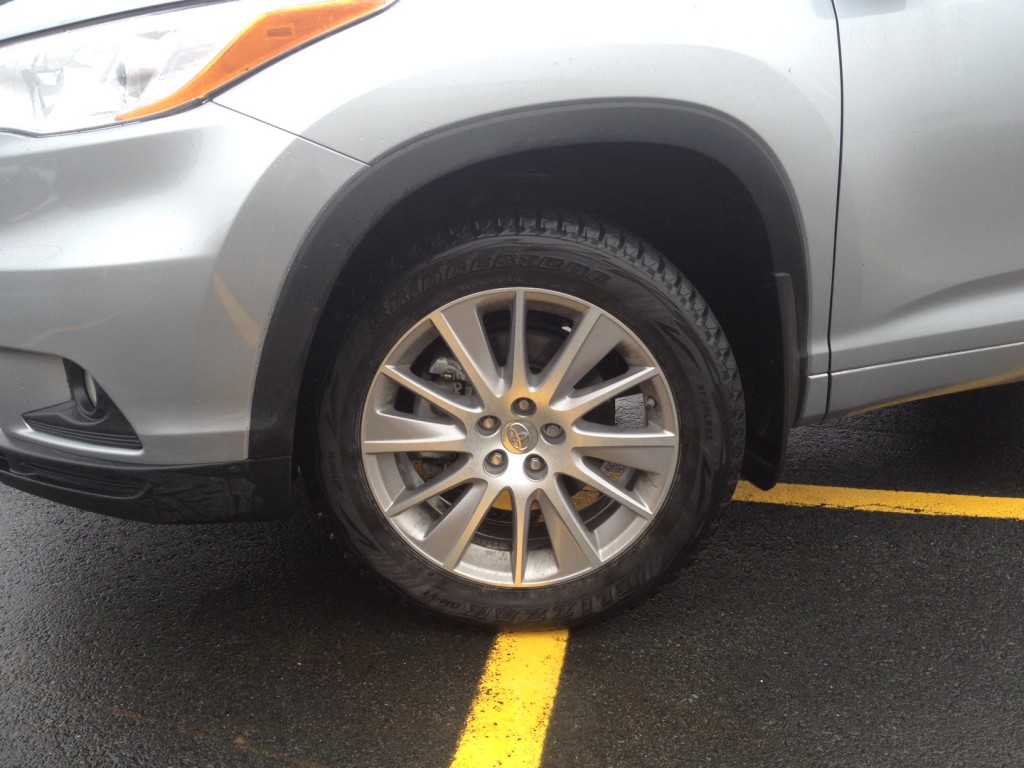 So, the Highlander does still seem to make sense even though the RAV4 is quickly nipping at its heels in terms of style, quality, safety and interior room. But there’s another problem. The sibling rivalry isn’t over.

You see, the new Highlander has such a high premium feel that, in my point of view, it could cut into sales of its cousin – the Lexus RX. It feels just as high quality, it has just as many creature comforts, it drives pretty much the same and it costs about 10K less. It may not be as flashy, but I’m thinking that works just fine for most folk. 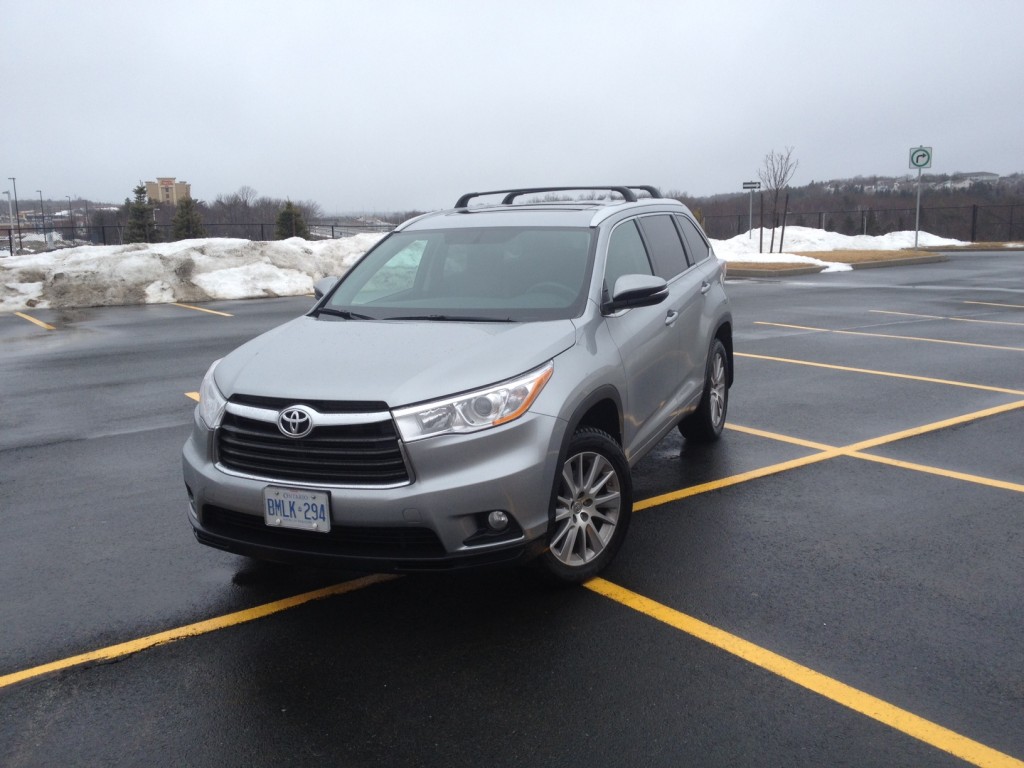 So instead of worrying about the RAV4 eating Highlander sales, I suppose Toyota should be worried about that other sibling rivalry. But regardless, you know you have a good product on your hands when the you only have to worry about customer’s leaving it for another one in your portfolio, and not another brand altogether.