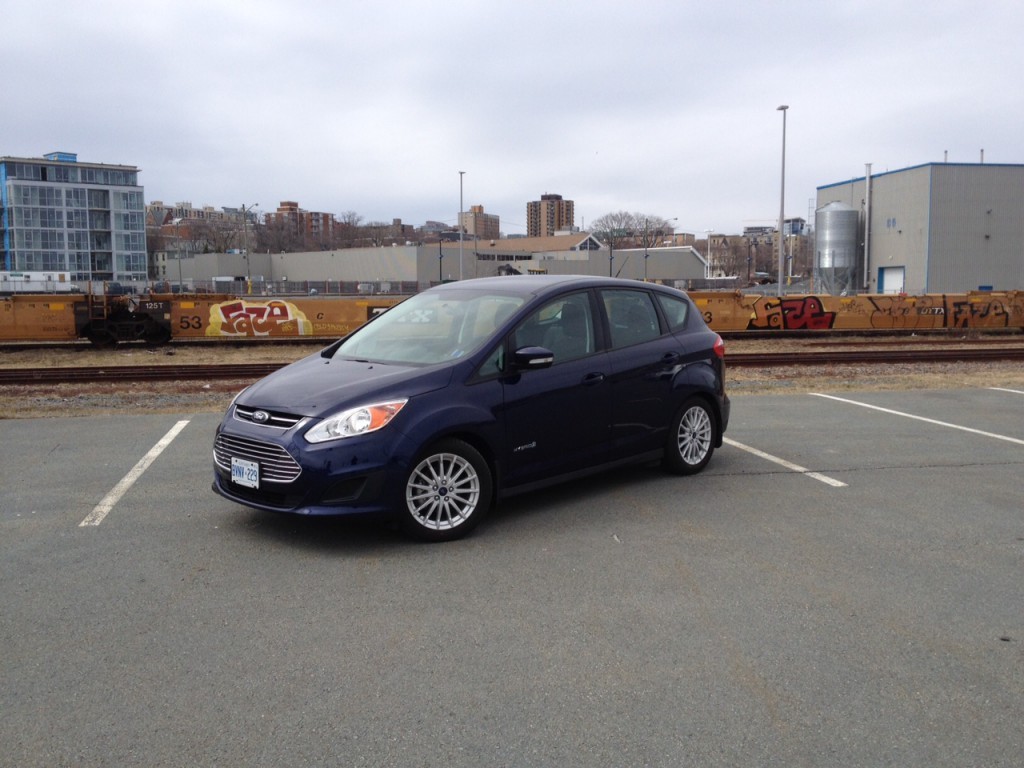 People sometimes ask me if there really is any true competitor to the Toyota Prius; the car that started the hybrid craze and arguably the most popular hybrid to ever be built.

That’s a bit of a tough question to answer. There was the Honda Insight, which most lambasted for copying the Prius’ design a little too obviously. However, the Prius’ shape is widely accepted as having the best aerodynamics and drag coefficient, so if it was a copy, I’m not sure Honda’s engineers could be faulted for it. But as far as hybrid’s go, the Prius was still king both in terms of efficiency and sales. Honda’s Insight was not long for this world as a result.

Some point to Ford’s C-Max as a competitor, but likely for the larger Prius V since the C-Max is bigger on the inside than the regular Prius. But the Prius V still eclipses the C-Max’s interior space.

So, the C-Max sits right in between the regular Prius and the Prius V. It is the closest direct competitor I can think of to the Prius. The question is, which of the three would you buy? 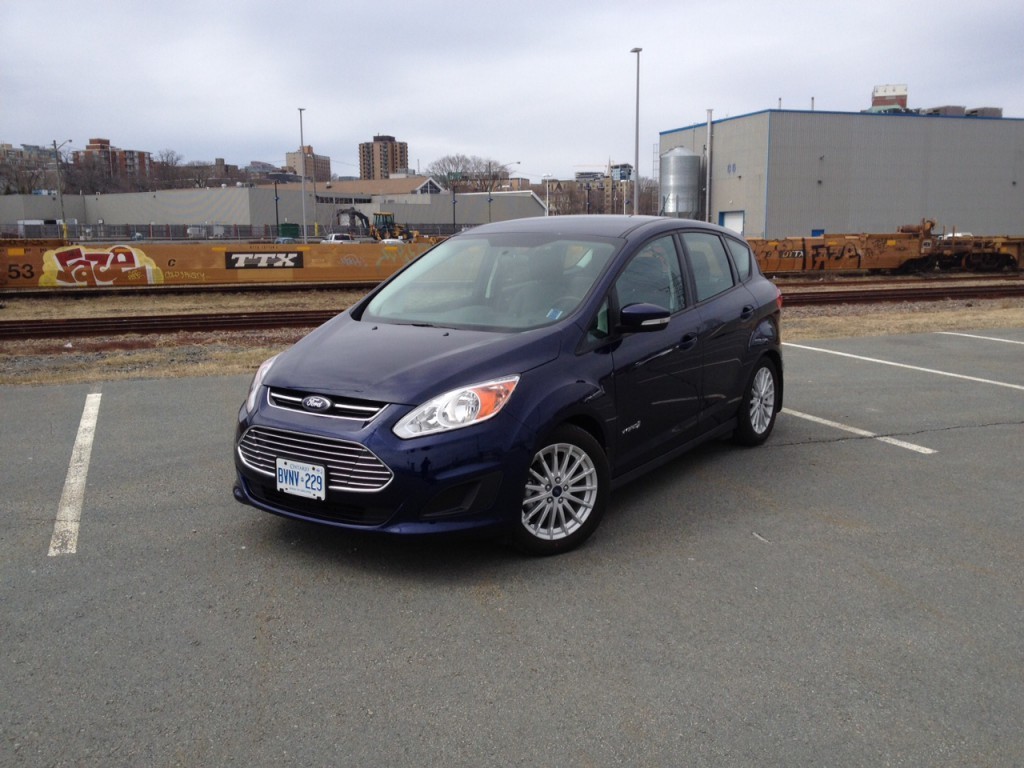 The Prius’ shape has always been a bit a topic of discussion, especially the recently redesigned version (which will be visiting the Car Driven garage soon, stay tuned for the review), but I’m not sure too many people would be in love with – or offended by – the C-Max’s design. It’s tall roofline does look a little bit awkward, maybe even mini-van-like, but the rest is fairly discreet.  Ford’ has attempted to incorporated its now signature Aston Martin-esque grill onto the front fascia of the C-Max, which only sort of works in my opinion, but the design remains fairly inoffensive. Nice looking multi-spoke 17 inch wheels help to complete the look, though I wish there were other designs to choose from. 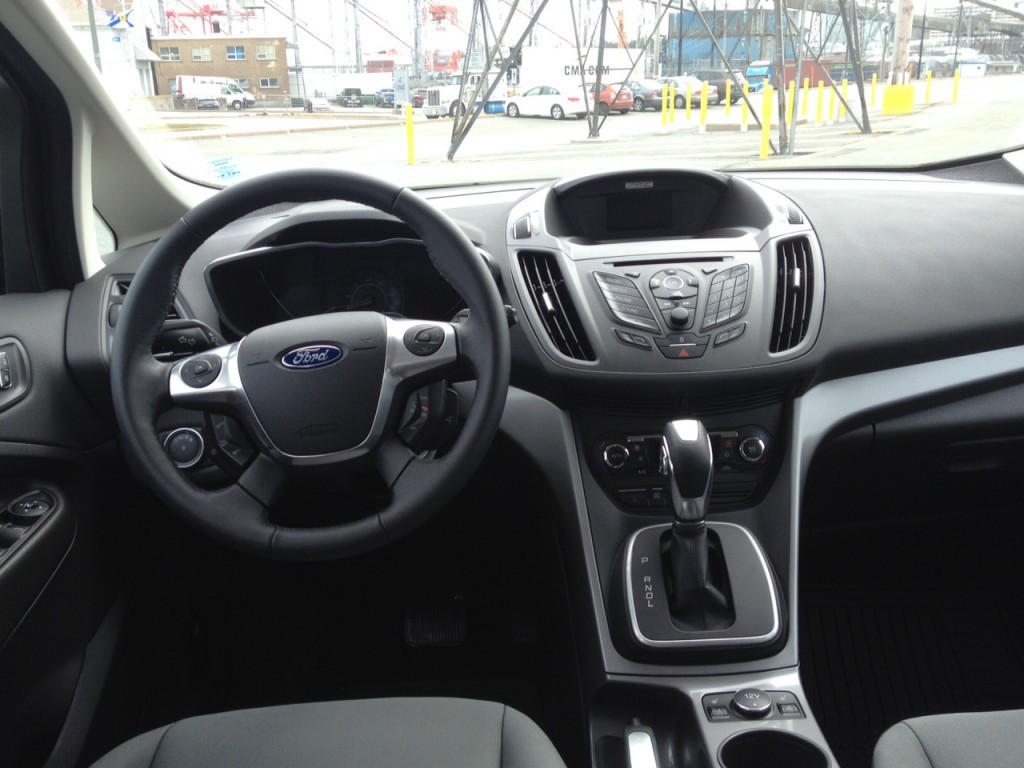 Inside, you’ll find an extremely airy feeling cabin thanks to that high roofline. Shaquille O’Neal himself would likely be able to fit quite comfortably inside. My tester was not equipped with a sunroof, which I suspect would have added to the open, airy feel of the cabin.

The C-Max debuted on our shores in 2012 and while the interior cabin design is far from old looking or feeling, it’s clear that the C-Max is near the bottom of Ford’s priority list for a redesign. Ford has since updated their corporate steering wheel design, for instance.

Since the SE is technically the base model of the C-Max, there was no large touch screen to house all the infotainment. Instead there was a rather smallish screen tucked deep within the dash, creating something similar to a cave. Not only does its size make it difficult to read, but it’s placement does as well. It is very far from reach of the driver. Likewise, the slanted centre stack with matching slanted buttons isn’t the must intuitive design out there. 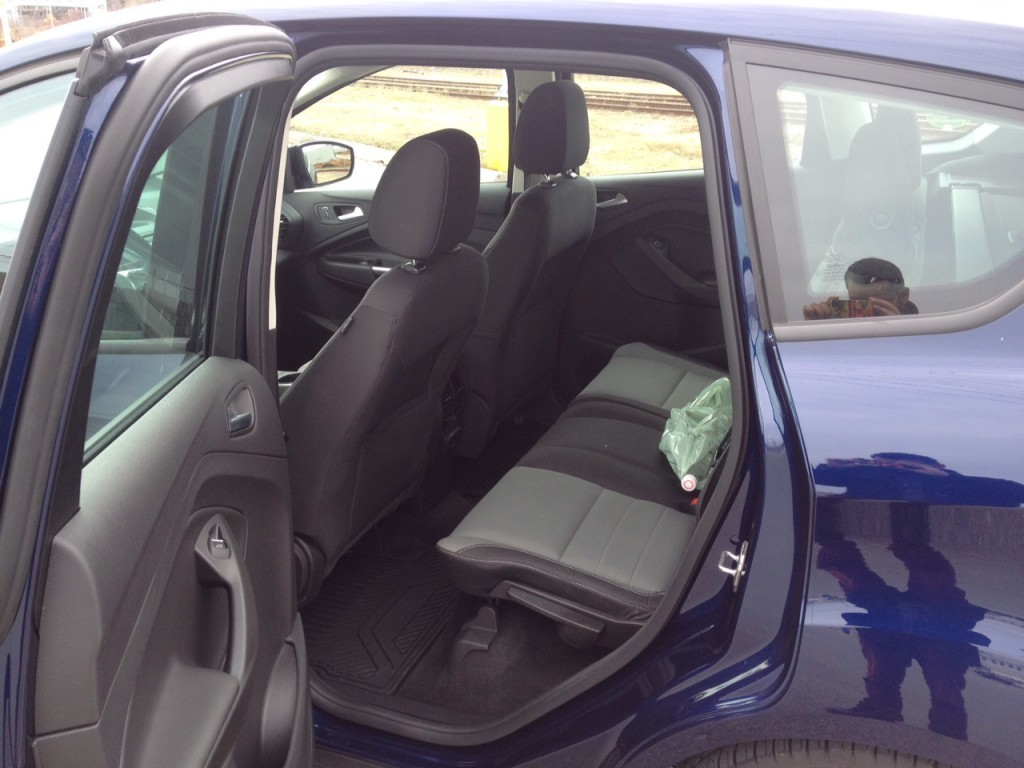 Luckily, most of the information you need can be placed behind the steering wheel along with the gauges, and a lot of it can be controlled by the many (perhaps too many) buttons on the steering wheel. However, on the left of the speedometer there is a small, yet easily readable screen which displays your driving report card. Here, you’ll find everything from how much of the battery you’ve used, to how efficiently you’ve been braking to, of course, how much fuel you’ve consumed. I have to say, I love this layout and I love the amount of information it provides about your driving habits. Human beings tend to be competitive with pretty much anything and I found myself actively trying to beat my braking scores for instance. I didn’t do this because I was just that interested in braking efficiently, but I did it because I like to challenge myself. The end result was an indirect attempt to save gas and increase battery charge. It’s great. 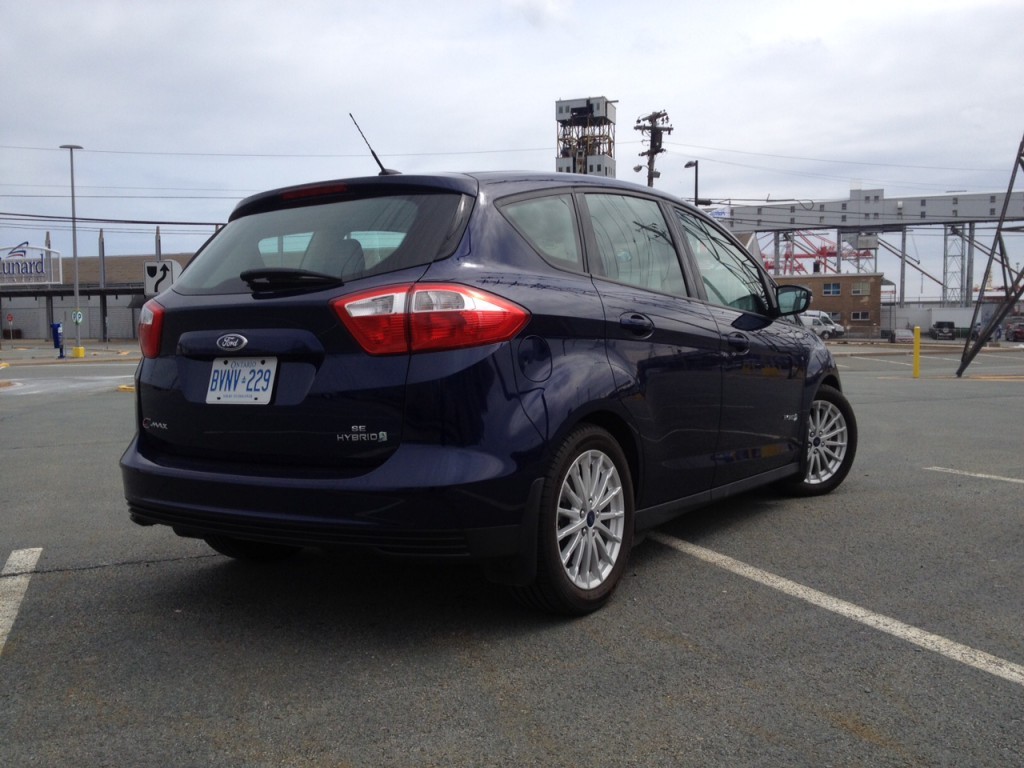 On the right side of the speedo, you’ll find the efficiency leaves. This is another driver prompt to encourage you to drive efficiently. If you do, you get more leaves. If you pull away from a red light like a bat out of hell, you’ll suddenly notice that the leaves from your screen fall off the vine as if it was autumn. Again, the competitive nature of human beings makes sure you collect the most amount of leaves that you can.

Cargo area is a bit of a disappointment considering how spacious the interior is, but then again, you have to put that massive battery somewhere. It does impede with space even with the seats down, but for every day use of getting groceries or popping a gym bag back there, it will do the trick just fine. 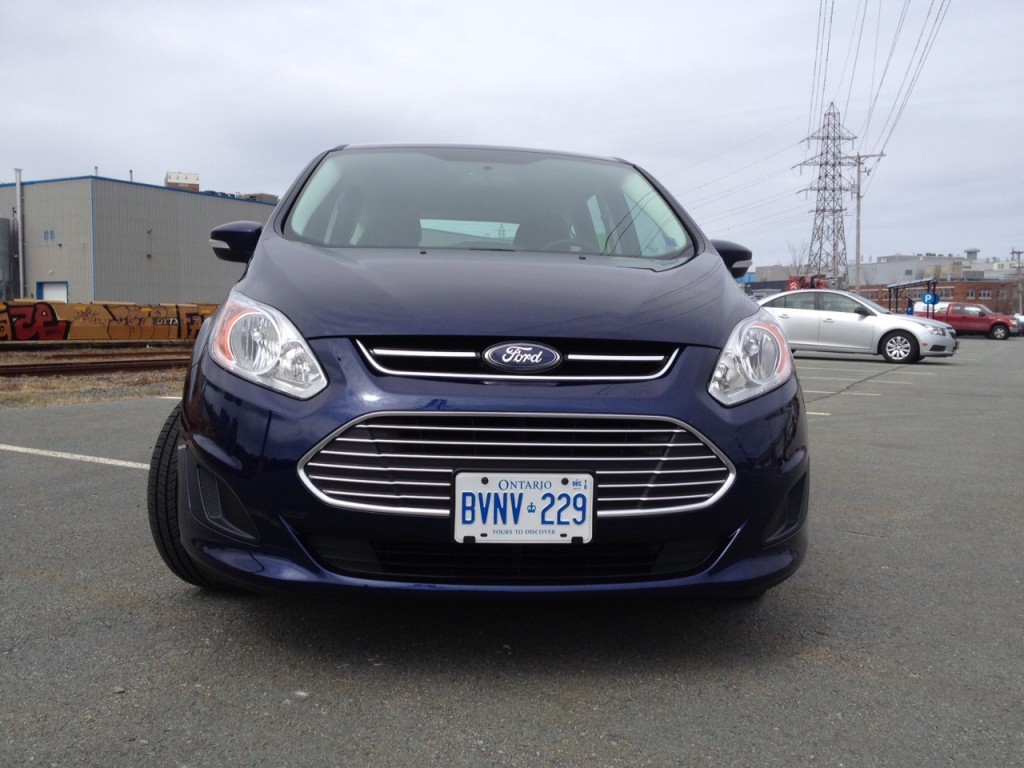 You’ll find a 2.0 litre gas engine under the hood of the C-Max which produces 141 horsepower and 129 pound feet of torque. When you add in the power from the electric motor, that combined number comes in at a healthy 188 horsepower which is matched to a continuously variable transmission (CVT). If you do want to drive like a bat out of hell, I have to say, the C-Max isn’t the let down you would think it to be. Power is definitely adequate and acceleration could be described as good. The CVT doesn’t nanny as much as you think it would, and let’s you have a bit of fun every now and then. 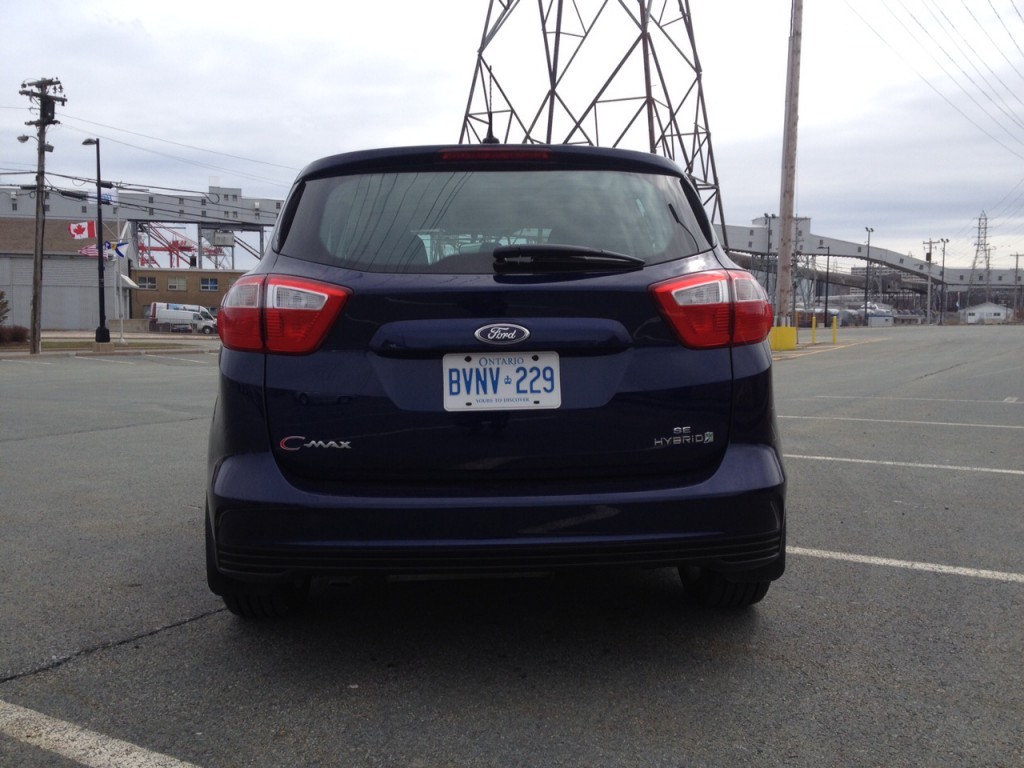 Those rolling resistance tires of course prevent any sort of stellar handling ability, however it wouldn’t be a stretch to call the C-Max’s handling good too. Relatively good, of course. You’d expect those tires plus its top heavy shape to do it a bit of a disservice in the bends, but the truth is the C-Max handled them admirably.

The ride itself is decent too, though I would fall short of calling it refined. The suspension does tend to take in a lot of the bumps and potholes in the road and transfer them into the cabin, but don’t mistake that as a declaration of an uncomfortable ride. The C-Max is happy to perform adequately in this test as well, just don’t expect a Lexus-like ride quality. 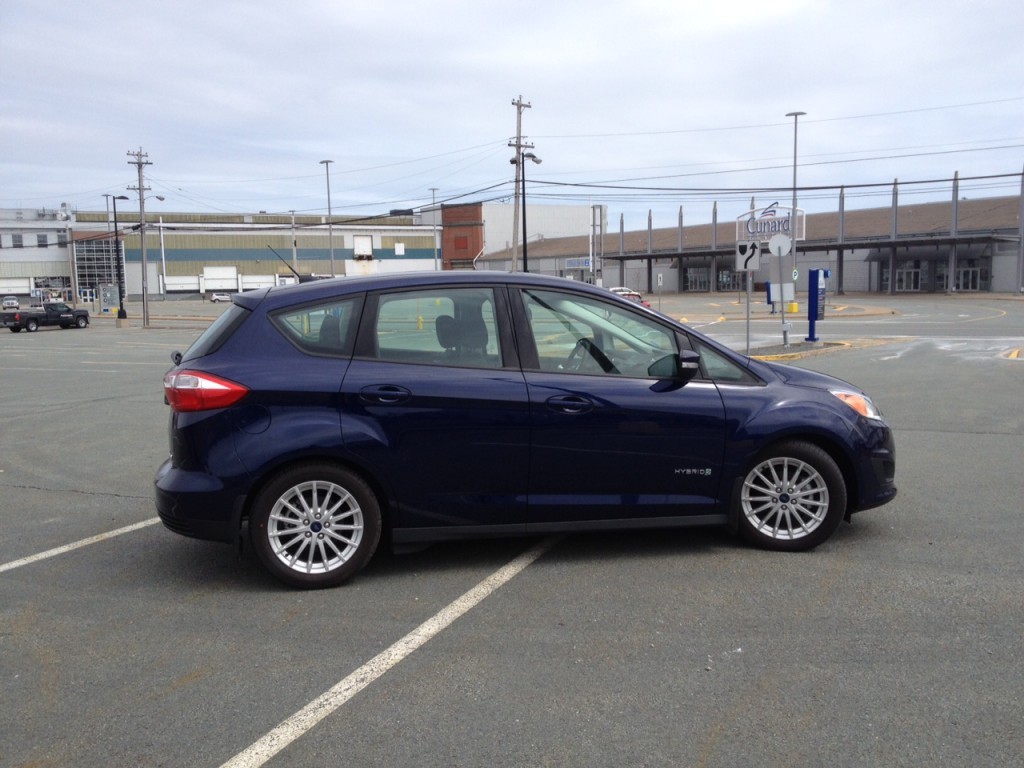 So now let’s get to the real reason why people are going to put the C-Max on their shopping list. You may remember three years ago that I tested the C-Max in SEL trim. Back then, I returned a hugely disappointing 8.1 L/100 kms in real world driving. Sure, it was the beginning of March at the time (and if you’ve ever experienced a Nova Scotian winter around that time, you’ll understand). And Ford was battling claims of over exaggerating their fuel consumption numbers at the time. So, let’s see what sort of difference three years and warmer weather makes 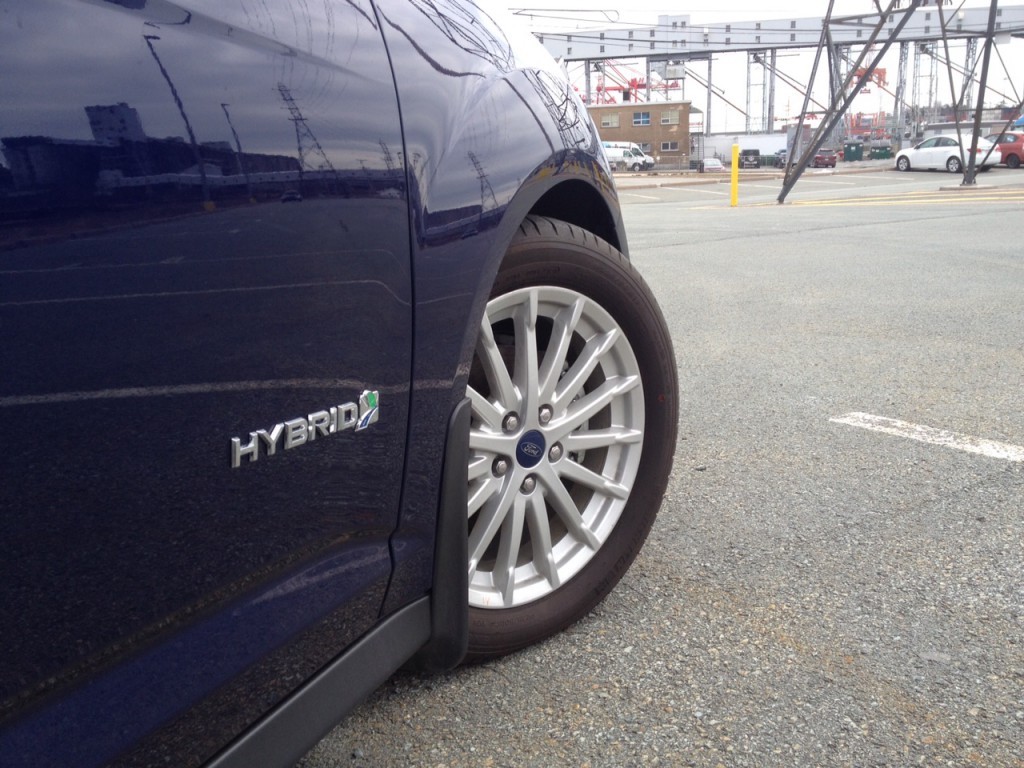 Officially, the C-Max is rated at 5.6 L/100 kms city and 6.4 L/100 kms highway (which I should note, are adjusted numbers thanks to the over exaggeration a few years ago). I’m happy to report that I just beat the official city number coming in at 5.5 L/100 kms. This is not only more realistic, but it also shows just how much your fuel consumption can dip in cold temperatures.

So, back to the original question. Which should you buy, the C-Max, the Prius or the Prius V. Well, it’s a bit difficult to say personally, since I’ve never driven the C-Max. I have driven the Prius and came away impressed with its technology and fuel consumption numbers. But I didn’t really get much from it in terms of that feeling I get behind the wheel of certain cars. And while it may be difficult to get that feeling from a hybrid in general, I did find myself having a lot more fun in the C-Max all while still returning exceptional fuel consumption numbers. So if you were to ask me today, I’d probably plunk my money down on the C-Max. But let’s not forget that Toyota has recently redesigned the Prius. I will be reviewing it in a few weeks, and it will be interesting to know then which I’d choose. Again, stay tuned. 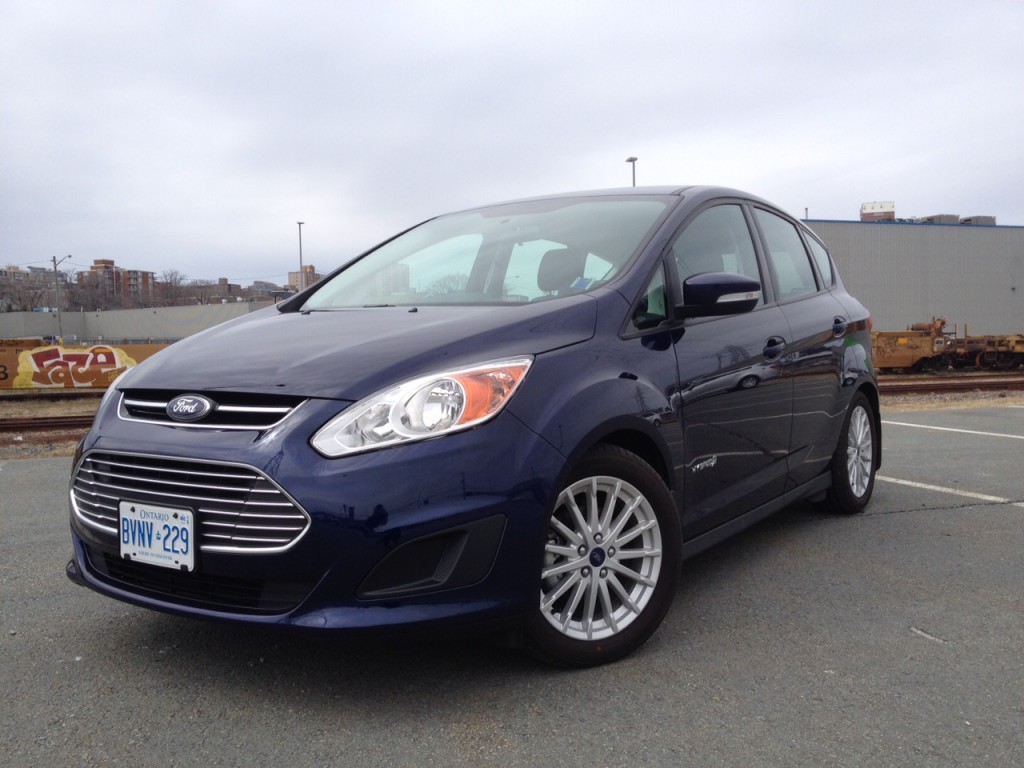