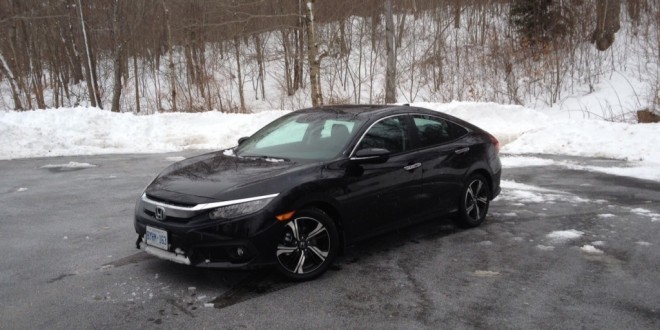 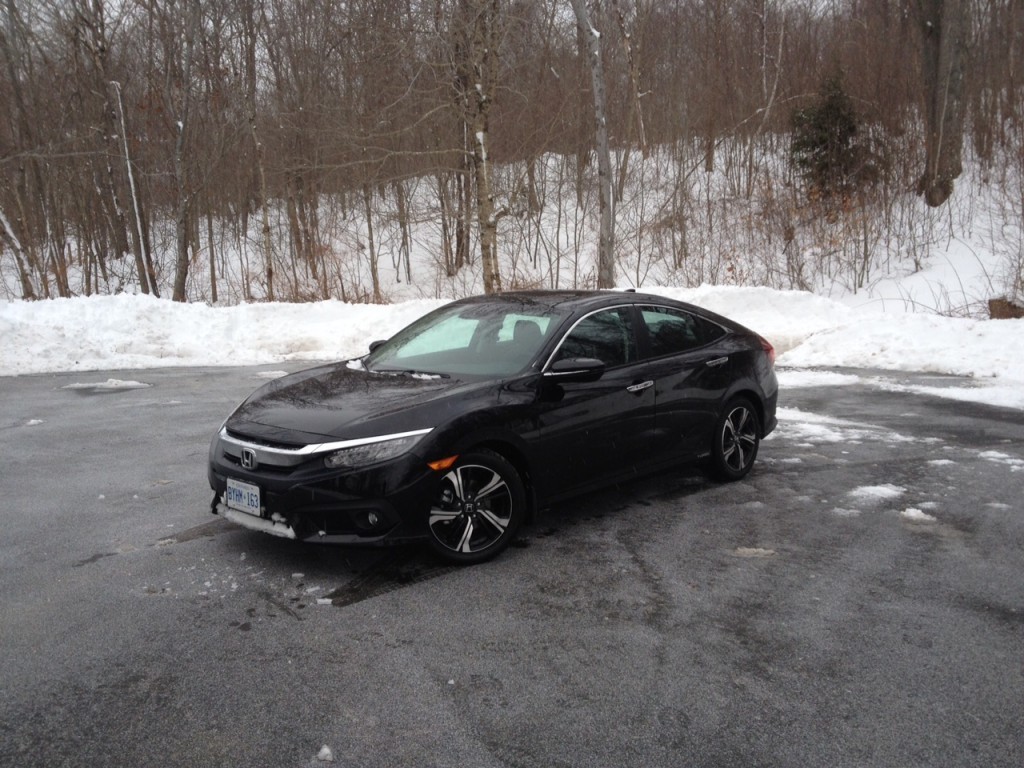 Whatever your feelings towards Kanye West, it is clear that he is a heavy weight in the music industry. Ever since he came out with his sophomore album, ‘The College Dropout” over ten years ago, West has been instrumental in defining, shaping and challenging our preconceived notions about hip hop.

As time went on, West’s talents became more widely known and today he is indisputably one of the best artists of any music genre.

But the turn off for most is his childish outbursts and egotistical rants. In Kanye’s mind, he’s the best, and that’s the end of it.

Then Drake happened. The Canadian singer and rapper took over the hip hop scene in relatively short order, causing West to not only take notice, but to realize that his superstar status was being challenged quite successfully. Other young and up and coming talent such as Kendrick Lamar, Big Sean and Pusha T were all climbing the latter. The latter two are signed to West, but Big Sean actually surpassed West in MTV’s Top 10 MC’s list a few years ago. This reportedly make West rethink his position within the rap world and forced him step up his game.

Honda found themselves in a similar position back in the 2012 model year. Prior, Civic was riding high on reputation, accolades and top segment sales numbers to back it up. Honda felt as if the Civic was the benchmark and it was up to the competition to catch up.

Then the Korean twins came out with sleek, curvy designs matched with better warranties and more standard equipment, while Honda was seemingly perfectly content to do the bare minimum thinking they could just rest on their laurels. Big mistake.

For the first time ever, the Civic was panned by all critics. It lost its ‘recommended’ status from Consumer Reports.

Honda went through with an “emergency refresh” after the unfavourable verdict was out, and while it was an improvement, the Civic was still playing catch up to the Koreans and other brands such as Ford and GM who also stepped up their game.

Now, for 2016 Honda claims to have learned their lesson and are back to making the product which made the Civic the benchmark in the first place. Has it worked? 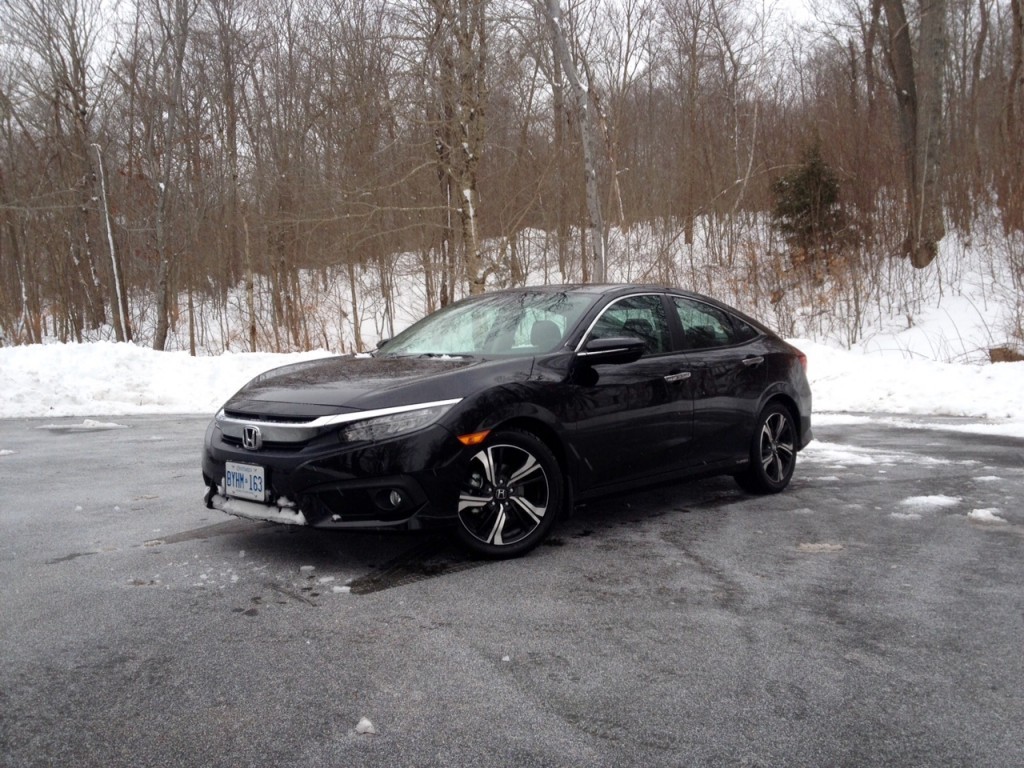 I once went car shopping with a colleague of mine a few years ago and we went to a Hyundai dealership to check out an Elantra. While the salesman was decent and respectful of the competition, I do remember he kept saying “the Elantra is way better looking than the Civic” more than once, as if that was the only selling feature of the car. Since looks are subjective, I won’t necessarily criticize him, but it’s far to say that this new Civic might be the most striking ever. It has taken on a sleeker side profile which is aided by a four-door coupe-like design in the rear similar to an Audi A7. The front features an elongated hood with a chrome bar on the grille which extends into the headlights, which are full LED on my tester’s top Touring trim. 17 inch-wheels and an aggressive tail light design out back complete the look. 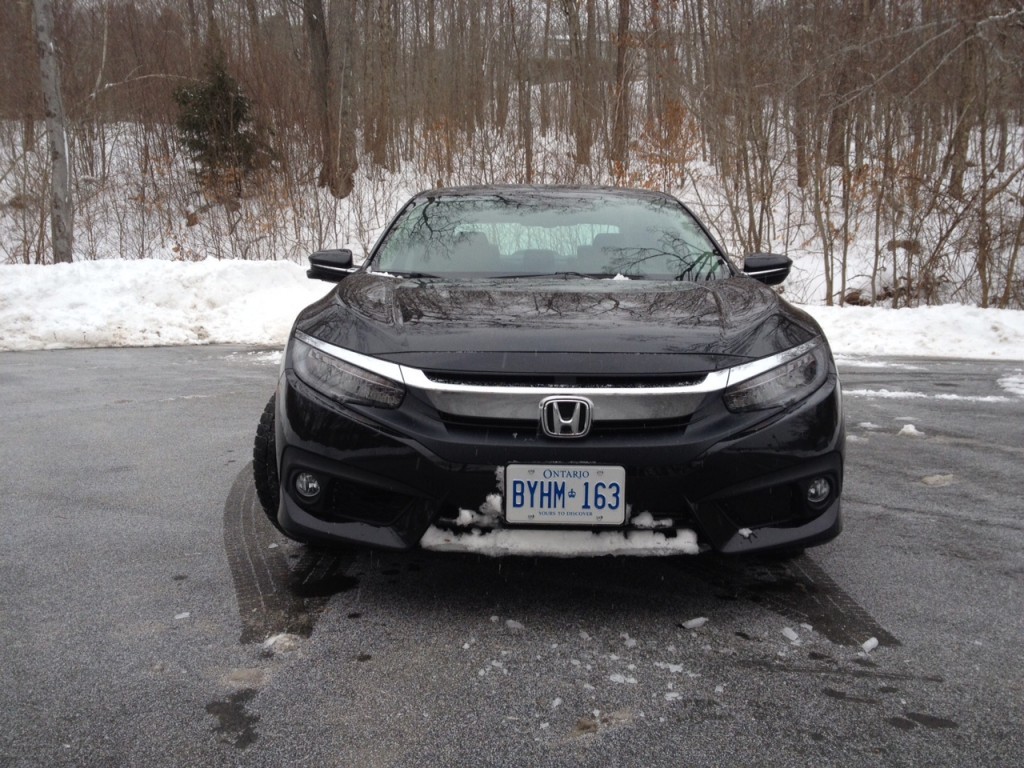 The Civic is clearly bigger, in fact it’s the biggest Civic yet. That’s because the wheelbase has been stretched by 3 centimetres, 50 millimetres wider and 20 millimetres lower, giving it a lot more presence on the road. Overall, the look is much more upscale and right now, there’s no vehicle in the segment that looks anything like it. My only personal gripe with with the ‘Turbo’ decals found on the sides of the car. It’s a bit too ‘Fast n Furious’ and doesn’t fit with the car’s upscale look. Save that stuff for the Si, Honda. 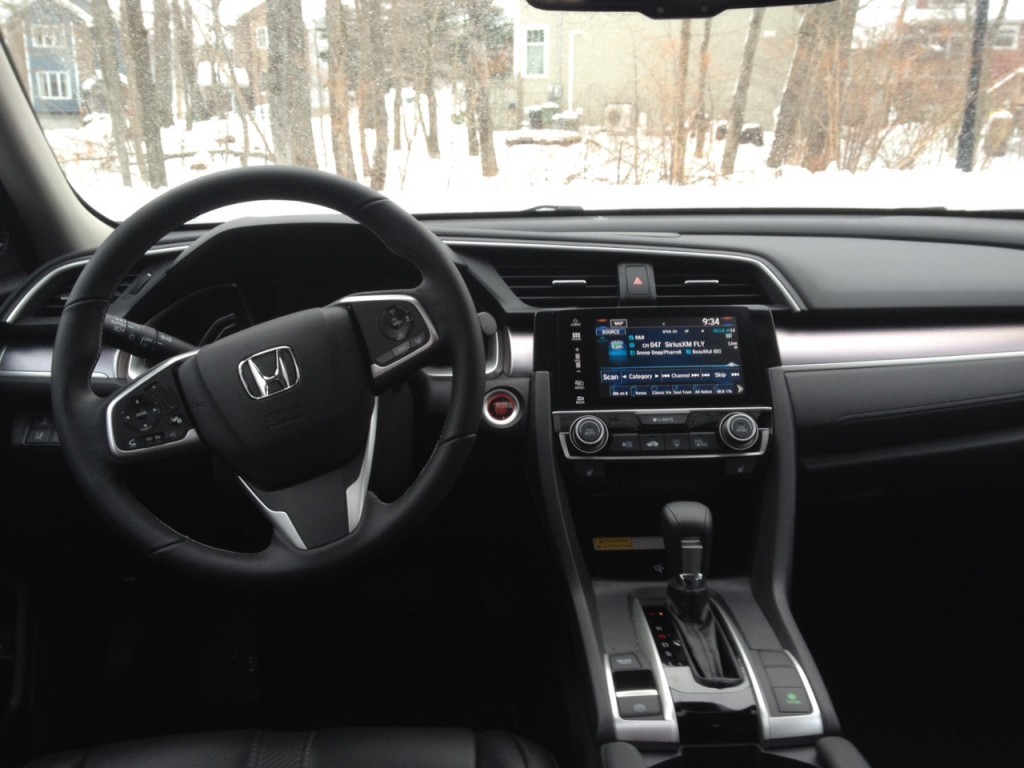 The 2012 Civic was riddled with hard plastics and an unintuitive design. The Civic was probably most known for its daring two tiered dash system, but Honda decided to ditch that for the 2016 model year going with a more traditional one screen system to house the speedometer. The look is much cleaner and is less overwhelming. 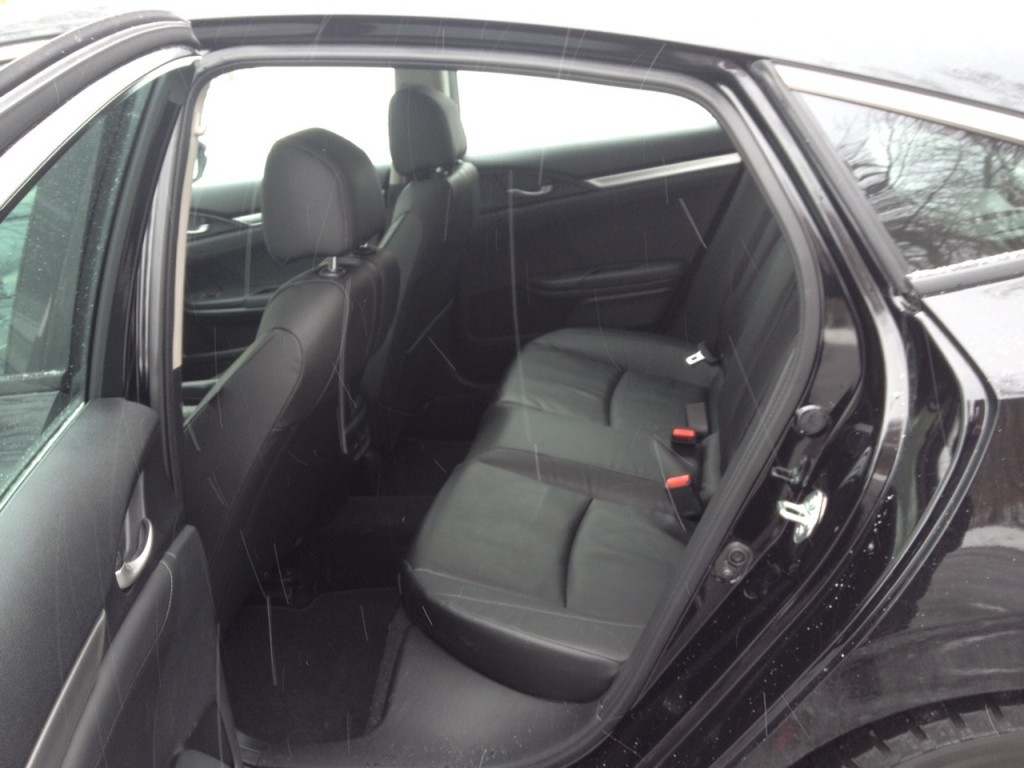 Thankfully Honda has gotten rid of the two tiered system for the centre stack, found in most current Acura product in favour of a single screen that is well positioned and clear to read, however it is still a bit complicated and can be a bit fidgety when trying to operate it. I’m going to mention this in every Honda review until it’s remedied: give us back our volume knobs, Honda. The touch sensitive icon you replaced it with is nowhere near as intuitive, it forces you to take your eyes off the road and it doesn’t always respond to command. Yes, there is a way of adjusting the volume on the steering wheel, but that isn’t second nature for most people. 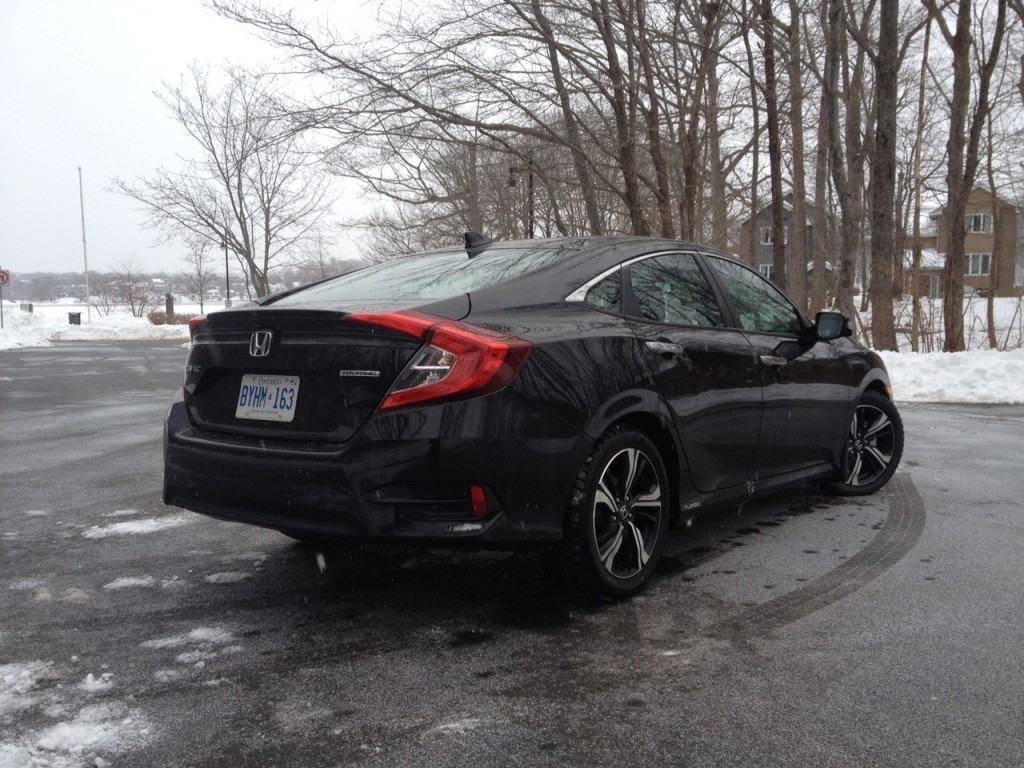 Below there is a wireless charge pad along with Apple Carplay connectivity, which in a sense, negates the downside of the infotainment system. There are cup holders and plenty of storage in the centre console, which features a moveable tray.

Since this is the biggest Civic yet, there is no issue with head, knee and leg room but that’s only true if you aren’t relegated to the rear centre seat. One of the great things about older Civic, even the 2012 model year, was that there was no centre hump impeding legroom. But since Honda has lowered the new Civic, the hump is now present and it’s intrusive; an unfortunate result of style of substance. 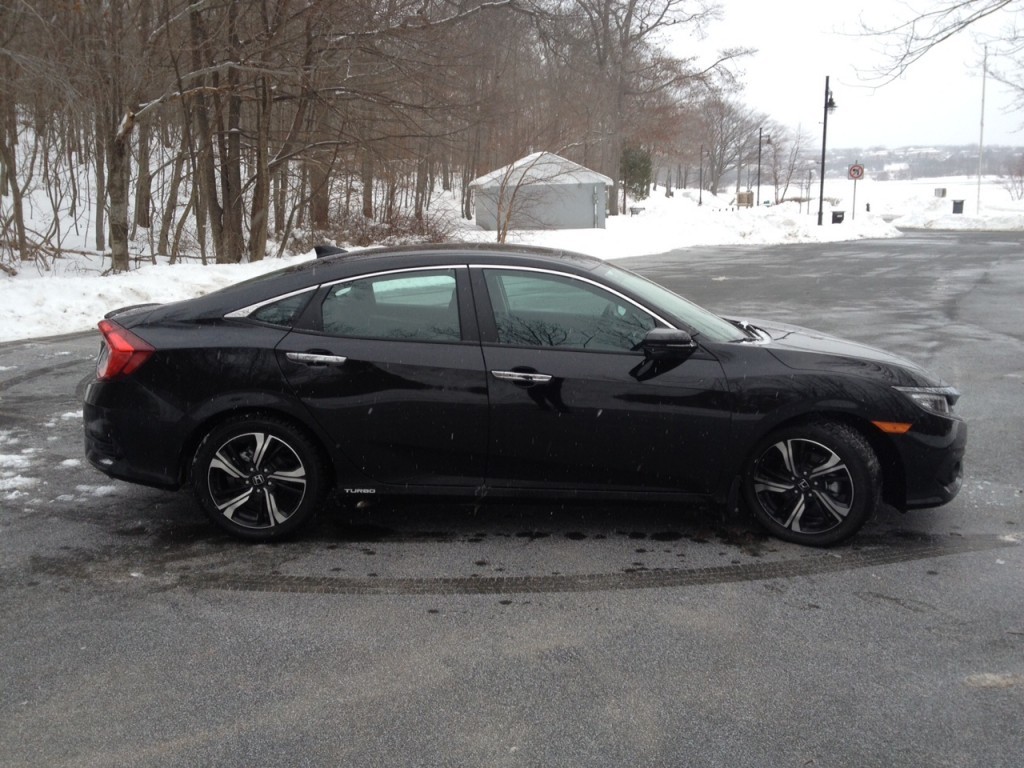 There’s a new trim level for 2016 called the EX-T, where T stands for turbo. This new 1.5 litre engine is fitted to the Touring trim as well and it produces 174 horsepower and 162 pound foot torque. This unit has more power and torque than the base unit, yet the best fuel consumption. That could be due to the continuously variable transmission (CVT), which is standard on the new 1.5 turbo. Usually CVT’s are the devil, but like a lot of other CVT’s Honda makes, this one isn’t nearly as much of a nanny when you want to get up and go and it is a lot quieter and more refined than most other CVT’s in the business. While I still wish a manual transmission was available with this new turbo engine, the CVT actually makes a strong case for itself because it keeps the engine’s RPM’s in the most ideal spot of the power band. I was never once left wanting for more power, especially with the shifter in ‘S’ mode, and it might be because maximum torque comes in at the low end; 1,800 RPM to be exact. 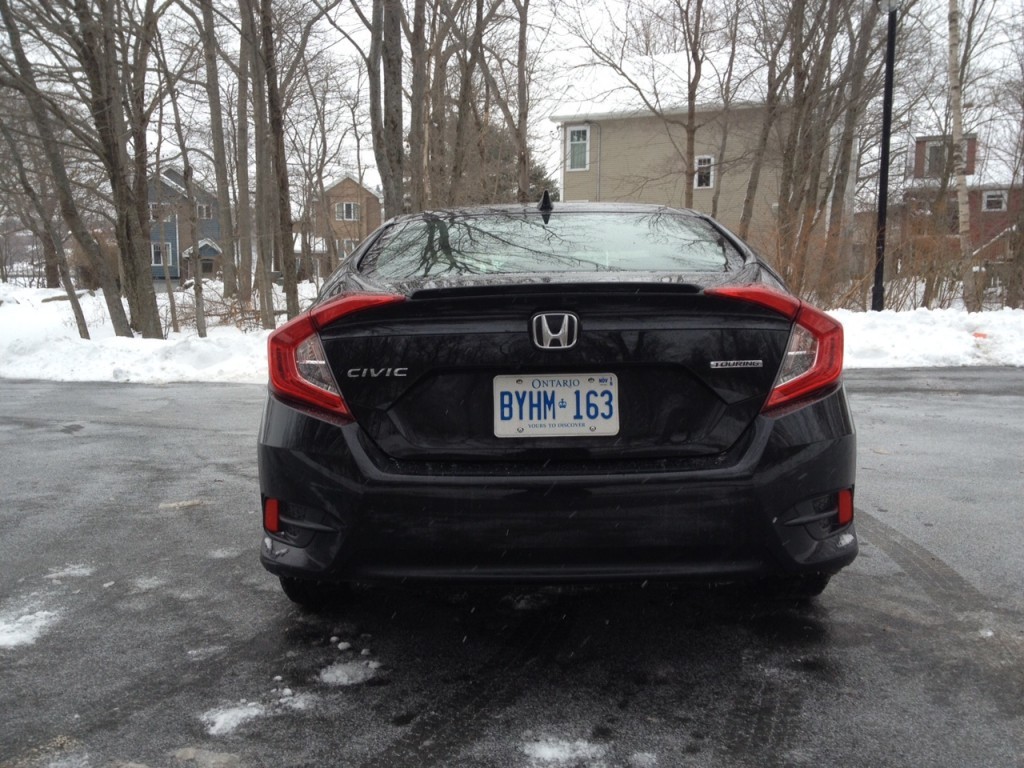 One of the best things about the Civic, aside from the 2012 model, was that the ride quality always struck a good balance between pleasant and firm. I’m happy to say this is still true with the 2016 Civic providing great comfort around town. But the spirit of Civics before it still remains despite its growth in size. The Civic is still a pleasure to toss in the corners and it feels relatively sure-footed in the process. Match that with a good sized steering wheel that is fairly direct with adequate feedback to the driver and you’ve got a run-of-the-mill family sedan that you can actually play with on the way home from dropping the kids off at school. 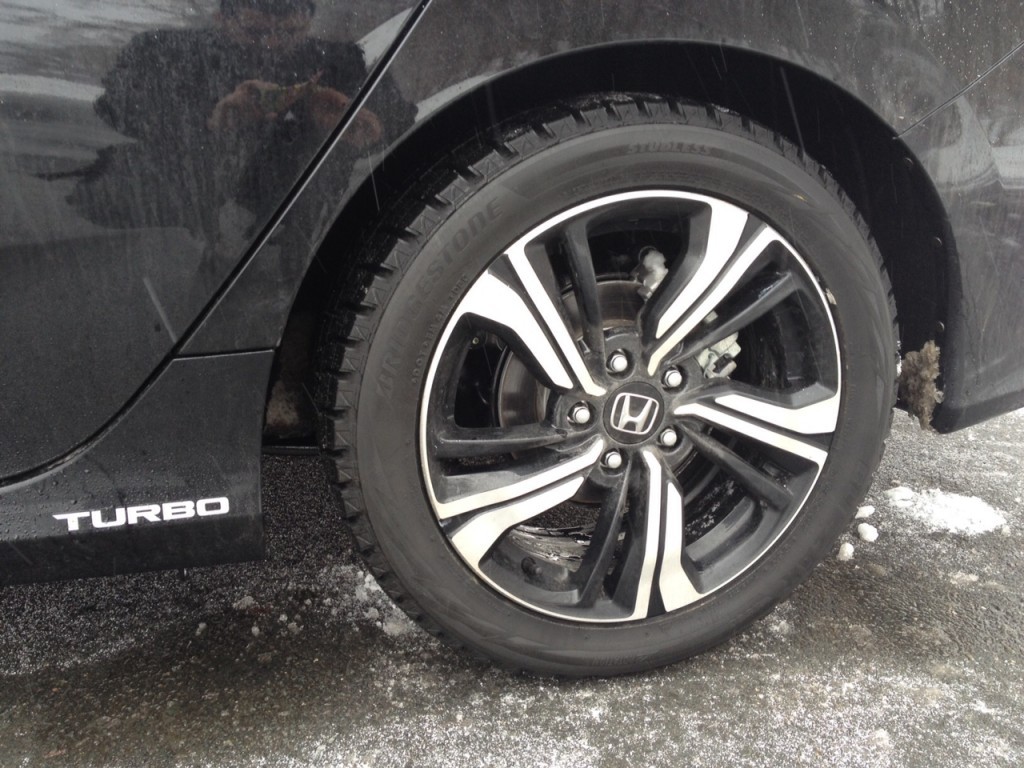 The Civic feels light on its feet, giving confidence to the driver that understeer will not be a problem, even if there’s a minor whiff of understeer during hard cornering. That light on its feet feeling translates into a bit of a less solid feel on the highway, less solid feeling than a German rival in the form of a Jetta for instance, but the Civic in Touring guise still remains an excellent road trip companion with lane keep assist, adaptive cruise control and blind spot monitoring helping out along the journey. 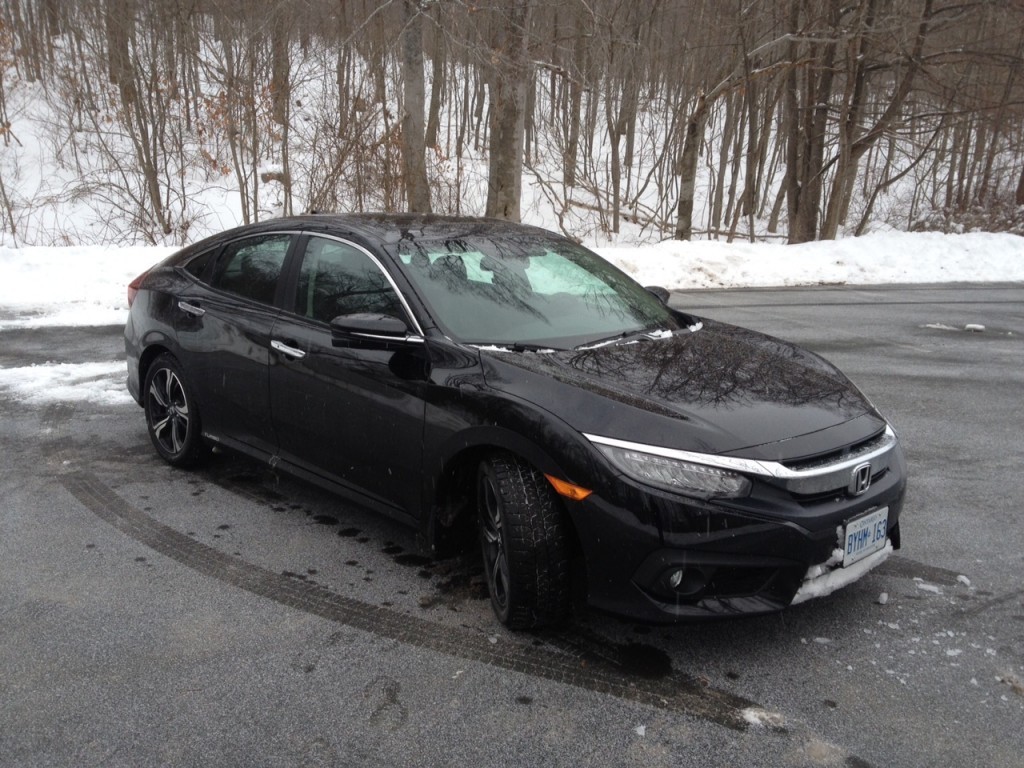 As mentioned, the new 1.5 litre turbo is the most powerful yet the most efficient. On paper it’s rated at 7.6 L/100 kms city and 5.5 L/100 kms highway. My mixed real world fuel consumption results came in at a rather disappointing 9.5 L/100 kms. However to be fair, I was the very first auto journalist to test the Civic which means the engine was far from being broken in and the week I had it, we experienced consistently fridged temperatures. Not to mention I rarely had the car in Econ mode and kept it in S mode for most of the time. Considering all those factors, it’s likely the new engine could do better under more ideal circumstances. 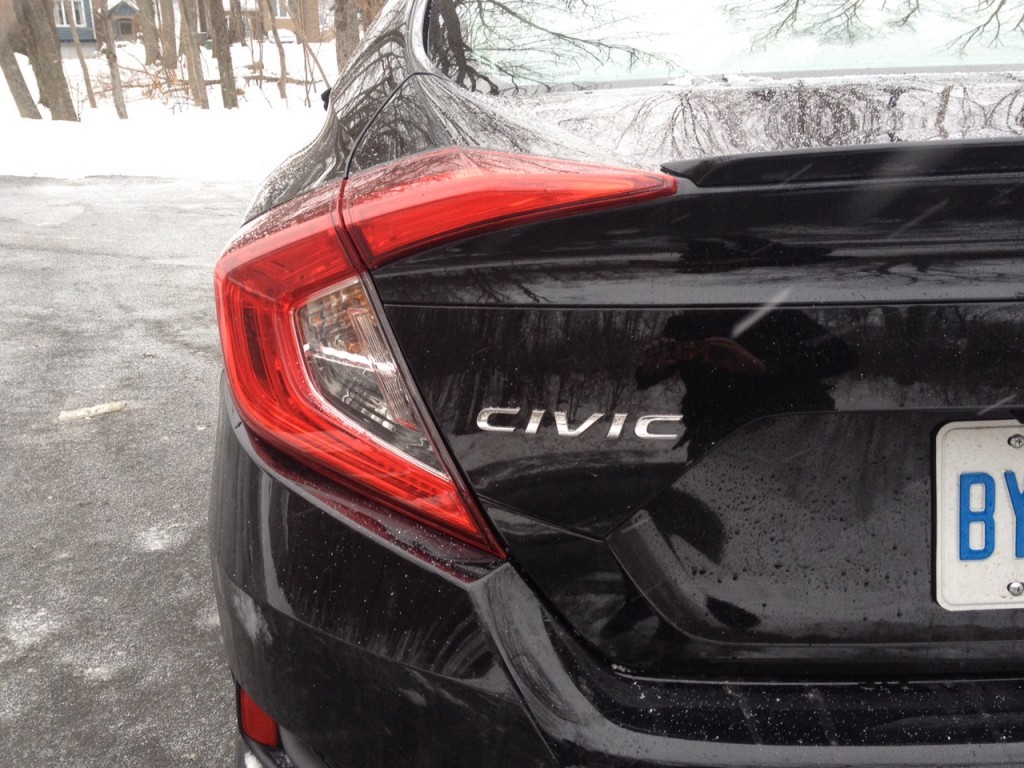 Kanye West’s last album was two years ago and it wasn’t necessarily a hit. Sure he did the typical Kanye West thing by challenging our preconceived notions of what music is and what it should sound like, but the general consensus is that he missed the mark. That was true of the 2012 Civic and it was all thanks to the competition furiously stepping up their game. 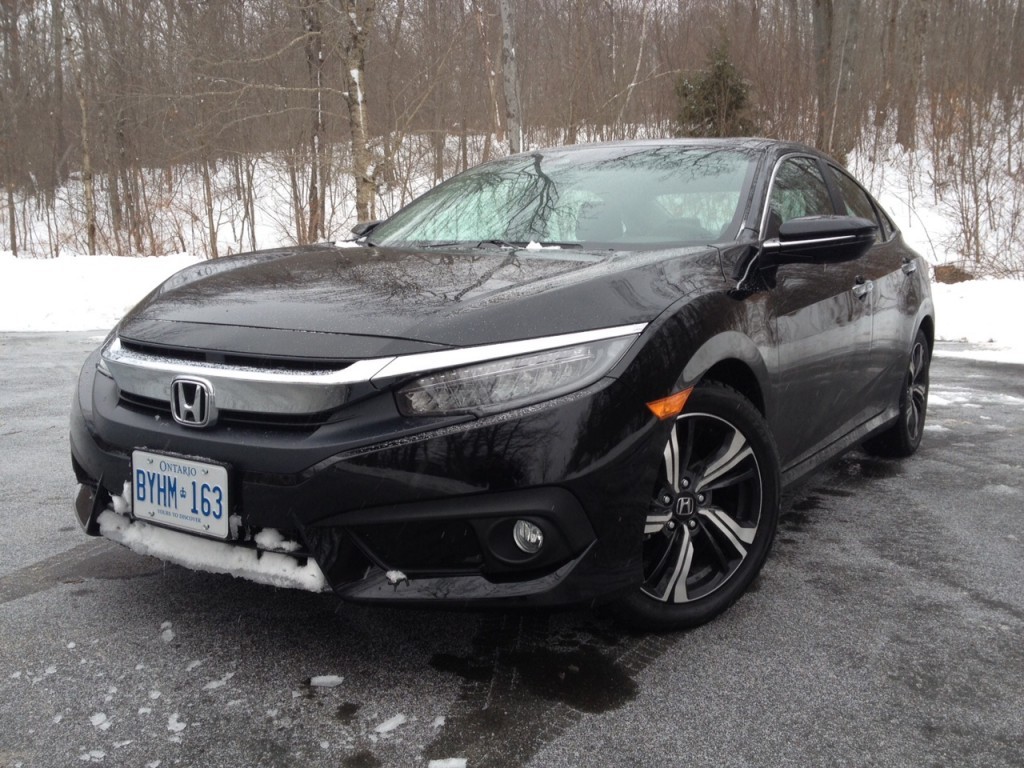 Kanye West is scheduled to come out with a new album that he describes as “not album of the year”, but rather as “album of the life”. The Civic is not ‘car of the life’ but it’s clear that Honda has genuinely put its best foot forward with the latest version. And in fact, it’s possible that it is the back to being the best in segment once again taking its familiar place at the top of the totem pole.

Once upon a time, the diesel engine looked like it was making a come back. Gone were the days of the 80’s where loud clattery diesel engines that spewed black soot from the tailpipe were the norm. Auto manufacturers had been spending a lot...

Trucks and SUVs have been dominating the sales charts lately. I personally don’t understand why. I’m not necessarily opposed to trucks and SUVs I just wholly believe that the majority of owners don’t need them. The amount of...